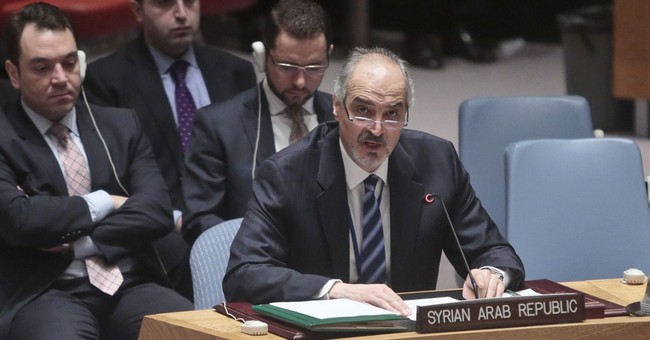 If this administration were a school student, they would have been graded as failed and even denied social promotion. Let’s go to class, especially in light of recent events in Russia and Ukraine:

The administration apologizes to the Islamic world yet terrorist actions against America show no signs of stopping.

Sell out tough and brutal, yet perhaps the most stable, leaders in the Arab world such as Mubarak, and see what comes after in the so called Arab Spring. No one supports Assad in Syria yet he was a bulwark against even greater Islamic fundamentalism, as was his Arab, somewhat secularist, socialist colleague Gadhafi. They were brutal dictators, yet what may come after them in Greater Arabia is Islamic fascism. This is what happens when you fail to see the world as it is and trust those with a different worldview on fundamental matters such as lying, oppression of minorities, treatment of women, free speech, freedom of religion, and the like.

Further destroy credibility when threatening tough military action with a red line in Syria. Then go back on that red line, however misplaced it was, and make a bad situation worse by taking Russia and Syria’s word to destroy all chemical weapons stockpiles in the latter nation. Today, only a small portion of Syrian chemical weapons have been destroyed and Syria is seeking “delays.”

Kill Osama Bin Laden, a most appropriate move, and then keep trying to close the prison that harbors his thugs; fanatics who are too dangerous to let go. Have you read the transcripts of the Islamists in custody, such as Moussaoui, who said "You're allowed to lie for jihad? You're allowed any technique to defeat your enemy?” I have a sneaking suspicion these kind cannot be rehabilitated nor will Islamic nations be placated by their return.

Make more declarations about our military superiority, while cutting them using code language such as “lighter, agile, and elite.”

Pivot to Asia, but still cut the military, while North Korea shows no signs of stopping its nuclear weapons program.

Make a weak nuclear deal with Iran while that nation’s leaders laugh at the gullibility of the administration. They say the deal shows the United States “surrendered before the great Iranian nation.” Our close ally Canada says that Iran has not earned the right to be given a pass in the so called nuclear deal. And forget the Keystone pipeline that would create jobs in both America and Canada. The administration calls those job creations minimal; tell that to the fella who won’t have a paycheck for his family because of that.

The administration may think it cool to release photo ops of the President wearing jeans in the Oval Office, and introducing millennial language to the foreign policy process (pivot, reset), but the results that increase the safety of Americans, our allies, and even non allies, are sadly lacking from what they promised.

The grades are in.