Larry O'Connor
|
Posted: Jun 23, 2022 12:01 AM
Share   Tweet
The opinions expressed by columnists are their own and do not necessarily represent the views of Townhall.com. 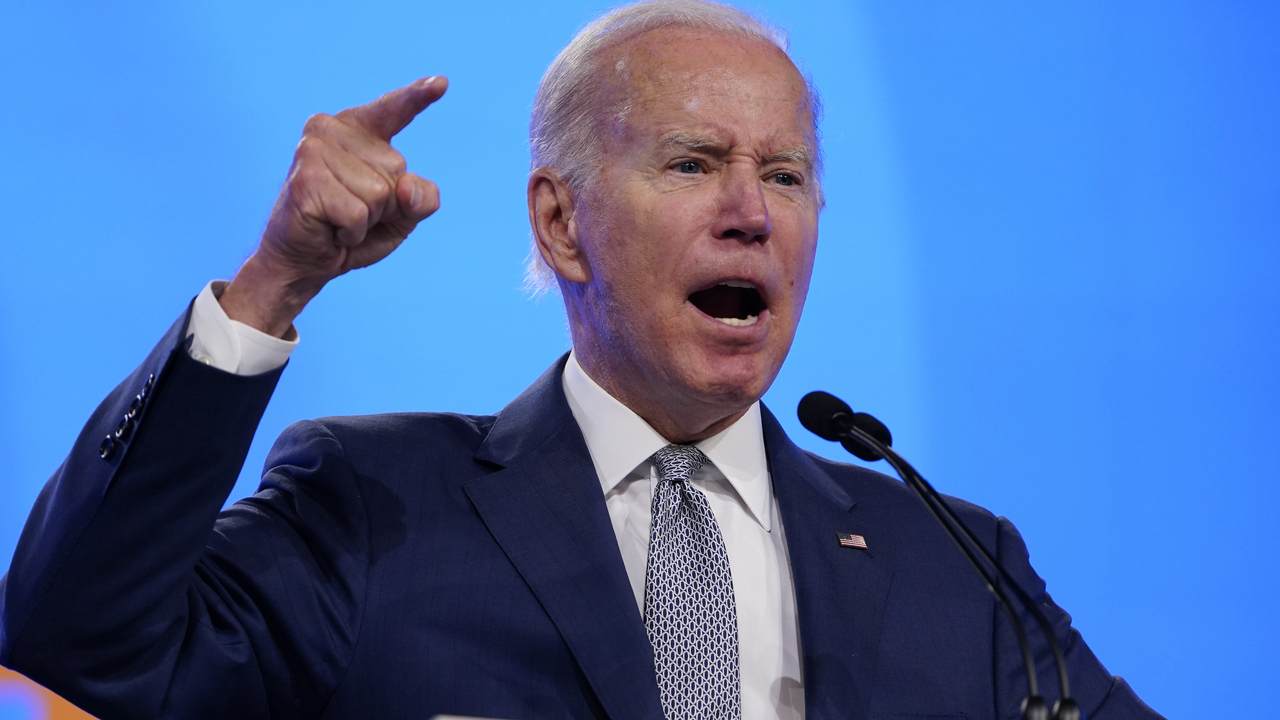 Women in Joe Biden's America find bare shelves when they reach for feminine hygiene products and baby formula to feed their infants. They have to forego their full-time jobs to stay home during "remote learning" sessions because Biden's pals in the teachers' unions refuse to show up for work. And now, their daughters are losing prizes and even scholarships for their athletic endeavors because Biden supports men who insist on competing against women at the high school and collegiate level.

Back in his good old days in the Senate Club, he had it made with women. He could pal around with fellow Democrats like Teddy Kennedy and Chris Dodd (creators of the infamous "Waitress Sandwich") and even corner his own staffer, Tara Reade, with the vilest kind of workplace rapey harassment, all the while enjoying glowing praise and unending support from feminist organizations.

That feminist support was willingly handed over in exchange for "Devoutly Catholic" Biden's unhesitating support for the legal killing of unborn babies. That's all it took.

Back in the roaring 80s and 90s, Joe's party could get away with the lie that Republicans were waging a "War on Women" because they dared to try to protect unborn girls from being dismembered in the womb and wanted to protect vulnerable, pregnant women from the predatory overtures of the vampires at Planned Parenthood.

These days, things are a little more complicated for Lunchbucket Joe.

These days, Biden can't keep some of these mouthy broads from showing up at school board meetings where they dare to challenge their intellectual superiors who have decided their kids can learn just fine on a laptop at the kitchen table for two years straight and once they do come back to class, they should sit through hours of anti-racism social engineering and gender-identity indoctrination at the age of seven.

Who do these uppity women think they are complaining about such matters? Don't they know Joe kept Robert Bork from the Supreme Court back in the day?

As the legacy media and the dinosaurs running the Democratic Party attempt to spin the impending decision on the future of legalized abortion into a game-changing election-year issue, most women appear to be focused on the basics of $5.00 per gallon of gasoline and the daily challenge of making their own baby formula because Biden's government has ineptly infringed on domestic production and foreign imports of this basic necessity.

While the extreme activists cover themselves with fake blood and execute highly choreographed performance art pieces in front of Justice Amy Coney Barret's home, the other women who live on her cul-de-sac are desperately searching the Interwebs for tampon alternatives. (The results are really not very appealing.)

What we are seeing in the Biden Administration is the real war on women.

Contrary to what liberal activists would have you believe, women are more than just humans who might need an abortion someday. And their political interests don't boil down to the presupposition that unplanned pregnancies must end in a shameful, bloody act overseen by ghouls like Nancy Pelosi and Andrew Cuomo.

Conservatives are often falsely accused of only caring about pregnant women until they are "forced" to have their babies and then they are ignored and neglected. This, of course, is a slanderous lie.

The truth is it's Democrats like Biden who have proven to not give a damn about the women who end up giving birth and now face some basic challenges like finding formula to feed their children and finding good schools that focus on education over indoctrination.

And when one of those little baby girls grows up to show promise as a student-athlete in high school, Biden and the Democrats are ensuring that she will be faced with men identifying as women invading her locker room.

Yes, the Biden War on Women includes the delightful image of a 14-year-old girl seeing a penis for the first time in her life as she dresses for soccer practice next to one of her teammates.

When Biden's Title IX modifications are presented, that little girl will need to quickly shake off the trauma of seeing "Betsy's" penis in the locker room because soon she'll be competing against (and probably losing out to) Betsy for a college athletic scholarship.

As the abortion issue is removed from the realm of our judicial branch and put back into the hands of voters where it belongs, we could very well be on the verge of a drastic realignment over the way women vote in this country.

If the next several elections boil down to abortion, transgender policies, and Democrats' performance with the economy, inflation, and supply-chain issues, I like Republicans' chances. Unless they're stupid enough to not use the same kind of histrionic rhetoric that's been used against them for the past several decades (by politicians like Biden.)

Step up, Republicans. Call this what it is.

It's Joe Biden's War on Women.

Larry O'Connor hosts "America's Morning Show," O'Connor and Company on WMAL in Washington DC every weekday morning. His growing Locals community is available to the public and is fast becoming a place where everyone can discuss all the things you're not supposed to talk about in polite company.