Larry O'Connor
|
Posted: Mar 12, 2021 11:50 AM
Share   Tweet
The opinions expressed by columnists are their own and do not necessarily represent the views of Townhall.com. 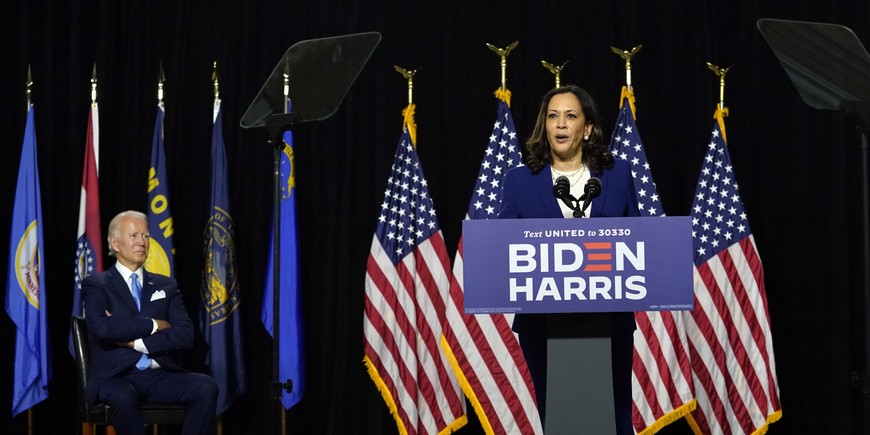 Let's face it: Joe Biden is not totally in control of his mental faculties.

You know it. I know it. Everyone knows it.

In other words, as frightening as it is to have a mentally debilitated Commander-in-Chief, is it still better than a competent and empowered President Kamala Harris?

As #DementiaJoe trends on social media following President Biden's shaky performance Thursday night in his address commemorating the one-year anniversary of "Fifteen Days to Slow the Spread," it's important to seriously examine just how bad the Biden situation is.

Jim Antle in the Washington Examiner focuses on this issue from the perspective of Mr. Biden's age, which is certainly part of the issue.

President Biden moves more slowly than when he was vice president under former President Barack Obama. He squints slightly when looking at the teleprompter and sometimes misspeaks anyway.

Before taking office, Biden suffered a minor injury in a fall (the transition office said at the time that he tripped while playing with his dog). Since then, he has yet to hold a solo press conference. Reporters are sometimes shooed away at his public events, where his wife, Vice President Kamala Harris, or aides can be seen pointing him in the right direction.

Of course, we all know people in our lives who are as old or even older than President Biden who do not exhibit the obvious signs of diminished capabilities we are all witnessing, so to write this entire problem off to his age is not entirely accurate.

Earlier this week, I spoke with Rep. Mike Garcia, a Republican from a barely-red district in California.

Garcia held nothing back with regard to his opinion on the president's condition.

“This, to me, in my opinion, and I mean this as gracefully and tactfully as I can, I think we are seeing nationally one of the most grievous examples of elderly abuse in our nation,” Garcia told me.

“This president is not fit for office. I don't really believe he understands what he's doing, and he's got a political machine behind him that's propping him up, and it scares the hell out of people like me who value our national security,” he concluded.

You can hear the entire interview right here.

Congressman Garcia just won re-election by a few hundred votes. It's not like he's some sort of rabid, flame-thrower who can lob rhetorical grenades. He's a Naval Academy graduate and a former fighter pilot. He's a straight-shooter and is not known for wild, irresponsible rhetoric. Given the toss-up nature of his district, he can't "go there."

So, for a relatively cool-headed Republican like Garcia to flat-out declare that Biden is "not fit for office" should be seen as a significant development.

It really makes you wonder what's being said by Democrats in Congress when the microphones aren't on.

So given the fact that a congressman like Garcia is so open with his grave concern over President Biden's capabilities (or lack thereof), it's quickly becoming a question of when, not if, he is no longer able to serve. As Garcia said, he may be unable to serve as of now.

So back to the original question. Are we actually better off with the diminished Biden than with a fully-capable Kamala Harris?

There may not be a good answer to it. One thing is certain: It sucks that we, as a nation, have been put in this awful position.