Larry O'Connor
|
Posted: Feb 11, 2021 1:10 PM
Share   Tweet
The opinions expressed by columnists are their own and do not necessarily represent the views of Townhall.com. 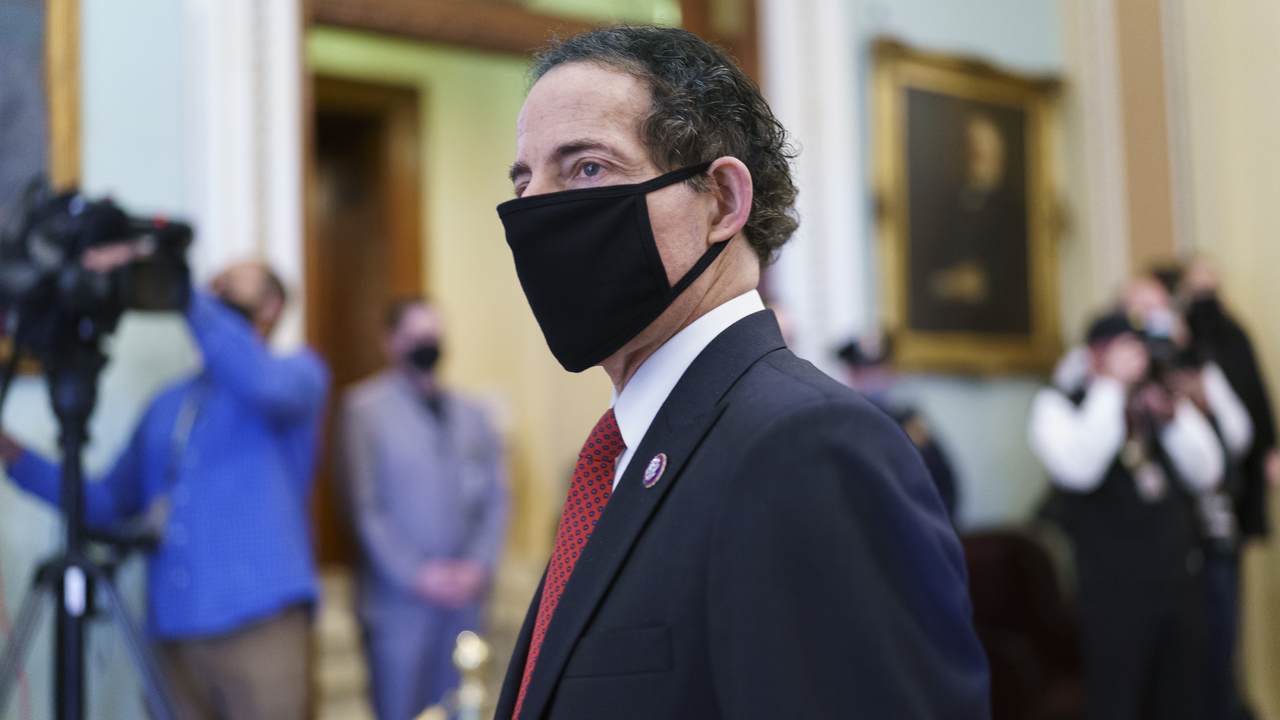 We've been waiting for the Democrats and their media pals to unequivocally condemn violent political riots for many years now. How stupid were we to think that after the events of January 6, we could all unify and finally agree that political violence is never, ever acceptable?

The Democrats' impeachment strategy that is playing out in their made-for-television Senate trial makes a very clear and definitive case: If you don't blame Trump for what happened... nay... if you don't determine that he is guilty of "inciting insurrection," and therefore must be removed from office (that he currently doesn't occupy), you are complicit with the horrible crimes of rioters wreaking havoc on the Capitol.

Of course, we hate what happened on January 6.

Of course, we want those who broke the law and broke windows and broke limbs to be prosecuted to the fullest extent of the law.

Of course, we believe that because we've been saying just that for years as our major cities are burned and looted and their citizens terrorized by rioting mobs demanding justice in exchange for peace.

This is what we've been saying for years.

And what has the response been?

We were lectured about how we must understand the rage of the criminals destroying private property and injuring innocent victims.

We were lied to about how the riots were actually "mostly peaceful" protests.

We were gaslighted about an out-of-context quote from pacifist Rev. Martin Luther King Jr., which Democrats assured us was King's endorsement of riots and arson. Oh yes, they really tried to tell us that MLK was just fine with riots because he once said, "A riot is the language of the unheard."

What all the liberal analysts and paid, cable news activists neglected to tell us was the Nobel Peace Prize winner went on to say, "I've been searching for a long time for an alternative to riots on the one hand and timid supplication for justice on the other and I think that alternative is found in militant massive non-violence."

In the same speech, he also said, "But our destinies are tied together. And somehow, we must all learn to live together as brothers in this country or we're all going to perish together as fools. Our destinies are tied together. Whether we like it or not culturally and otherwise, every white person is a little bit negro and every negro is a little bit white. Our language, our music, our material prosperity, and even our food are an amalgam of black and white, so there can be no separate black path to power and fulfillment that does not intersect white routes and there can ultimately be no separate white path to power and fulfillment short of social disaster without recognizing the necessity of sharing that power with black aspirations for freedom and human dignity. We must come to see. . .yes we do need each other, the black man needs the white man to save him from his fear and the white man needs the black man to free him from his guilt."

Try saying that on a college campus today.

Yes, as we have been pushing back on the rationalizations of the Left for the violent political riots of 2020 and years before, we've been met with resistance and excuses. We've been met with righteous chants of "no justice, no peace," and we've warned that the normalization of political violence will eventually, regrettably, horrifyingly result in extremists across the entire political spectrum acting out violently because, after all, MLK said it was just "the language of the unheard."

No. No, we've been saying. No matter your cause, the moment you destroy, burn, loot, defy police, break the law and injure innocent people, your cause no longer merits attention. You are now a criminal unworthy of my time.

That's what we've been saying.

And then January 6 happened.

There we were. Ready to join now with Democrats, now that they saw before their very eyes the obvious manifestation of their dangerous, political tactic to harness rage and manipulate it for their craven quest for power.

Instead, they've continued the same tactic.

As Republicans and conservatives maintain their consistent condemnation of political violence, including the abominable acts of January 6, Democrats have determined that mere condemnation of the riots and calls for justice against the perpetrators is not nearly sufficient for their political bloodlust.

No. You must twist and fold the facts on hand in such an unrecognizable origami that the only conclusion one can reach is that it is all Donald Trump's fault, and he must personally be punished through the constitutionally suspect process of an impeachment trial for a former president.

And that's it. No wiggle room. No gray area.

Democrats have set the terms of the argument: If you are against punishing Trump in the Senate trial, you are one with the rioters. If you vote to acquit the former president of "incitement to insurrection," you are as guilty as the hundred or so criminals who broke from the tens of thousands of protesters to storm the Senate chamber.

There is no room for anyone else.

The extremism of the Left in this country always disrupts and blocks any reasonable opportunity to reach some level of unity. This is just the latest example.

It might feel lonely sometimes, but in the end, the universal condemnation of political violence in our civil society is and will remain to be the only formula to keep it that way.