Larry O'Connor
|
Posted: Jan 21, 2021 11:45 AM
Share   Tweet
The opinions expressed by columnists are their own and do not necessarily represent the views of Townhall.com. 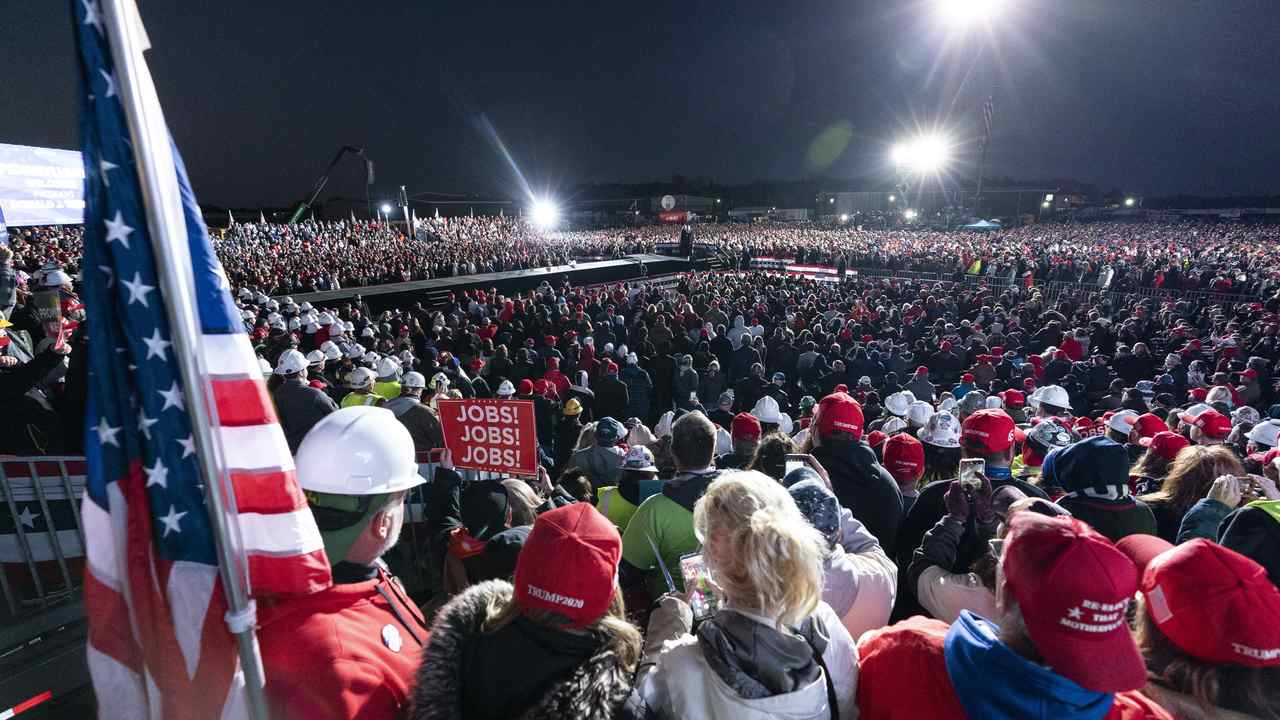 That number keeps coming back to me.

74,216,722 votes for a president who was relentlessly vilified, maligned, lied about, and falsely accused of treason (not to mention high crimes and misdemeanors) every day of his presidency.

74,216,722 votes for a man who made unforced errors and harmed his own cause in innumerable ways but still managed to accomplish policy goals the polished, practiced, professional Republicans who came before him only gave lip service to but never really intended to lift a finger to accomplish.

74,216,722 voters who defied the overwhelming, multi-headed leviathan of academia, pop-culture, mainstream news media, Hollywood, Broadway, professional sports, and big tech by going out of their way in a pandemic to vote for the most demonized figure in modern American history.

"Unity" seems to be the word of the hour. It's a lovely notion. I mean, who doesn't want unity? Things are so much easier when we are unified, aren't they?

But unity is a goal without any moral, principle, or value associated with it. To merely unify is a meaningless activity without examining what we are to unify around.

To unify a nation around a destructive, immoral, and even evil policy is no great accomplishment.

We are all for unity. We would have appreciated a little unity around "America First" or perhaps around "Enforce our immigration laws as written" or "The US Embassy in Israel belongs in the capital city of Jerusalem." These are all good ideas and would be worthy of unified support. Instead, all we got was The Resistance.

The calls for unity are really calls for no more debate. As Obama (the last great "Let's all unify" president) said as he dismissed Republicans who wanted some input into some of his more radical agenda items, "I won, you lost."

They sort of succeeded in the final weeks of the presidential campaign.

The mainstream media and big tech oligarchs colluded with the Biden campaign to virtually erase a factual, truthful, and completely legitimate report concerning an open FBI criminal investigation involving Hunter Biden and his ties to America's foreign adversaries, millions of dollars, and an alleged pay-to-play scheme reaching all the way to the new president.

That story was virtually muted. Silenced. In other words, we had unity.

They want all of us to shut the hell up. That's the only way they achieve unity.

We aren't going away. At least, not easily.

But, all of us have to be ready because the attempts to silence us and our ideas in the name of unity have already begun.

The attacks on social media freedom are now leading to an attack on conservative-leaning news outlets and will be followed by attacks on talk radio and eventually on right-leaning websites like this one.

The first thing all of us can do is to support all those outlets we need on a daily basis to stay informed and, even more importantly, stay united in our loyal opposition to the creeping socialism we are about to witness in Washington, DC.

To that end, please, if you haven't already, renew your VIP membership to Townhall and, more importantly, share the news of your membership with your friends and contacts on Facebook and other social media platforms so they can join too. If we stay strong and stay together, we have a chance to stay alive to fight another day.

Now is the time when we need to know who our friends are and plan for what's coming next.

74,216,722. That's not nothing. And it is the perfect start for the courageous growth we need to renew this country again.

We aren't going away. And we won't be quiet. Never.