I Don't Make Predictions, But...

Larry O'Connor
|
Posted: Oct 29, 2020 1:30 PM
Share   Tweet
The opinions expressed by columnists are their own and do not necessarily represent the views of Townhall.com. 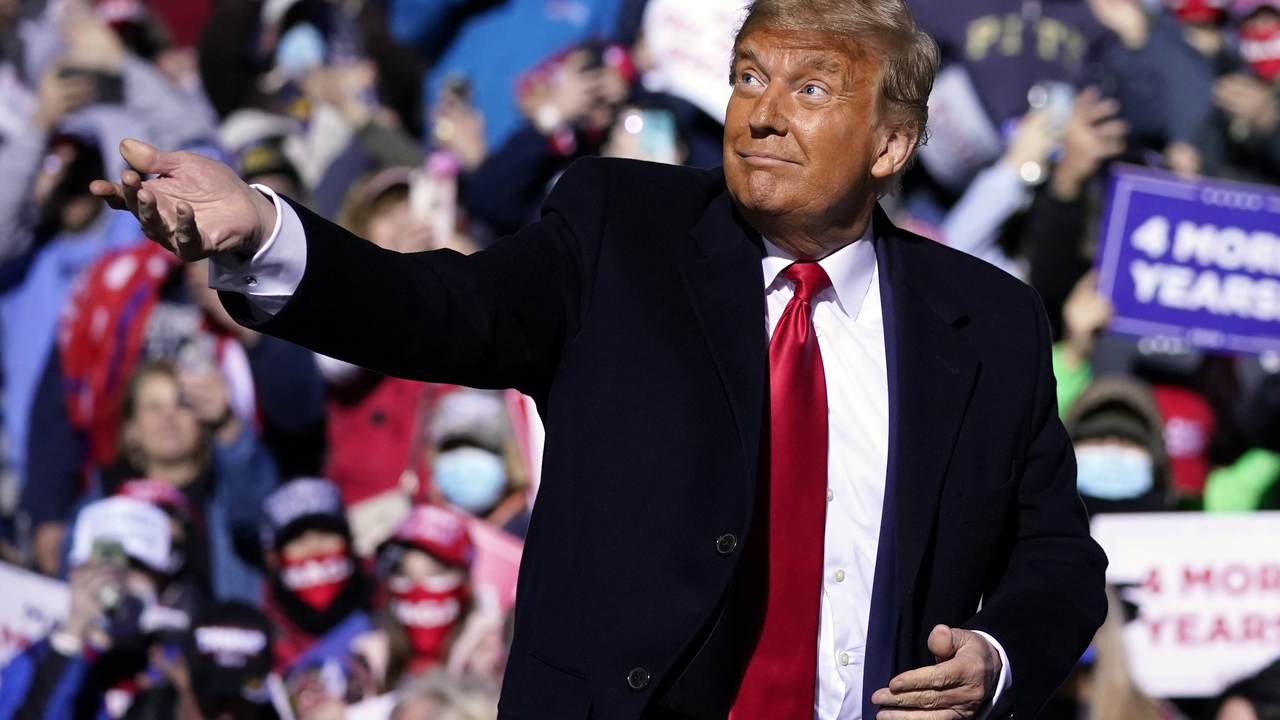 I hate (and I do mean HATE) the trend of journalists, analysts, and commentators rushing to the closest television camera or website to make their Nostradamus-like forecast of what is going to happen on Election Day.

When did the craft of journalism include the fine art of prognostication? (I mean, other than suggesting whether or not you should take the three points on the Lions at home this weekend... spoiler alert: Yes, you should.)

I personally detest every smart guy and gal telling you what's about to happen on Election Day rather than analyzing what is actually happening right now and what that means to all of us. Discussing the actual news and why we should care about the facts we know is much more valuable than guessing about what is going to happen next week, wouldn't you say?

Not gonna do it.

However... You are a VIP member of Townhall, and this column is exclusive to you. This is just between us, right? Like if we were at a bar on the marina in Annapolis watching the uniformed midshipmen stroll by on liberty as the over-sized ice cube in our Buffalo Trace bourbon slowly starts to melt under the mid-day, weekend sun.

As we watch the boats sail off into the Chesapeake Bay and the sun gives us the last autumn warmth we'll experience before the chill of winter sets in, let's just... hypothetically talk through next week's election, shall we?

First, let's understand what we are looking to achieve this Tuesday. This is all about 270 electoral college votes, nothing else. You know that. You're smart. You don't read Vox. But, I just wanted to reiterate... the national popular vote is literally meaningless, and by extension, national popular opinion polls that reflect the national presidential preference is absolutely meaningless. So ignore it.

We are about to engage in 51 elections—one in each state and the District of Columbia. The winner of those elections will determine the distribution of electors for the electoral college. The candidate who achieves 270 electoral votes will be president for the next four years.

Now, to predict what will happen next week, we have to look at what happened four years ago.

Trump marched his way to victory by securing states that had traditionally fallen into the Republican column. From there, he had to stitch together a combination of states that tend to fluctuate between Republican and Democrat. But, he went further... he flipped several states that had voted Democrat for many, many years (decades even) and put them in play for 2020. I'm talking, of course, about Michigan, Wisconsin, and Pennsylvania.

Since those three states were kind of the "wild card gains" in the last election, let's set them aside for a moment, ok?

Let's go back to the map of solid GOP states and go from there.

If Trump does what he did four years ago, he will lock in the traditional GOP states as well as the one congressional district in Maine (where he recently traveled for a rally). This assumption includes traditionally GOP states like Texas, Georgia, Arizona, and Iowa.

And, let's face it: If Texas and Georgia go for Joe Biden, the rest of this analysis is completely irrelevant, and we, as a conservative movement, have a lot of work to do.

Now, that moves us to the two states that have recently been swinging back and forth, North Carolina and Florida.

Please note: Ohio is NOT even in this conversation at this point, and most analysts agree. Ohio is solid for Trump. Remember four years ago? Ohio was supposed to be a "toss-up," and it wasn't even close. Remember that... more on the Ohio phenomenon later.

So, North Carolina and Florida.

I'll be frank: I don't see Trump winning the White House if he doesn't win Florida. The map is just too hard to sweep if he doesn't have Florida's 29 votes. Trump knows this. It's why he has spent so much time there. To me, Trump is in a very strong position here. Multiple polls show him up as many as four (Rasmussen and Susquehanna), and even the RCP average puts it within half a point, which takes into account the usually slanted polls showing Biden doing well.

But, more importantly, my opinion of Florida is informed more by what happened in 2018. Rick Scott won the Senate seat and Ron DeSantis won the governor's seat. Neither were "supposed" to win, according to the experts and the polls. And 2018 was a horrible year for Republicans in general, but not in Florida. Also, Trump is polling very, very well with Latino voters there. That will tip the scales... Trump wins Florida.

North Carolina is also considered a "toss-up" according to the RCP average. This includes two polls (Rasmussen and Trafalgar) that show Trump up by as many as three points in the state. As far as I'm concerned, I'm going with the state-wide polls that were right in 2016, and I'm barely paying attention to all the polls that were wrong at that time. I mean, shouldn't they get it right for once before I believe them? In 2016, it was also a toss-up, and Trump won by nearly four points. He "outperformed" the polls. Expect the same this time around.

If Trump wins the traditionally GOP states and secures Florida and North Carolina, he will tally 260 electoral college votes.

How does he get there? Well, it's at this point we look back at those three states: Michigan, Wisconsin, and Pennsylvania.

Trump only needs one of them. Just one. Biden needs all three.

Also, consider that the Trump campaign considers Minnesota a "toss-up" state at this point. Now, I don't agree because, being consistent, a state that has voted for the Democratic candidate since 1976 needs to actually flip one of these times before I consider the possibility... no matter what the polls say.

So let's just focus on the three. Pennsylvania has been ground zero for most of the rallies and campaign events for both candidates. It's the big enchilada.

Two things tell me Trump is in the driver's seat: Biden's fracking/oil blunder and Trump's strength as an incumbent rather than an unknown quantity.

The fracking thing is, frankly, enough to give the state to Trump. Remember how Ohio isn't even a "toss-up" this time around? Well, much of the western part of Pennsylvania is culturally, economically, and demographically very similar to Ohio. It has stayed solid for Trump and will only be more resolute and motivated with the threat of their livelihood threatened by Biden's radical fracking position. This is not theoretical... these people remember how dismissive Obama was to their lives. It's why they went for Trump last time around.

Then there's the "known quantity" thing. In 2016, these Pennsylvania voters took a leap of faith. They went for Trump and defied all odds, as well as their past voting habits cemented over many decades. They didn't know what they'd get in a Trump presidency, but they took a chance. Are they better off than they were for taking that chance? That will be the key question, and most economic and cultural indicators would say the answer to that question is "yes."

And that's how Trump wins.

Or not. I mean, who knows? This is why I don't make predictions.