Larry O'Connor
|
Posted: Jul 09, 2020 12:15 PM
Share   Tweet
The opinions expressed by columnists are their own and do not necessarily represent the views of Townhall.com. 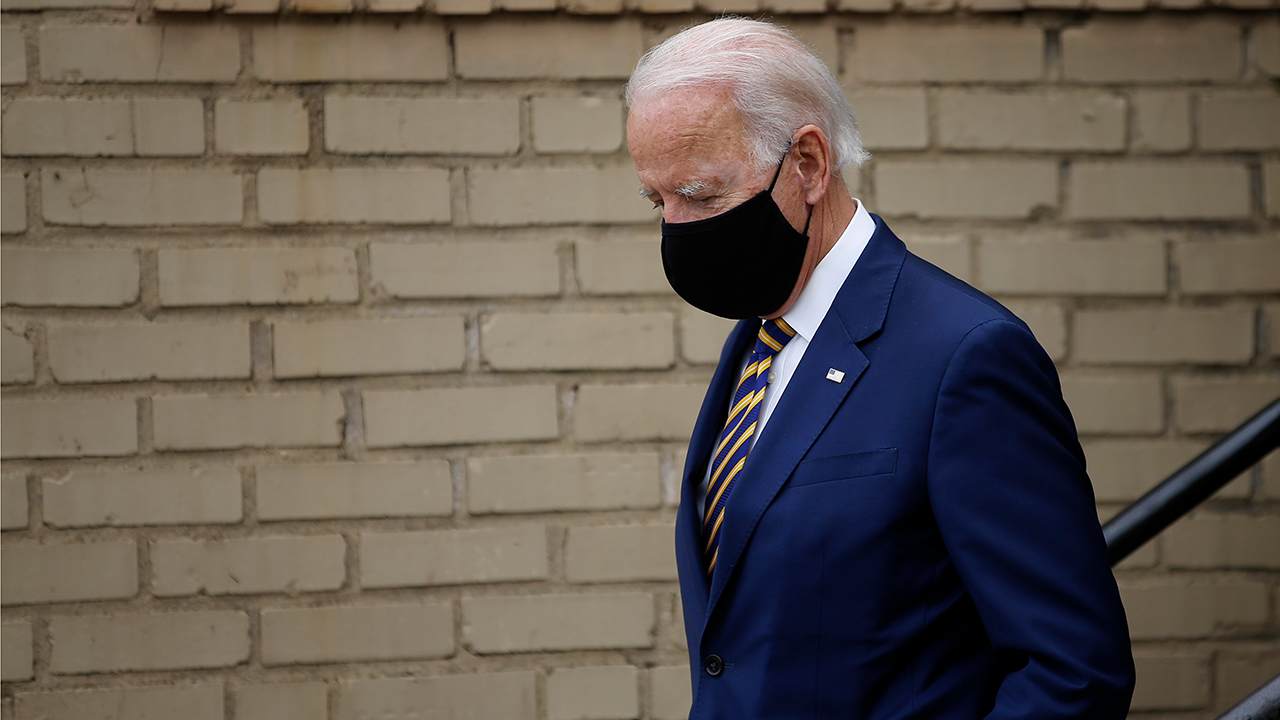 Joe Biden had an opportunity. He could've condemned the violent mobs in the streets tearing down the very institutions that have kept us free and prosperous for centuries.

Instead, he decided to join the riots and declare police officers "the enemy."

This could have been his "Sister Souljah" moment. It would've been so easy. Frankly, it might have given him that edge he needs to appeal to voters in Pennsylvania, Michigan, and Wisconsin that Hillary Clinton lost in 2016.

But he couldn't do it. He didn't have the guts.

It was the 1992 presidential campaign, and President George H. W. Bush had done a pretty good job painting the Arkansas governor as a southern clone of namby-pamby liberal Michael Doukakis, the Massachusetts governor he had defeated in 1988.

Souljah was an obscure rapper who was quoted in the Washington Post after the 1992 Rodney King riots saying, "If black people kill black people every day, why not have a week and kill white people?"

Clinton cynically seized on the quote and condemned the relatively unknown recording artist as well as Jesse Jackson for having her on his Rainbow Coalition at the time.

Clinton appeared before Jackson's organization and, in a bit of scripted theatre, quoted one of Souljah's song lyrics: "If there are any good white people, I haven't met them." Clinton lectured the predominantly African-America audience, "If you took the words 'white' and 'black,' and you reversed them, you might think David Duke was giving that speech."

From that point forward, it was Clinton's election to lose. He courageously (and quite cynically) distanced himself from Jackson and the radical fringe of the Democratic coalition who was rationalizing and even celebrating the Los Angeles riots. Clinton let every moderate and suspicious American voter know that he was not a wimpy liberal beholden to his party's fringe element. And the voters believed him.

Biden could have done the same thing this week.

With continued violence in the streets and the fringe of his party (now securely in place as the Democrats' intellectual and fund-raising power) cheering it on and promising further destruction of the American way of life, Biden could have set himself apart from the mob.

In 2016 America was paralyzed for over a week in a news cycle criticizing Donald Trump for not sufficiently disavowing the support of an obscure neo-Nazi named David Duke whose influence and prominence had been reduced to a podcast with about 10 listeners.

Trump's inability to meet Jake Tapper's standard for sufficient outrage and condemnation of Duke's endorsement became a national scandal (until the next phony scandal came along).

The American people didn't make much of it because they realized that Duke was irrelevant and had no power or political influence. Furthermore, everyone recognized that Trump couldn't control who supported him.

In an interview with left-wing click-bate machine NowThis, Biden made it clear that he was throwing down with the anarchists.

When asked if he agreed with the principle of defunding police departments and redirecting law enforcement resources to big government social programs, he said, "Yes, absolutely."

Even more infuriating, he said, "Surplus military equipment for law enforcement? They don't need that. The last thing you need is an up-armored Humvee coming into the neighborhood; it is like the military invading; they don't know anybody; they become the enemy. They're supposed to be protecting these people."

"They become the enemy." The police.

The men and women in uniform who Democrats like Biden have used as the backdrop for their photo-ops as they proclaim their love for "our first responders" are now "the enemy" when Biden cravenly needs the support of the radicals in his party.

It would've been so easy for him. And he couldn't do it.

Now we have a clear choice this November (as if it wasn't pretty clear before).

One candidate is now on the same side as Ilhan Omar, who this week said we need to "begin the work of dismantling the whole system of oppression wherever we find it."

That same candidate is on the side of Black Lives Matter, an organization that is "committed to disrupting the Western prescribed nuclear family structure."

That same candidate said that law enforcement has "become the enemy" of the communities they are willing to sacrifice their lives to protect on a daily basis.

The other candidate has the courage and conviction to condemn these groups and individuals with full-throated resolve.

Biden could have wrestled this issue away from Donald Trump and shown himself to be a courageous man of principle. Instead, he coward in his bunker and fed the rage machine.

And that's why he must be defeated this November. Our very system of law, order, and prosperity may be riding on it.