Larry O'Connor
|
Posted: Jun 25, 2020 12:10 PM
Share   Tweet
The opinions expressed by columnists are their own and do not necessarily represent the views of Townhall.com. 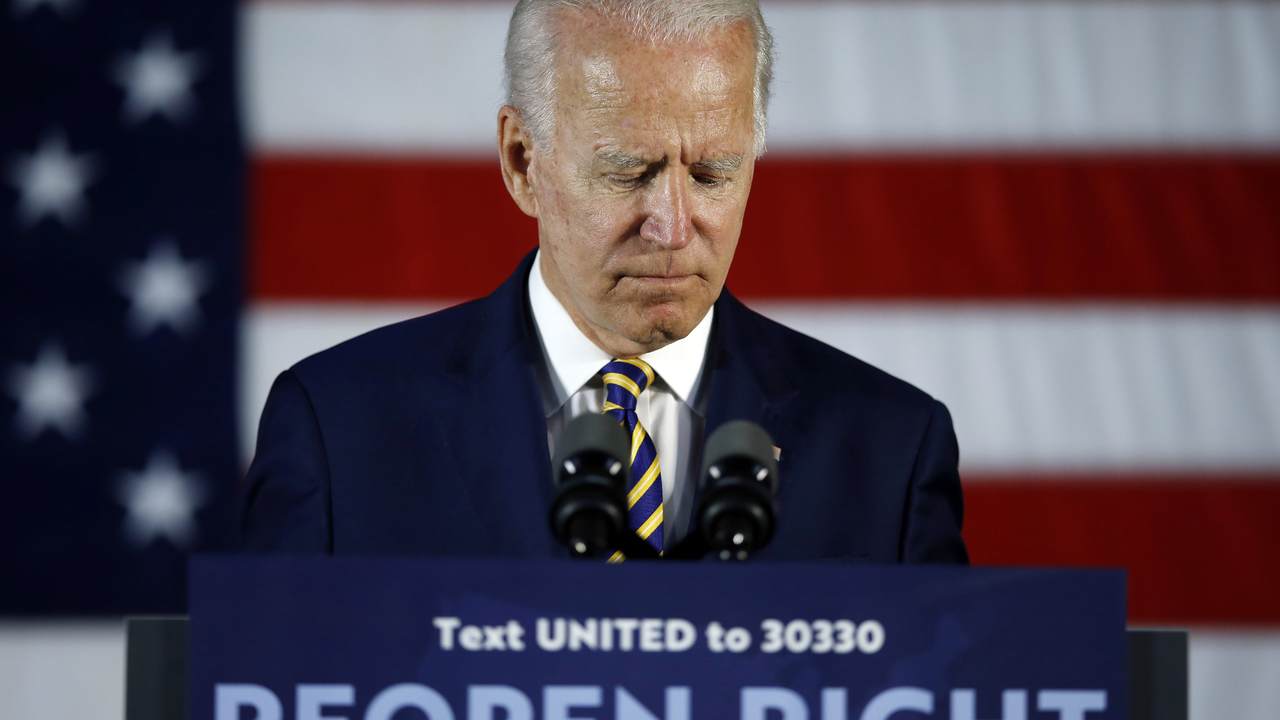 The note is as clear as day and can't be ambiguously interpreted or misinterpreted to throw Joe Biden a lifeline. Disgraced FBI official Peter Strzok made the notation personally and helpfully added the quotation marks so that we all know that Mr. Biden raised the issue of the arcane, unenforced, and probably unconstitutional law that was employed as a pretext to set-up, entrap and ruin Gen. Michael Flynn.

It's right there, for all of us to see.

Yet, most mainstream media outlets refused to even acknowledge the stunning revelation produced Wednesday as part of the years-long effort by Flynn and his tenacious lawyer Sidney Powell to expose the conspiracy behind the legal character assassination of the 33-year Army veteran.

If you've relied solely on CNN or the Washington Post for your news (and we know you're smarter than that), here's the Sean Davis/Mollie Hemingway breakdown of Strzok's notes released yesterday. The January 4 meeting that Strzok memorialized in these notes has become the center of the very real conspiracy against Flynn. Strzok recorded the contributions of "NSA-D-DAG" (Susan Rice, James Comey, Sally Yates), "VP" (Biden), and "P" (Barack Obama).

P: These are unusual times

VP: I’ve been on the intel cmte for ten years and I never

P: Make sure you look at things + have the right people on it

P: Is there anything I shouldn’t be telling transition team?

Peter Strzok's Notes Co... by The Federalist on Scribd

The meeting took place as the FBI had ended its investigation into Flynn and his possible involvement in the debunked "Russian Collusion" theory. They were sure Flynn had not done anything illegal during the campaign. That's when this meeting of the highest levels of the Obama Administration took place.

They couldn't let Flynn go. He had to be destroyed. He had to be removed from his position as Trump's National Security Adviser, humiliated and, if possible, jailed.

That's when Joe Biden came up with his asinine and outrageous suggestion.

It was Biden, the man who wants to be president, who suggested using the Logan Act as a ruse to continue the investigation of Gen. Flynn. This despite the fact that FBI Director James Comey suggested that the Flynn calls with Russian Ambassador Kislyia "appear legit."

Biden didn't care. He wanted Flynn destroyed, so he came up with the Logan Act farce.

This is the smoking gun. This proves Biden was an active part of this conspiracy.

And to make matters worse, Biden has continuously lied about his involvement.

In mid-May, MSNBC's Lawrence O'Donnell asked Biden about what he knew, if anything, about the investigation into Flynn.

"I was never a part or had any knowledge of any criminal investigation into Flynn while I was in office. Period. Not one single time," was Biden's deceitful answer.

Later in May, ABC News' George Stephanopoulos asked Biden, "What did you know about those moves to investigate Michael Flynn?"

"I know nothing about those moves to investigate Michael Flynn," Biden replied.

When former Clinton toadie Stephanopoulos helpfully reminded Biden that he was in the January 4 meeting where the investigation was discussed, Biden lied about the answer he had just given 20 seconds before.

"I thought you asked me whether or not I had anything to do with him being prosecuted," he claimed.

This makes no sense. His answer to Stephanopoulos specifically stated, "I know nothing about those moves to investigate Michael Flynn." He said nothing in his answer about prosecuting Flynn; he deliberately said he knew nothing about investigating Flynn. Then when reminded that he clearly knew something about the investigation, he immediately lied and claimed he misunderstood the question.

"I was aware that there was, that they had asked for an investigation," Biden responded. "But that's all I know about it. I don't think anything else."

Joe Biden not only knew a lot more, but he was also the person who helped design the corrupt basis for the Flynn investigation in the first place. And when asked about it, he lies and lies and lies.

If we had a legitimate and honest political press in America, they'd be pressing him on this issue. He'd be forced to answer for his lies and answer for his involvement in setting up Flynn and attempting to ruin his life for the crass, petty political ambitions of his corrupt party.

Who will be the first journalist to press Joe Biden on the smoking gun of his involvement in this scandal?

Who will ask him about VP: "Logan Act"?