Larry O'Connor
|
Posted: May 07, 2020 11:15 AM
Share   Tweet
The opinions expressed by columnists are their own and do not necessarily represent the views of Townhall.com. 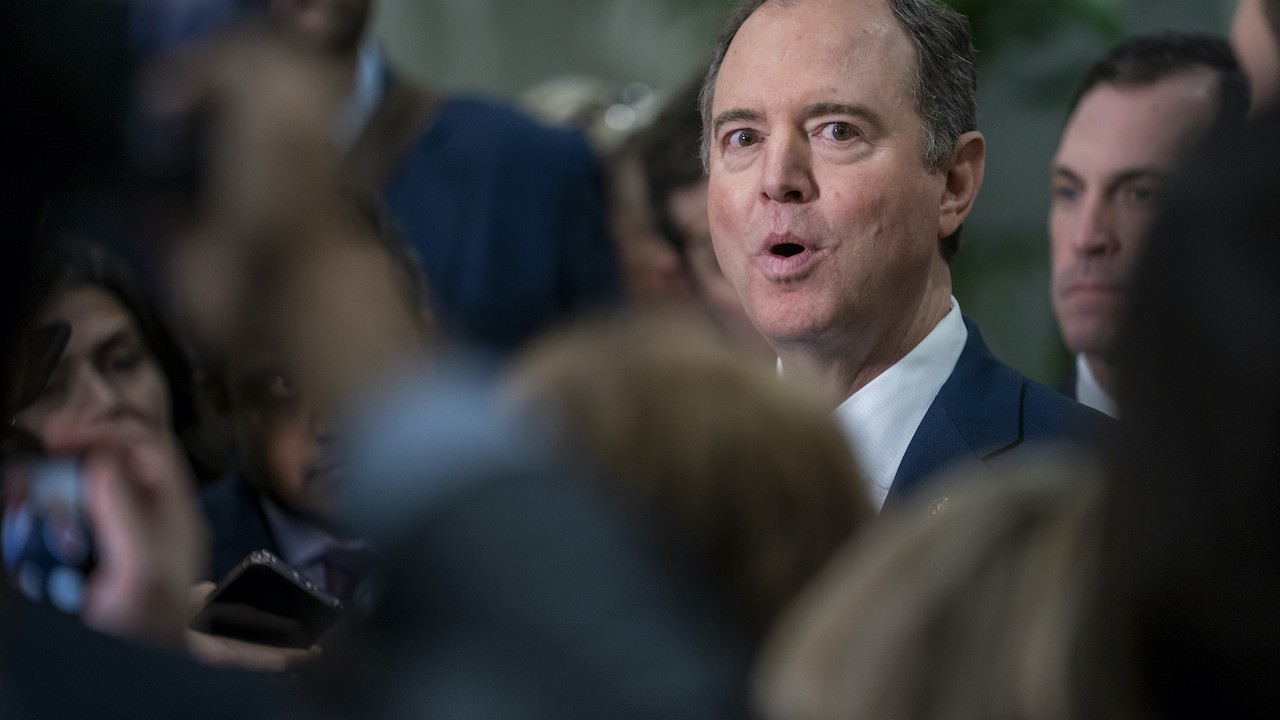 In Washington, D.C., there are run of the mill hardball moves and then there's the kind of devastating pincer maneuver that Acting Director of National Intelligence Richard Grenell just put on hapless Adam Schiff that just need to be marveled at as if you've just seen a great masterpiece artwork in person for the first time in your life.

In September 2018, the House Select Committee on Intelligence, then led by California Republican Devin Nunes, voted to release the transcripts of every interview conducted during their "Russian Collusion" hearings that had all been conducted in secret.

Democrats (led by Schiff, who was the ranking member at this time) agreed and the vote was a very rare unanimous ballot. The transcripts were then sent to various intelligence agencies for final clearance and there they have stayed with no discernable timeframe for their release. Until now.

This week, Grenell notified now-Chairman Schiff that the transcripts have been fully reviewed and are now ready for release.

Byron York at The Examiner has the exclusive report on Grenell's letter to Schiff, which included a devastating passage:

"I urge you to honor your previous public statements, and your committee's unanimous vote on this matter, to release all 53 cleared transcripts to Members of Congress and the American public as soon as possible," Grenell said. Just in case Schiff is still not interested, Grenell added, "I am also willing to release the transcripts directly from the Office of the Director of National Intelligence, as to ensure we comply with the unanimous and bipartisan vote to release the transcripts."

In other words: You've already voted to release these and you probably thought we'd all forgotten about that because these transcripts were back-burnered before I got here, but now I'm here and I intend to see this through. If you don't release them, I will.

Why does this box Schiff in? Remember, during the first several years of the Trump presidency, Schiff would frequent any and all television news shows that would have him so he could accuse the president of criminal wrong-doing. He went so far as to suggest that he'd seen evidence that Trump had criminally conspired with Russia, but it was all classified, so we'd have to wait until this mountain of evidence was declassified before we could see it.

"I can't go into particulars" clearly means that the evidence he has seen in his role on the House Intel Committee had convinced him of this alleged crime, but because of the classified nature of that evidence, he couldn't go into any detail. But, you know, trust him, he's Adam Schiff.

The Acting DNI has given the transcripts the greenlight and Schiff's secret evidence against Trump no longer has to remain secret. You'd think the California congressman would be leaping at the opportunity to reveal this evidence against Trump and finally be vindicated. And yet, Mr. Schiff demures. As of this writing, there has been no official response from the chairman's office.

Schiff, who demanded full and complete transparency from the White House on Russia and Stormy Daniels and Ukraine and any other fever dream impeachment fantasy he and Maxine Waters have dreamed up, is now strangely silent when there is absolutely no legitimate reason left for these transcripts not to be released to the American public.

And we have Ric Grenell to thank for it.

Washington, D.C., politics is, sadly, a grand game of cut-throat chess. In the era of Donald Trump, the resistance Democrats and Never Trump Republicans have raised the stakes on that game to heights never-before-imagined in this God-forsaken town.

Until now, Trump has seemed like the only player on his team who has been willing to play just as smart, just as tough and just as devastatingly ruthless as the forces aligned against him. Grenell has proven that he is more than equal to his boss's gamesmanship and, the beauty of this Bobby Fischeresque move is that he is completely justified by the truth and supported by the law.

We can't wait to see what Ric Grenell's next job is in this administration when his temporary stint at ODNI concludes.