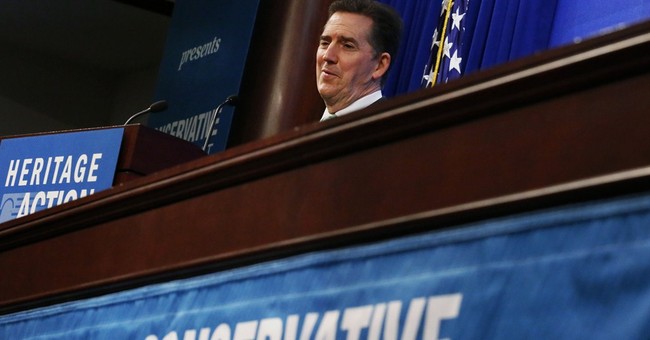 Trending
Just as the great William F. Buckley Jr. laid the intellectual foundation for the rise of modern conservatism, philanthropist R. Randolph Richardson set down the financial foundation of the new conservative movement. But Randy Richardson, who died May 25 at the age of 89, is not a household name. He was a low-key guy who stayed out of the limelight, and he made a habit of giving credit to others. But like Buckley, he was a firm believer in a free society, free markets and a strong defense to defeat communism. And the mark he made on the conservative movement is deep and lasting.

For two decades he was president of the Smith Richardson Foundation, which funded an incredible array of conservative institutions and people. SRF literally changed the U.S. political map such that the principles of conservatism came to completely dominate liberalism and expose all its flaws and failures.

To understand the incredible scope and power of SRF from the early 1970s to the early 1990s, you need only look at the list of institutions financed by Randy Richardson: the Heritage Foundation, the Hoover Institution, the American Enterprise Institute, the Manhattan Institute, the Intercollegiate Studies Institute, the Federalist Society, the Foreign Policy Research Institute, the Law and Economics Center, the Institute for Educational Affairs, the Committee for the Free World, the Center for Individual Rights, the National Humanities Center, the Conservative Book Club, "The Public Interest, The American Spectator, and The New Criterion."

Randy Richardson also made important contributions to supply-side economics, again going under the radar. He put up seed money for Jude Wanniski and his path-breaking book, "The Way the World Works." He assisted supply-side economists Lew Lehrman and George Gilder and a congressional supply-side workshop directed by Bruce Bartlett. He funded Michael Novak's "The Spirit of Democratic Capitalism" and Jean Kirkpatrick's research on dictatorships. He put money into Milton Friedman's "Free to Choose" television production and Harvard programs from Chris DeMuth (regulatory policy) and Sam Huntington (foreign policy).

On June 11, at the Fifth Avenue Presbyterian Church in New York City, in front of hundreds of friends and supporters, Heather Richardson Higgins said in her tribute to her father that his was "a life that made a difference." Heather, by the way, is keeping up the family's conservative philanthropic flame as president of the Randolph Foundation. And she pointed out that a full 66 people who had been SRF grantees went on to significant positions in the Ronald Reagan administration.

And Leslie Lenkowsi, a key figure as director of research at SRF and now a professor at Indiana University, added "No other conservative foundation had more bang for the buck." In today's dollars, SRF put out about $10 million a year from a modest $200 million asset base. But look at its extraordinary accomplishments.

There's one more important piece to the Randy Richardson story. Though he rarely talked about it, Richardson served in World War II under General George Patton, and saw action in the brutal Battle of the Bulge, which really put the final nail into Hitler's coffin. Why is it that so many World War II vets -- including my own father, who died last January and who served as an Army Air Corps navigator dropping bombs over Germany and Italy -- never talked about their military service? That heroic service delivered the freedom we know today. It was a monumental achievement. It defeated Nazism, fascism and ultimately communism. It changed the tide and hinge of history.

Simply put, our freedom came from the bravery and character of men like Randy Richardson. And from that freedom comes the godly virtues, values and responsibilities that preserve the conservative Western traditions that make life worth living today.

Knowing Randy as I did, I have come to believe those godly virtues and values were deeply embedded in his soul. And so it should not be surprising that he undertook so many noble causes during his life.

As a Reagan supply-sider who believes fervently in free markets, free societies and the founding virtues of life, liberty and the pursuit of happiness, I want to thank Randy Richardson. All Americans are indebted to him -- to his character, his knowledge and his unshakable beliefs.