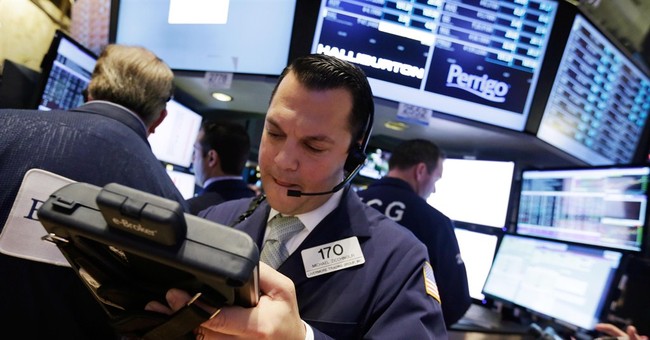 Seldom has so much good news been portrayed so negatively. Oil prices continue to fall in the U.S. and around the world, but near everyone in the media is grumpy about it. The headlines today are among the silliest I’ve seen: Energy-company stocks are declining, oil deflation is an economic threat, the Fed might raise rates much later than expected, OPEC is dissolving, shale companies are going bankrupt, Russia is going bankrupt(!), and on and on.

Well, most of this is just humbug. Lower oil prices are unambiguously positive.

First, U.S. oil production has nearly doubled in recent years to 9 million barrels a day, and the Paris-based International Energy Agency (IEA) expects U.S. supply to rise by more than 1 million barrels a day next year. And it is this supply increase that is driving down prices. Saudi Arabia and OPEC have essentially thrown in the towel, surrendering to the inevitability of lower prices from exploding U.S. energy production.

This is not only a triumph of U.S. energy independence, it is a victory for the workings of the free market. Greater supply, not government cartels, is driving down prices.

And the latest oil-price drop of nearly $8 a barrel makes the economic outlook even rosier. Apart from the declining share prices of some oil producers, virtually every other aspect of the world economy benefits, including most world stock markets. (By the way, the IEA reports that most production in the Bakken formation, one of the main drivers of shale-oil output, remains profitable at or below $42 a barrel.) And here in the U.S., the oil-price drop is a huge tax cut that will primarily help the middle class.

Senator Chuck Schumer -- who is still licking his wounds from the huge Democratic midterm losses in the Senate -- is out there attacking Obamacare as the wrong policy to halt the decline of middle-class incomes. What he’d like to see is new big-government policies (wait, wasn’t Obamacare a big-government policy?), including tax favors for targeted segments of the economy, presumably to bolster the middle class.

But guess what? We just had a free-market tax cut that will boost middle-class incomes and just about everything else.

The American energy revolution, combined with the market forces of supply and demand, is delivering something on the order of a $125 billion tax cut. Not only have wholesale oil prices dropped from about $100 a barrel to $66, but gasoline prices have fallen from near $4 a gallon to $2.78 at the week’s close.

That’s a tax cut. With no big-government spending hikes.

While very few Democrats, including President Obama, supported the entrepreneurial, innovative dynamism of horizontal drilling and hydraulic fracturing, they’ve lately tried to take credit for the oil and gas shale revolution. No one’s buying it. AEI’s Mark Perry actually wonders why the Democrats aren’t scheduling hearings in the lame-duck Congress to blame oil-industry manipulators and evil speculators for the drop in oil prices.

Of course, the far-left Democratic enviros aren’t sitting still. The EPA is now taking aim at the entire U.S. energy industry with its newly proposed smog rules -- probably the most expensive regulations in history -- even though the fracking revolution is producing much cleaner energy than ever before.

So what we have is a clean-energy revolution, and it’s lighting a much-needed fire under the economy.

As energy prices are falling, GDP is being revised higher. Real economic growth in the third quarter shifted up from 3.5 percent to 3.9 percent, led by an increase in business fixed investment. The last two quarters averaged 4.2 percent at an annual rate.

Meanwhile, corporate profits, the mother’s milk of stocks and the lifeblood of the economy, continue to break records. After-tax corporate profits scored on the IRS basis and reported in the GDP revision hit a new high of $1.87 trillion, or 10.3 percent of GDP. Non-financial domestic profits came in at a record 7.3 percent of GDP and continue to show steady growth of 5 percent yearly.

As King Dollar rises, gold falls, inflation is barely discernible, and oil prices have dropped, the year-end 2014 economic story looks a lot better, with the possibility of a rosier 2015. No, we haven’t fully recovered. Not by a long shot. Year-on-year economic growth is still only 2.4 percent. It ought to be running 4 to 5 percent. And 200,000 new jobs a month ought to be twice that rate. For this we need more pro-growth economic policies from the new Republican Congress, especially lower corporate tax burdens and regulatory rollbacks.

But the entrepreneurial, free-market energy revolution has given us a big step in the right direction. Can we please be optimistic about it?