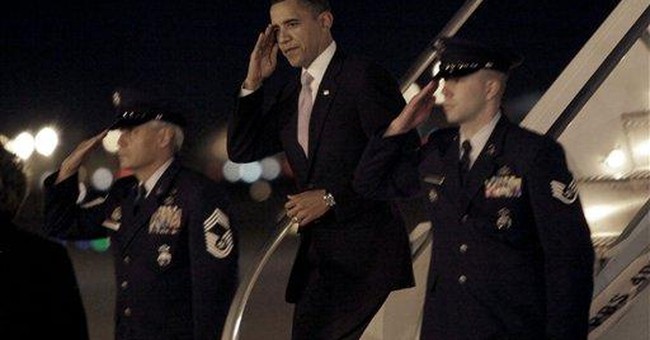 The New York Times ran a front-page story this week called “Party Gridlock in Washington Feeds New Fear of a Debt Crisis.” As usual, they got it wrong. Instead, the headline should have read, “After Scott Brown’s Astonishing Senate Win in Massachusetts, New Political Gridlock in Washington Could Spell the End of the Liberal Crack-Up We Have Witnessed over the Past Year.”

In fact, gridlock in Washington is good, since it will stop the assault of big government until the end of the year when Congress could be overturned by independents, tea partiers, Republicans, and probably some Democrats as well. Just take a look at the high spirits at the CPAC convention, where tea partiers are reinvigorating conservatives and Republicans.

So let’s take this momentum forward by using it to drain any remaining power from the extravagant spending-and-borrowing assault in Democratic Washington. And let’s especially use this tea-party power to stop Democratic plans for another round of broad-based tax increases.

Take, for example, Obama’s new deficit commission. It’s a bad idea. This commission is a fig leaf to cover up President Obama’s out-of-control budget. It’s a Trojan horse for tax hikes, especially a VAT that would engulf the middle class with up to a 15 percent tax rate on the sale of goods and services. Obama is getting ready to move his lips on the pledge not to raise middle-class taxes. Congressional Republicans must not let him do this.

Here’s the real problem: The Obama budget would take federal spending as a fraction of the economy to 25 percent, roughly a $1 trillion additional spending increase in the out-years. Publicly held federal debt would climb about $18.5 trillion by 2020, more than double what Mr. Obama inherited, rising to almost 80 percent of the economy.

Rather than tax hikes, I say stop the spending. Outside of defense and entitlements, why not roll back the discretionary budget to 2008?

Or take a look at Harvard professor Martin Feldstein’s idea of putting an end to all the new Obama refundable tax credits, which really are nothing more than new spending and government-transfer programs. Professor Feldstein estimates that putting an end to the new “tax expenditures” could save $1 trillion by 2020.

And I would add in the need for a congressional law that sets strict spending-limit rules based on population and inflation.

And how about flat-tax reform -- ending all the unnecessary flotsam-and-jetsam tax credits and subsidies -- to broaden the tax base? Why not slash the top tax rate to 20 percent or less for a true flat tax?

Why not stop the multiple taxes on all forms of saving and investing, including capital gains, dividends, and inheritances? And why not eliminate the business tax on profits in favor of a sales tax on net revenues which would deduct all investment expenses? That would leave us with a single-rate consumption-based income tax that would grow this economy by 7 to 8 percent in the years ahead, just as the economy should grow after a deep recession.

Going back to the debt-to-GDP ratio, I want to grow the denominator (the economy) and reduce the demand for the numerator (spending and borrowing). That means a combination of supply-side tax cuts and firm spending limits.

And we should add in some monetary reform for a stable King Dollar linked to gold or a commodity basket, along with an expansion of free trade, which itself is a tax cut.

In other words, I’m proposing a growth solution to the debt problem. Lower spending is pro-growth. So are lower tax rates. A program like this could get yearly budget deficits down to a manageable 2 to 3 percent in a couple of years. And getting the debt ratio back down to something like 50 percent also would be quite manageable.

Incidentally, limited spending and lower debt would take the pressure off the Federal Reserve to inflate the money supply, sink the dollar, and raise the inflation rate to 4 or 5 percent or worse.

So here, once again, is the plan: Gridlock in Washington to stop the big-government assault until Congress is overturned in November. After that, a return to growth, by way of reduced spending and lower tax rates.

There is a revolution going on in the heartland of this country, and it’s aimed against Washington’s profligacy and controls. There is still a way out. It’s called free-market populism.