Are Republicans the Economic Pessimists? 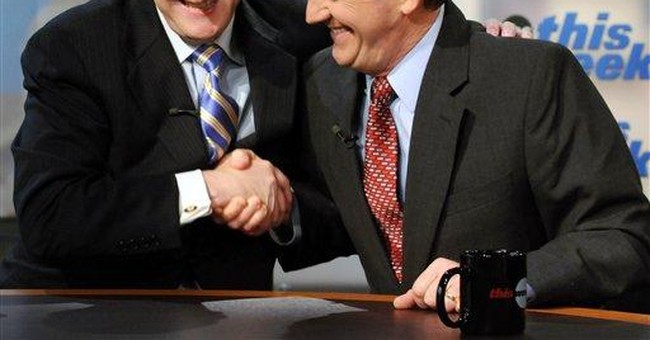 Are Republicans too pessimistic about the economy? I put this question to Sen. Jim DeMint (R., S.C.) this week, and it would be hard to describe his response as optimistic. The senator trash-talked Vice President Joe Biden’s recent defense of the stimulus in the New York Times, and he warned that any economic rebound will be short-lived because of the runaway spending-and-borrowing plans of the Obama administration.

Truth be told, respected economists like Donald Marron, Keith Hennessey, Bruce Bartlett, and Kevin Hassett have all carefully chronicled the fact that the Obama stimulus package does not feature any real fiscal multipliers. They say the bulk of the package consists of transfer payments to individuals and states, along with tax credits that will produce no real incentive effects to spur economic growth.

But the fact remains that numerous signs are now pointing to economic recovery. And the GOP needs to craft a smart political response to this. Obama and Biden will surely take credit for the better economic news, just as any White House would. It’s the way the political game is played. But Republicans have to play the game, too.

A tremendous summer rally is going on in stocks, and it’s being driven by better corporate profits and improved leading indicators -- including a possible upturn in housing starts and sales, and a major downward spike in weekly initial jobless claims. So you have to believe the stock market is calling the tune for recovery.

And while politics are not everything, I do believe that the shrinking prospects for Obamacare have been a big contributor to the stock market’s recent surge. This sweeping new government insurance plan would lead to high-tax-and-spend-and-borrow-and-regulate nationalized health care, a big economic negative. Ditto for nationalizing energy through cap-and-trade-and-tax. If these initiatives fail, it is very bullish for stocks and the economy.

Meanwhile, a global stock market rally strongly suggests that a global economic recovery is in the cards. (The Bank of Canada has even declared Canada’s recession over.) The biggest gainers are coming out of Asia, especially China. But the larger economies of Europe, Japan, and the U.S. are also producing large market gains.

The rise in world commodity prices, especially Dr. Copper -- a metal that has a PhD in economic forecasting -- bolsters this bullish view. So does a steeply upward-sloping yield curve in the U.S. Treasury market. And so does the very bullish action in corporate bond prices, where declining yields have narrowed the interest-rate differences with Treasuries all the way back to pre-Lehman-AIG-credit-collapse levels. This is yet another sign that business credit and profits are improving.

Most demand-side strategists fail to understand that businesses, not consumers, are at the heart of the economic story. People forget Say’s Law of Markets, which argues that we produce in order to consume. So if industrial and service production levels are poised to rise -- because of an improvement in profits -- then consumer and family incomes also will rise to provide the spending stimulus.

And the recent rise in consumer savings is a good thing. Keynes was very wrong about this. Nowadays, higher consumer savings are channeled through the financial system into business investment, which translates to the purchase of computers and heavy equipment that will spur economic growth. Economist Jerry Bowyer keeps reminding me of this, and I try to convince my demand-side friends that they are barking up the wrong tree when they trash consumer-savings rates.

And we can’t forget monetary policy. During a recent town hall meeting, Federal Reserve chief Ben Bernanke noted that the Fed “put the metal to the pedal” in order to avoid a second Great Depression. So there’s an enormous volume of newly created money out there that’s ready to be put to work through economic spending and investing. Down the road there’s an inflation threat from this money, but not now.

Bernanke himself is predicting 1 percent growth in the second half of 2009, however he may be too cautious. It could be 2 or 3 percent growth -- which is subpar for a recovery, but ain’t chopped liver either. That’s what stock markets are signaling.

Sen. DeMint told me during our interview that the economy is getting better mainly because of the corrective forces of free-market capitalism in the private free-enterprise sector, and not from all this government spending and borrowing. Abstracting from the Fed’s big stimulus effort, he’s right.

But the White House is going to take credit for economic recovery anyway, and that’s the newest political challenge for the GOP.