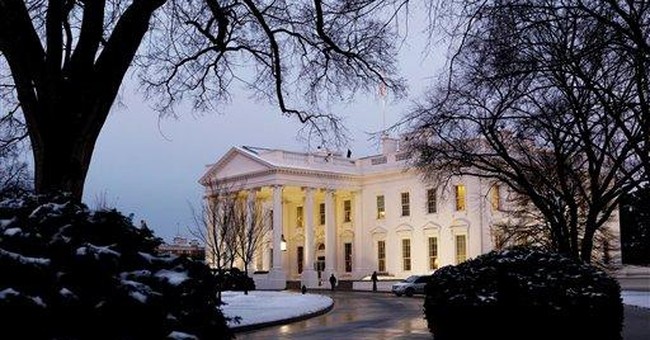 Wednesday night’s House tally on the Democratic stimulus package, where not a single Republican voted in favor, was another shot across the bow for this incredibly unmanageable $900 billion behemoth of a program that truly will not stimulate the economy. Sure, the Democrats won on a party-line count. But Team Obama is now regrouping in the face of mounting criticism of this package.

GOP economist Martin Feldstein revoked his prior support of a stimulus plan in Wednesday’s Washington Post. "In its current form," Feldstein wrote, "[the plan] does too little to raise national spending and employment. It would be better for the Senate to delay legislation for a month, or even two, if that’s what it takes to produce a much better bill. We cannot afford an $800 billion mistake."

Clinton economic adviser Alice Rivlin made the same point in testimony before the House Budget Committee. Her message: Divide up the package and slow down the process.

And Sen. Richard Shelby told CNBC that Washington should "shelve the stimulus package" and instead attack the banking and credit problem first -- probably with a government-sponsored bad bank that would relieve financial institutions from their toxic-asset problem. Mr. Shelby believes the credit crunch remains the biggest obstacle to economic recovery.

Later in the day when I interviewed Senate Republican leader Mitch McConnell, he agreed with Shelby that the stimulus plan should be shelved. For the first time -- as far as I know -- McConnell pledged to vote no on the package. Instead he wants larger tax cuts and smaller spending. McConnell might be willing to change his mind if the package changes, but he told me he didn’t expect that to happen.

And in what may prove to be the biggest stimulus-package hurdle of all, news reports suggest that Team Obama is contemplating as much as $2 trillion in TARP additions to rescue the banking system in one form or another. That would be $2 trillion on top of the nearly $1 trillion stimulus package.

Government spending, deficits, and debt creation of this magnitude is simply unheard of. So the added TARP money will surely imperil the entire stimulus package as taxpayers around the country begin to digest the enormity of these proposed government actions. Financing of this type would not only destroy the U.S. fiscal position for years to come, it could destroy the dollar in the process. What’s more, the likelihood of massive tax increases -- which at some point will become front and center in this gargantuan funding operation -- would doom the economy for decades.

By the way, Scott Rasmussen’s latest poll shows that already -- before the new TARP money is included -- public support for the humongous stimulus package has dropped to 42 percent.

It remains to be seen whether Republicans can in fact stop the stimulus package, but that certainly would be a very good idea. The long-run financial consequences will certainly force higher future tax rates -- a prosperity killer feared by Arthur Laffer. And while all the social spending gets baked into the long-run budget baseline, the short-run implications of the plan have little economic-growth potential.

Meanwhile, there’s no shortage of alternative tax proposals that would truly re-ignite the economy. Former Ronald Reagan and George W. Bush economist Larry Lindsey criticized the Democrat package in Wednesday morning’s Wall Street Journal, describing it as "heavily weighted toward direct government spending, transfers to state and local governments, and tax changes that have virtually no effect on marginal tax rates." Instead, Lindsey proposes a big payroll tax cut that would slice three points off the rate for both employer and employee.

Rush Limbaugh also made an appearance in the Journal. He has a clever idea to give Obama 54 percent of the $900 billion package -- equating that amount to the new president’s electoral majority -- while 46 percent, which was John McCain’s electoral tally, would go to a plan that would halve the U.S. corporate tax rate and provide a capital-gains tax holiday for one year, after which the investment tax would drop to 10 percent.

It was Sen. John McCain on Fox News last Sunday who started the stimulus revolt when he said he couldn’t support the package and called for less spending along with a large corporate tax cut. Over in the House, Republican leaders John Boehner and Eric Cantor have successfully launched an opposition drumbeat by attacking congressional Democrats rather than directly hitting President Obama. Now all eyes will turn to Republican Senate leader Mitch McConnell to see if he can keep up this drumbeat.

Will commonsense Americans really support a massive overdose of government run amok? I seriously doubt it. This whole story has to be completely rethought.