My Kind of Flip-Flop 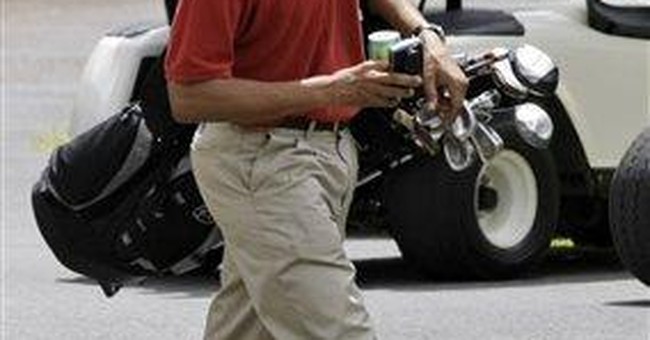 Lo and behold, Team Obama is moving toward the supply-side and pivoting toward the political center on key aspects of its tax policy. Writing in Thursday’s Wall Street Journal, Obama advisors Jason Furman and Austan Goolsbee outlined a plan that would only raise tax rates on capital-gains and dividends from 15 percent to 20 percent for individuals making more than $200,000 and on family incomes above $250,000. Prior to this, investors worried that Obama would double the 15 percent tax rate on cap-gains and bring the 15 percent rate on dividends back to 40 percent.

Can investors take some relief from this? I reckon they can. And key Obama advisors say these investment tax rates will be consistent with the economic and stock market boom of the 1990s. That’s their trump card in all this.

Well, okay. But in 1997 the capital-gains tax was cut from 28 percent to 20 percent. That provided an 11 percent increase in retained income for the extra dollar put at risk by investors. In 2003, President Bush reduced the cap-gain levy to 15 percent, providing another 6 percent incentive.

With Sen. Obama’s 20 percent rate on investment, investors would suffer a 6 percent incentive loss on their cap-gain incomes and another 5.5 percent incentive drop on dividends. The cost of capital would rise under Obama and investment returns would decline by more than 11 percent. Uncle Sam will keep more and investors will retain less, all while the economy is languishing.

The McCain folks say a weak economy is no time to raise taxes. It’s a strong point, isn’t it? Former undersecretary of the Treasury John Taylor, a senior McCain advisor, notes that raising investment taxes will undermine business and lessen new job creation, which is the ultimate source of consumer incomes and spending power.

The Obama people counter that their middle-class tax credit of $1,000 per family is much more powerful than Sen. McCain’s plan to double the child exemption. In the Journal piece, Messrs. Furman and Goolsbee argue that McCain’s larger dependent exemption skips 101 million families with no children or dependents.

But tax credits are an inefficient source of stimulus because of various income-thresholds that determine eligibility. Phasing-in these credits provide temporary relief, but phasing them out as earners gain higher incomes actually raises marginal tax rates and provides a work disincentive for the extra dollar earned.

Another glitch in the Obama plan is the difference between the $200,000 income limit for individuals and the $250,000 threshold for two-earner families. If two singles each earning $200,000 get married, one will have to surrender over half of what he or she earns to the government. And raising the top income-tax rate from 35 percent to 39.6 percent is a work deterrent of roughly 7 percent. The extra dollar earned leaves only 60.4 cents take-home pay at the 39.6 percent tax rate compared with 65 cents at the current 35 percent rate. At the margin, this work disincentive can really matter.

Nonetheless, it appears the Obama people acknowledge at least some effects from supply-side incentives. And perhaps they are implicitly recognizing the likelihood that higher tax rates on cap-gains and dividends will generate lower revenues and a higher budget deficit.

It also seems clear that the Obama tax plan is not a growth policy, but a social policy that uses tax fairness as a means of redistributing income. There’s a long history of failed redistributionism, and this is where the Obama plan falls apart.

Plus, the world’s changed since the 1990s. The flat-tax revolution coming out of Eastern Europe has slashed marginal rates on individuals and corporations, resulting in strong growth and big revenue gains that keep budget deficits down.

Sen. McCain’s plan to maintain the Bush tax cuts and move toward a lower corporate tax rate will leave the U.S. in a much more competitive position in the global race for capital and labor. But I still believe the best tax reform is a flat tax that would end the multiple tax on saving and investment by doing away with taxes on capital gains, dividends, and estates. Corporate tax rates also should be slashed and all forms of corporate welfare, subsidies, and loopholes should be eliminated. This would put K Street lobbyists out of business and put tremendous torque behind our future economy.

But Team Obama’s small shift toward the supply-side remains a positive development.

The McCain folks are now slamming Obama’s credibility on tax hikes and other issues. They infer that the young Illinois senator is a flip-flopper. Well, that’s true. But some flip-flops are better than others. Sen. McCain flip-flopped on the Bush tax cuts and drilling. Bravo for that. And if Sen. Obama is flip-flopping toward lower investment taxes, so much the better.