Forgetting What It Was Like to Live in a Free Country

Larry Kelley
|
Posted: Jan 12, 2016 12:01 AM
Share   Tweet
The opinions expressed by columnists are their own and do not necessarily represent the views of Townhall.com. 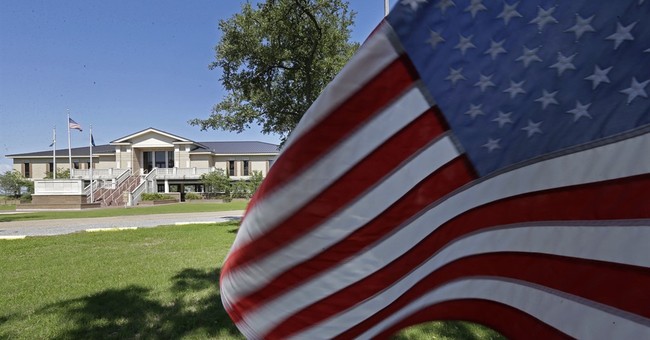 A new Gallup poll concludes that Americans hate their government much more than they did when Obama first took office.  In 2009, the burden of government was ranked fourth on the list of problems faced by Americans. At that time, seven percent of those surveyed ranked burdensome government as the worst problem they faced.  At the end of 2014, that percentage stood at 16%. More importantly, government was the most often cited concern above all others. At his inauguration, Ronald Reagan said “In this present crisis, government is not the solution to our problem.  It is the problem.”  If we Americans didn’t believe Reagan then, after seven years of Obama, a lot more of us do now.

From Obamacare, to Dodd-Frank, to an out-of-control EPA, to myriad executive orders and tax increases, Americans are increasingly appalled by Obama’s massive expansion of government, the size of which has not been seen since the Depression, in the early days of FDR. At the same time, Americans continue to witness a nearly jobless recovery, soaring health care costs, civil unrest, rising domestic terrorism, a government that continuously lies, governmental intrusion into nearly every aspect of their lives, and a complete lack of accountability when all problems - foreign and domestic - are growing worse.

Recently more and more conservative pundits are begrudgingly joining the ranks of those who have concluded that the bombastic Republican front runner, Donald Trump, has brilliantly made himself the leader of those who still love their country but hate their government. He’s both a presidential candidate and a symptom of their hatred. And while he appears to be greatly enjoying the adulation, there is a serious danger resulting from his fomenting an even greater disgust and contempt for the agencies of the American government.

An article by Victor Davison Hanson entitled, War Will Be War, appeared a few months after 9/11.  In it he wrote “War is not merely a material struggle, but more often a referendum on the spirit.  No nation has ever survived once its citizenry ceased to believe its culture worth saving.”

Hanson’s piece referred to the battle of Chaeronea in 338 BC where the Greek city states, as the result of one lost battle, gave up their magnificently innovative culture and its associated freedoms to their new Macedonian overlords. In so doing, the Greeks remained a subjugated people for the next 2,400 years.

This essay by Hanson was the inspiration for my book, Lessons from Fallen Civilizations, in which I developed a list of 10 immutable principles which contribute to the fall of great civilizations and which can be seen to repeat over time.  The first of my immutables, which I also refer to as Hanson’s law reads:

The danger to the U.S. which Trump represents and which the new Gallup poll illuminates can be expressed by the following question—what will happen if the next American president can’t or won’t reduce the cost and burden of America’s now hated onerous government?

In November of 2016, a plurality of American voters will hopefully elect a new president who will lead Congress in rolling government back. But what if that doesn’t happen? The Greek Historian, Thucydides was the first to observe that history repeats itself.  This was because, in his view, the nature of man does not change very much over time. One of his timeless (immutable) observations was: Power always seeks to increase itself.

Students of history would consider it extremely rare and unlikely that an all-powerful government, such as the one currently governing the U.S., will freely give back a substantial portion of its prerogatives to the people it governs. So if that relinquishing of governmental power doesn’t happen in the U.S. and soon, how will Americans’ growing distrust and hatred for their government impact its ability to defend itself from the threat posed by resurgent militant Islam?

The answer is not reassuring. Consider that the Spanish “Reconquista” took 700 years to rid the Iberian peninsula of Islamic domination.  Greece and Southern Europe were enslaved by Ottoman Turks for 500 years.  The war between the jihadist portion of Islam and the Judeo Christian West will likely last generations with the outcome in favor of the West not ensured.  Welfare state Europe will likely be of little help in this building clash of civilizations. The U.S. will need to reallocate resources away from the construction of its own welfare state while marshaling its resolve to wage and win a long terrible struggle.

Therefore America can ill afford to let its citizenry’s hatred for its government to persist because over time it will inevitably morph into a hatred for the country. Soon a new generation will be coming of military age. But what if our sons and daughters, like the Europeans, do not wish to put their lives at risk to save their culture because they hate their government and because they have no memory of when America was still a free country?