America Will Always Be 'Racist' -- If Nirvana Is the Goal

Larry Elder
|
Posted: Jun 13, 2019 12:01 AM
Share   Tweet
The opinions expressed by columnists are their own and do not necessarily represent the views of Townhall.com. 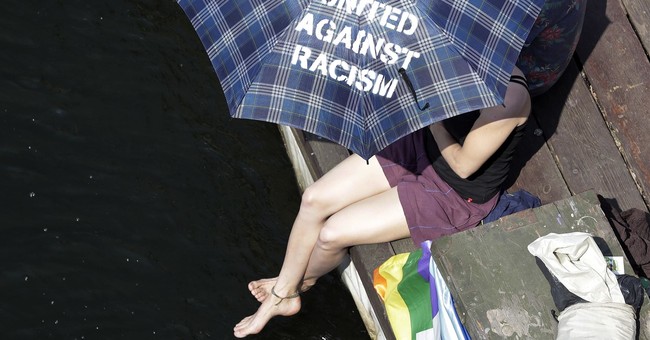 In 1964, Dr. Martin Luther King Jr. predicted that America could elect a black president in 40 years or less. Implicit in King's prediction is that such an achievement would show that racism was no longer a serious problem in our country. Three years later, King said: "Because of prejudices and narrow-mindedness, Negroes have been held out of the political arena and certainly held out of the presidency. But I do think that the day will come in the not-too-distant future when the Negro vote itself will be powerful enough to be in a coalition with liberals and the white community and thereby elect a Negro president of the United States."

Today, after the election and reelection of the first black president, white liberals consider racism and discrimination a bigger problem than blacks do. Zach Goldberg, a doctoral candidate at Georgia State University, tracked the opinions of whites by their ideology -- liberal, moderate or conservative. Goldberg found that in 1994, according to polling data by the General Social Survey, approximately 20% of "white liberals" disagreed with the following proposition: "Irish, Italian, Jewish and many other minorities overcame prejudice and worked their way up. Blacks should do the same without special favors." By 2016, the share of white liberals who disagreed increased to more than 45%. In fact, in 2016, white liberals were more likely to disagree than blacks were, at less than 35%. Apparently, white liberals consider racism and discrimination against blacks to be a bigger problem than even blacks do.

A Baltimore television news anchor lost her job over comments she made following a segment on the resignation of the mayor of Baltimore. After 15 years, WJZ fired Mary Bubala after she said on air: "We've had three female African American mayors in a row. They were all passionate public servants. Two resigned, though. Is this a signal that a different kind of leadership is needed to move Baltimore City forward?"

About Bubala's question, the Baltimore Association of Black Journalists said the comment "implies race and gender are qualifiers in one's ability to lead while also demonizing African-Americans and women as poor leaders." After the backlash, Bubala tweeted an apology, but it failed to save her job. In a statement, the station said: "Mary Bubala is no longer a WJZ-TV employee. The station apologizes to its viewers for her remarks."

Meanwhile, a writer lost her deal with a book publisher after the publisher accused her of racism. Jordanian-American writer Natasha Tynes, while traveling on a Washington, D.C., Metro train, noticed a Metro employee, a black female, sitting and eating. Tynes approached her and said that eating on the train violated Metro rules. The employee reportedly replied, "Worry about yourself." Tynes, however, tweeted: "When you're on your morning commute & see WMATA employee in UNIFORM eating on the train. I thought we were not allowed to eat on the train. This is unacceptable." She also posted a picture of the worker. But the worker broke no rules, according the Metro workers union. Two days earlier, Metro Transit officers had been ordered to cease issuing citations for certain infractions -- including eating on the train -- and therefore, said the union, the worker was doing no wrong.

Tynes' tweet prompted angry threatening responses, which included calling her an "anti-black," "racist," "Trump-supporting b----." Her book publisher, Rare Bird, canceled her deal, saying: "Natasha Tynes ... did something truly horrible today in tweeting a picture of a metro worker eating her breakfast on the train this morning and drawing attention to her employer. Black women face a constant barrage of this kind of inappropriate behavior directed toward them and a constant policing of their bodies. We think this is unacceptable and have no desire to be involved with anyone who thinks it's acceptable to jeopardize a person's safety and employment in this way."

Put aside whether the punishment of the television anchor and the writer fit their "crimes." The point is how quickly and harshly Bubala and Tynes were dealt with in today's America. Then-President Barack Obama said that America's racism is "still part of our DNA." Contrast Obama's view with that of Martin Luther King Jr., who said: "I refuse to accept the view that mankind is so tragically bound to the starless midnight of racism and war that the bright daybreak of peace and brotherhood can never become a reality. ... I believe that unarmed truth and unconditional love will have the final word in reality." King's optimistic view is winning.

Two years after the first black president departed office, the 2020 Democratic candidates fall over themselves promising to combat "white privilege" and to address "systemic" or "institutional" or "structural" racism against blacks. Do these Democrats sincerely believe that anti-black racism in 2019 can stop any black person motivated to get an education and work hard? Apparently, until the whole country hold hands and sings in unison, politicians hustling for black votes will continue to call America "institutionally" racist. Nirvana is the new goal.