Larry Elder
|
Posted: Apr 25, 2019 12:01 AM
Share   Tweet
The opinions expressed by columnists are their own and do not necessarily represent the views of Townhall.com. 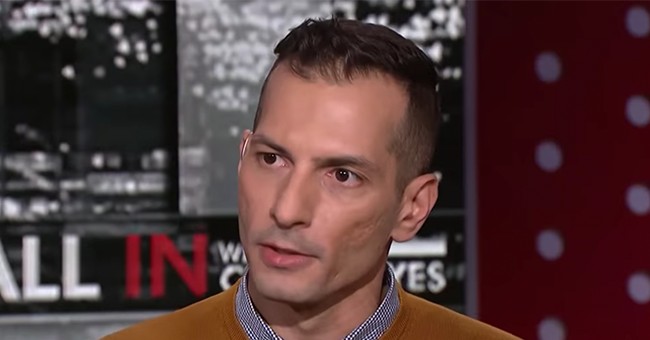 In journalism, a "lede" is the introductory section of a news story, intended to entice the reader into reading the full story. Traditionally, the lede is the first (or "lead") paragraph. But in today's fast-paced news media, enticements include the story's headline, subheading and a short summary that precedes the actual story, usually distinguished by a different typeface.

The term "burying the lede" refers to a newspaper story that is downplaying the significance of the actual story by "burying" important information deep in the article. Now, "burying the lede" ought not be confused with "fake news," an expression popularized by President Donald Trump. After a recent television appearance, I experienced the latter. The term resonates due to left-wing outlets such as Media Matters, a website with a supposed mission of monitoring conservative opinion.

In my recent appearance on Fox News' "Fox & Friends," the hosts asked about Sen. Cory Booker's, D-N.J., plan to introduce a bill for reparations.

This is what I said, in its entirety:

"Slavery reparations, in my opinion, is the extraction of money from people who were never slave owners and given to people who were never slaves. It was just too long ago. Slavery ended 150 years ago. The parallels might be the reparation paid to Japanese Americans put in relocation camps in World War II. But those monies were paid to them who were victimized or to their legal heirs. Same thing with respect to (the) Holocaust. It's just too long ago.

"And what about intermarriage? What about people like (Sen.) Kamala Harris (D-Calif.)? Her father is from Haiti (actually, from Jamaica), and he has admitted that in his family, his family owned slaves. So does Kamala Harris pay a check, or does she receive a check? What about Obama? Obama's mother -- her ancestors owned slaves. His father is from Kenya. That area of Africa was a hot point for slave trading on the part of Africans enslaved by other Africans and then sold to European and Arab slavers by African chieftains. Does Obama pay a check, or does he get a check? I mean, the whole thing is absolutely absurd.

"And look, think tanks on the left and on the right have pretty much said the same thing about how one escapes poverty and gets to the middle class. Finish high school, don't have a kid before you're 20 and get married before you have a kid. You follow that formula, you will not be poor. And they don't say that formula does not apply to blacks or does not apply to people who used to have ancestors who were slaves. This is America for crying out loud! This is the greatest country in all of human creation. You can go from nothing to something faster than in any other country in the world. And we ought to be taking advantage of the opportunities that we have right now instead of fighting old battles. It is divisive. Even Obama opposed reparations in 2016 when he was asked about it, primarily because he thought it would be politically too divisive. And he's right. It is unpopular. Only about 26% of Americans support reparations. Let's knock it off and let's move on."

A host asked a follow-up question: "What do you say about the inequity in society, that racism exists and this is one way to equal the playing field?" So, I added:

"Look, in 1940, 87% of blacks lived below the federally defined level of poverty. Twenty years later, in 1960, that number had been cut to 47% -- a 40-point drop in 20 years. The greatest 20-year period of economic expansion for blacks in history. This is before the welfare state, before race-based preferences. My point is the real problem right now are left-wing policies that have made things worse. The welfare state has incentivized women to marry the government and allowed men to abandon their financial and moral responsibility. And Obama said a kid without a father is five times more likely to be poor, nine times more likely to drop out of school, 20 times more likely to end up in jail. Let's talk about what the welfare state has done to destabilize the black family. During slavery, a black kid was more likely to be born under a roof with his biological mother and biological father than today. That's the problem. Let's deal with that."

Again, this is entirely what I said. When I got home from the studio, I saw this headline, atop my picture, in Media Matters: "Fox & Friends guest: Black families were better off as slaves."