Larry Elder
|
Posted: May 17, 2018 12:01 AM
Share   Tweet
The opinions expressed by columnists are their own and do not necessarily represent the views of Townhall.com. 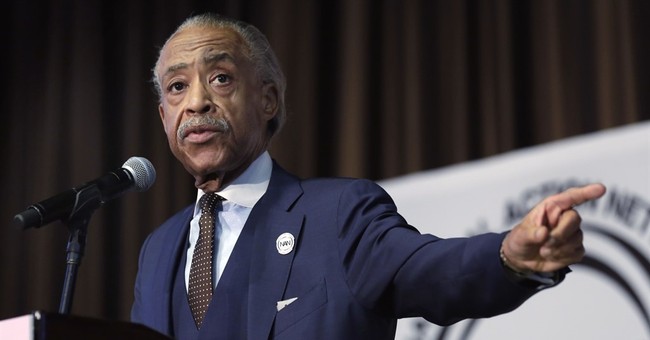 President Donald Trump rejects the narrative that Russia wanted him to win. USA Today examined each of the 3,517 Facebook ads bought by the Russian-based Internet Research Agency, the company that employed 12 of the 13 Russians indicted by special counsel Robert Mueller for interfering with the 2016 election. It turns out only about 100 of its ads explicitly endorsed Trump or opposed Hillary Clinton.

Most of the fake ads focused on racial division, with many of the ads attempting to exploit what Russia perceives, or wants America to perceive, as severe racial tension between blacks and whites.

Think of it. Vladimir Putin, president of a formerly communist country with the blood of possibly tens of millions of its own people on its hands, is using the race card in America, the least-racist majority-white country in the world, a country that just a few years ago elected and reelected a black person for president. Putin therefore "colludes" with race-card carrying Democrats like Rep. Maxine Waters, D-Calif., who once called the "good" Bush, George Herbert Walker Bush, a "racist." Then there's former Vice President Joe Biden, who recently told the Rev. Al "no justice, no peace" Sharpton: "It's what these guys are all about, man. These Republicans don't want working-class people voting. They don't want black folks voting."

Sharpton, earlier this year, said that Trump "is someone who's chosen a path that is absolutely racism with steroids." Sharpton also wrote: "There were hopes last year that the executive office would temper some of this pettiness, but sadly we now see this is not the case. Rather than attempt to grow and learn, Trump has leaned into his role as divider-in-chief. This is exactly the same racially divisive, unapologetic blowhard I knew in New York."

CNN's Don Lemon recently said: "Critical thinking is important as a journalist. If you cannot surmise that this President -- if he's not racist, he's certainly racist-adjacent. ... We have come to a consensus in our society that facts matter. ... I feel like it's my obligation as a journalist to say it."

Aside from routinely being called "racist," President Trump is denounced on left-wing cable shows and late-night television as a "liar." MSNBC's Lawrence O'Donnell, a former aide to Sen. Daniel Patrick Moynihan, D-N.Y., called Trump "a pathological liar." CNN's Don Lemon opened a recent show by discussing "the 3,000 lies that the President has told since inauguration."

Trump's "lies" pale in comparison with the Big Lies of the modern left.

The left insists, teaches, preaches and indoctrinates that racism remains a major problem in America. So-called "civil rights" organizations -- like Black Lives Matter, the NAACP or the Southern Poverty Law Center -- denounce alleged "institutional" or "systemic" or "structural" racism as a serious problem in America, even as racism continues to recede.

"Research also suggests that differences not incorporated into the model due to data limitations may account for part of the remaining gap. ... Much of the literature, including the Bureau of Labor Statistics ... focus on wages rather than total compensation. Research indicates that women may value non-wage benefits more than men do, and as a result prefer to take a greater portion of their compensation in the form of health insurance and other fringe benefits."

The left insists that the rich are getting richer, while the poor are getting poorer. Actually, the percentage of the world living in "extreme poverty" -- currently less than $1.90 a day -- has plummeted in the last three decades. In 1990, the United Nations set a goal to cut the world's poverty rate in half by 2015. That goal was reached five years early: By 2010, over a billion people had escaped extreme poverty in just 20 years.

Thanks to a media obsessed with racism, sexism and inequality, and Democrats who play the race card for votes, the Russians have willing accomplices in spreading dissent. After all, President Barack Obama claimed that racism is part of America's "DNA."

Somewhere, Putin is smiling. Yet none dare call it "collusion."