Larry Elder
|
Posted: Aug 18, 2016 12:01 AM
Share   Tweet
The opinions expressed by columnists are their own and do not necessarily represent the views of Townhall.com. 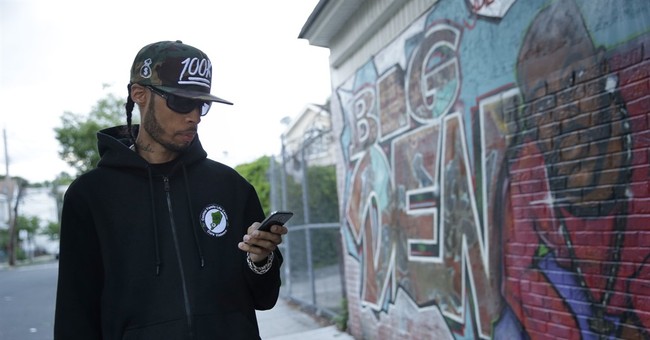 Trending
After the death of a young black man by a Milwaukee police officer, riots, looting and fires followed. In one instance, as a gas station burned, people watching chanted, "Black power!" Local news reported that the 23-year-old suspect was not only armed but that he also defied orders to drop his gun. The Milwaukee police chief refused to identify the officer involved, but did say that he was "black." At one time, such a fact would suggest that racism and police brutality were not at play.

But as the death of Freddie Gray -- a black man who died after being transported in a Baltimore police van -- shows us, not necessarily. Of the six officers involved in Gray's arrest and van transportation and who were prosecuted, three were black. In fact, just weeks before the death of Freddie Gray, a White House task force praised the Baltimore Police Department, as well as its black chief, for "implementing national best practices for policies and training" and "use of force" reforms.

In Baltimore, at the time of Gray's death, the No. 1 and No. 2 heads of the Police Department were black, and most of the command staff and rank-and-file officers are people of color. The mayor of Baltimore is also black, as are the majority of city council and the state attorney who brought the charges. Four of six officers were tried, and in each case the state failed to obtain convictions. This led to the decision to drop charges against the remaining two officers, and plans for the retrial of one of the four. Zero for six.

As to Milwaukee, a city with a population of approximately 600,000, it is 40 percent black and 37 percent non-Hispanic white. Yet of its 146 homicides last year, 84 percent of the victims were black -- and most of those were killed by other blacks. The nearly 150 murders constitute a 50 percent increase over the number of homicides just five years earlier.

The point, of course, is that killers of blacks are overwhelmingly other blacks. At 13 percent of the population, blacks commit nearly half of the nation's homicides, and almost always the victim is black. Old people tend not to kill. Nor do women and the very young. This means 3 percent of the population, black men from 15 to 44 years old, commit nearly half of the country's homicides.

The focus on the number of blacks killed by police kicked into high gear after the death of Ferguson's Michael Brown. Never mind Brown did not, as his friend at the scene initially told the police, have his hands up while supposedly telling the cop, "Don't shoot." Both the Ferguson grand jury and the U.S. Department of Justice found that many witnesses observed otherwise, and that forensic evidence showed that Brown charged the officer and attempted to wrestle the cop's gun away from him.

The reason the Democrats beat the drum of "racism" is simple -- votes. In the case of the media, it must be ratings. But it's also something else. Our major media are run by large corporations: What's the upside for them in criticizing those who believe that racism remains a major problem in America? Telling blacks to calm down, examine the facts, that they are not victims, that racism is no longer a major problem in America and that the real problem is the breakdown of the black family -- this is not a recipe for profits. It is an invitation for protests by "activists."