Larry Elder
|
Posted: Jul 14, 2016 12:01 AM
Share   Tweet
The opinions expressed by columnists are their own and do not necessarily represent the views of Townhall.com. 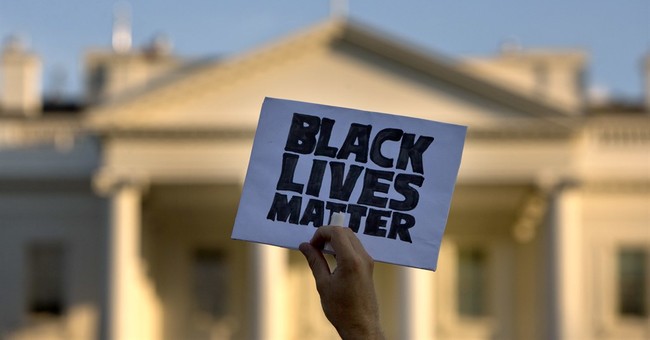 A new study by a Harvard economist, who happens to be black, finds cops less likely to use deadly force on black suspects vs. white.

Angered by the deaths of Freddie Gray and Michael Brown, black men in Baltimore, Maryland, and Ferguson, Missouri, respectively, who died at the hands of the police, professor Roland Fryer Jr. said, "You know, protesting is not my thing. But data is my thing." So he sought to answer the question. Do the police, in fact, use lethal force against black suspects more than they do against whites?

Fryer examined 1,332 police shootings -- including fatal and non-fatal shootings -- in the police departments of 10 large cities in Texas, California and Florida. He said his findings surprised him. In an article about the study, The New York Times wrote:

"In shootings in these 10 cities involving officers, officers were more likely to fire their weapons without having first been attacked when the suspects were white. Black and white civilians involved in police shootings were equally likely to have been carrying a weapon. Both results undercut the idea of racial bias in police use of lethal force."

But the question remained, when the suspect is black, are officers more likely to use deadly force? The Times wrote:

"What about situations in which an officer might be expected to fire, but doesn't? To answer this, Mr. Fryer focused on one city, Houston. The police department there let the researchers look at reports not only for shootings but also for arrests when lethal force might have been justified. Mr. Fryer defined this group to include encounters with suspects the police subsequently charged with serious offenses like attempting to murder an officer, or evading or resisting arrest. He also considered suspects shocked with Tasers.

"Mr. Fryer found that in such situations, officers in Houston were about 20 percent less likely to shoot if the suspects were black. This estimate was not precise, and firmer conclusions would require more data. But in various models controlling for different factors and using different definitions of tense situations, Mr. Fryer found that blacks were either less likely to be shot or there was no difference between blacks and whites."

Yes, the study found cops were more likely to put their hands on a black suspect vs. a white suspect -- also to cuff, push to the ground or pepper-spray -- but probably because cops don't want the encounter to escalate to a shooting. This use-of-deadly-force study proves that Black Lives Matter, Obama's sympathy with the group and media's obsession with white-cop-black-suspect stories are built on lies. And Fryer's study confirms similar findings in "The Reverse Racism Effect," a study by researchers at Washington State University.

Recall actor Jesse Williams, who in a rant during a BET awards ceremony said, "What we've been doing is looking at the data and we know that police somehow manage to deescalate, disarm and not kill white people everyday." Will Mr. Williams now man up and apologize for helping to perpetuate this phony narrative that cops are out to get blacks? Will Time magazine -- one among many media outlets that slobbered over Jesse Williams' rant -- apologize for calling it "powerful"?

After the shooting deaths of black suspects at the hands of the police in Minnesota and Louisiana, Hillary Clinton said, "White people ... have to start listening to the legitimate cries" of black people. This is the usual kind of condescending pap we always hear from Democrats. But in their case, the reason is votes. In order for the Democratic Party to maintain the 95 percent monolithic hold they have with black voters, they need to create scenarios of anger and fear against so-called "structural" or "institutional" or "systemic" racism. We know their motive.

As to the media, one can only conclude that it's about ratings. When a black officer shoots a black suspect, it does not generate the same level of outrage as when a white officer shoots a black suspect, especially when he is unarmed. But of the nearly 1,000 people killed by cops last year -- according The Washington Post's own tally -- the Post reported that less than 4 percent were instances of white cops shooting and killing an unarmed black man.

And there's this. What's hard about complying with a cop's order so you don't get shot? There is no right to defy a lawful order. That a cop may be rude does not make an order any less lawful. Hillary Clinton, showing how she feels blacks' pain, says black parents tell her that they have what is called "the talk" with their children on how to comport themselves when engaged in an encounter with the police. But in almost every recent case of an officer shooting a black person, the black person resisted arrest. So much for "the talk."