Americans Going On Vacation For The First Time in Decades

Lara Trump
|
Posted: Jul 12, 2018 3:00 PM
Share   Tweet
The opinions expressed by columnists are their own and do not necessarily represent the views of Townhall.com. 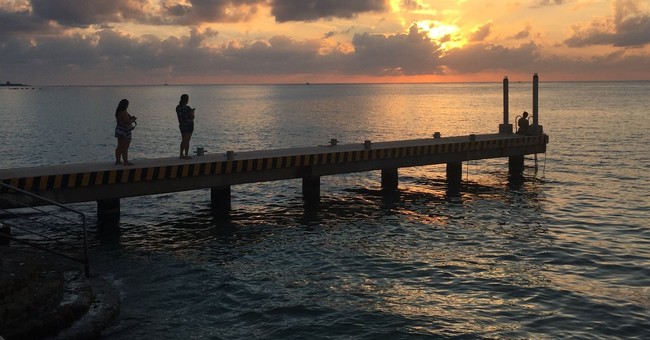 Americans are going on vacation in droves for the first time in years, thanks to the booming Trump economy.

For instance, this Independence Day, a record number of Americans were able to travel away from home. AAA predicted that nearly 47 million Americans would travel 50 miles or more to celebrate America’s birthday. That is a 5 percent increase from the previous year, and the highest number for the holiday since AAA started tracking the data 18 years ago.

This record number, despite a recent spike in gas prices, reveals just how strong the economy has become under President Trump’s leadership, while reflecting unprecedented confidence in the economy’s future growth.

Considering everything President Trump has done to revive our economy, it should come as no surprise that Americans are taking more vacations now than at any point since 2010.

President Trump’s economic plan which centers on tax cuts and deregulation has breathed new life into the American economy, fostering an incredibly business-friendly environment. This year, companies across the country have been able to increase wages, issue bonuses, and, most importantly, hire new employees. Over 213,000 jobs were added during the month of June alone, and the unemployment rate currently sits at a near record low of 4 percent.

Also, a recent report shows that $300 billion was repatriated back to America in the first quarter of 2018, the largest amount in history.

It’s obvious that more Americans were able to travel to celebrate Independence Day this year because Americans have more economic independence than they’ve had in years.

The fact that more Americans are able to take more time off isn’t just a reflection of a successful economy — it’s also self-reinforcing. Studies have revealed that those who frequently travel are significantly happier in both their personal and professional lives than those who do not.

Should the Democrats regain control of Congress, however, Americans will surely lose the economic gains they’ve made thanks to President Trump -- along with their newfound leisure time.

In fact, Democratic Party leaders have made it clear that they want to revoke the very tax cuts that are fueling the boom in our economy. The Democrats’ anti-business economic policies would mean less money and fewer jobs in America, which inevitably means fewer opportunities to go on vacation too.

Leisure time is just one of the many benefits Americans are enjoying in the Trump economy. To keep this momentum going, we must deny Democrats control of Congress this fall or they’ll turn back our economic clock at their first opportunity.