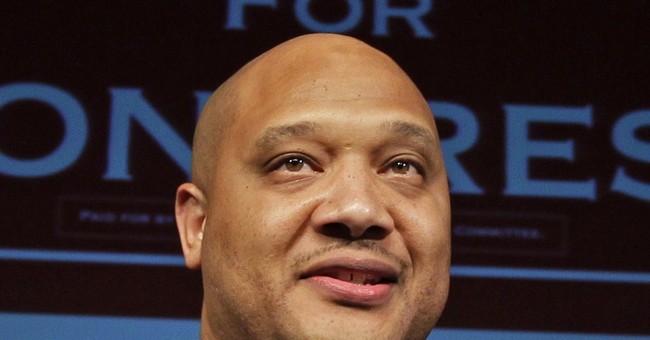 Recently Rep. André Carson of Indiana took the lead in condemning presidential candidate Ben Carson for his remarks regarding unwillingness to support a sharia-adherent Muslim for the position of President of the United States.

“I do not believe Sharia is consistent with the Constitution of this country,” Carson said, referencing the Islamic law derived from the Koran and traditions of Islam. “Muslims feel that their religion is very much a part of your public life and what you do as a public official, and that’s inconsistent with our principles and our Constitution.”

Carson said that the only exception he’d make would be if the Muslim running for office “publicly rejected all the tenets of Sharia and lived a life consistent with that.”

André Carson’s stance is unsurprising, not simply because he himself is Muslim, but because he embodies perfectly the exact concerns which are being raised.

Rep. André Carson has spent his entire political career in the company of, and advocating on behalf of, Muslim Brotherhood-linked organizations. Carson has extensive ties to the Council on American Islamic Relations (CAIR), the Islamic Society of North America (ISNA), the Muslim American Society (MAS), and others revealed in federal law enforcement documents to be tied to the U.S. Muslim Brotherhood, and (in the case of CAIR and ISNA) to the terrorist organization Hamas. He has been both funded by Islamists, as well spoken at fundraisers on their behalf.

Of course the U.S. Muslim Brotherhood’s goal is inherently anti-constitutional, as expressed in the “Explanatory Memorandum” which details the Brotherhood’s long term plan for America:

“The lkhwan must understand that their work in America is a kind of grand Jihad in eliminating and destroying the Western civilization from within and "sabotaging" its miserable house by their hands and the hands of the believers so that it is eliminated and God's religion is made victorious over all other religions.”

Having as president an individual who believes (or whose allies believe, as Carson’s certainly do) that the goal should be to see Islam “made victorious” over other religions is a far greater threat to religious liberty than any suggestion made by Ben Carson.

It was after all, André Carson, not Ben Carson, who sought to have European Parliamentarian Geert Wilders banned from entering the United States over his immigration views and views on Islam. The idea that the U.S. should be a country which bans people on the basis of their speech shows its Rep. Carson who have a problem with the fundamental principles which form the Constitution, in particular the 1st Amendment. As legal scholar Eugene Volokh noted in the Washington Post:

“The Congressmen [referring to Rep. André Carson and Rep. Keith Ellison] quite clearly don’t want to allow Rep. Wilders to debate such matters here in the U.S.” But their “In the U.S.” paragraph suggests that they view even such debates by Americans as constitutionally unprotected.”

Carson also sought to have the Department of Justice carry out a criminal civil rights probe against protesters who held a rally outside the Islamic Community Center of Phoenix simply because some protestors chose to legally exercise their second amendment right at the same time. The ICCP was chosen as a protest site because the Muslim Brotherhood-linked Mosque was the home of Garland, Texas shooters Nadir Soofi and Elton Simpson, whose attempt to slaughter attendees (including Geert Wilders) at a cartoon contest was averted only by armed security and quick thinking police.

Rep. André Carson clearly has a major problem with understanding the free exercise of the 1st (and perhaps 2nd) amendment.

Carson did not have a problem however publicly praising Muslim Brotherhood leader Tariq Ramadan in 2014. Ramadan had previously been banned from entering the United States under the Bush administration for having provided material support to Hamas.

Given the choice between the constitutionally-protected but Sharia-violating speech on Islam, and the illegal under American law but obligatory under Sharia material support for jihad, André Carson appears to favor Sharia every time.

This makes him an excellent spokesman to prove Ben Carson’s point.