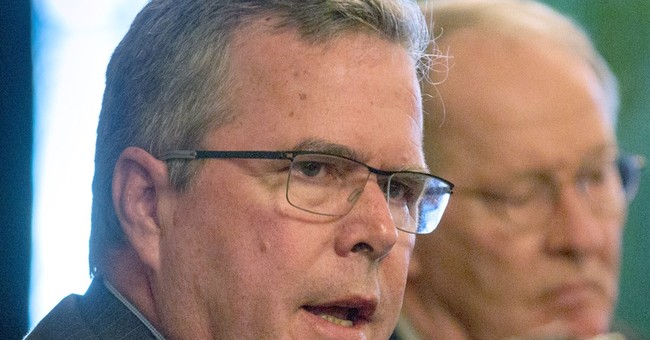 She never misses an opportunity to skewer the former Florida governor for his enthusiastic support of Common Core.

“And who are the people behind these efforts to usurp local control and sovereignty, to trample parental rights, to invade student privacy, and to undermine basic constitutional principles? Chamber of Commerce types, Republican Party types, Jeb Bush, Mike Huckabee, the Establishment — they’re just a facade for the people who are really pulling the strings behind the scenes: the John Dewey/Saul Alinsky-marinated progressives who’ve been trying to undermine local control of education for as long as they’ve been alive and for as long as I can remember,” Malkin said.

“Fed ed. I’m tired of fed ed. And I’m fed up with people swallowing the lies of Common Core propagandists who say that it was state-led. And yet it’s Arne Duncan and Bill Gates who are the only ones blabbering about it all the time on the air-waves,” she said.

They’re the ones “blabbering” about it because they’re the ones who have the most to lose. Parents across the country are organizing and standing up against Common Core, its crazy math and its data collection of personal information about our children.

Malkin has been one of the leaders in the movement against the nationalization of the education system and she has single-handedly done more than just about anyone to help turn the tide against progressive education schemes.

Trudeau calls for patience as Canadian railways have been shut down for 12 days by protesters
Hotair
Spygate: The Criminal Investigation Shifts Focus
Redstate