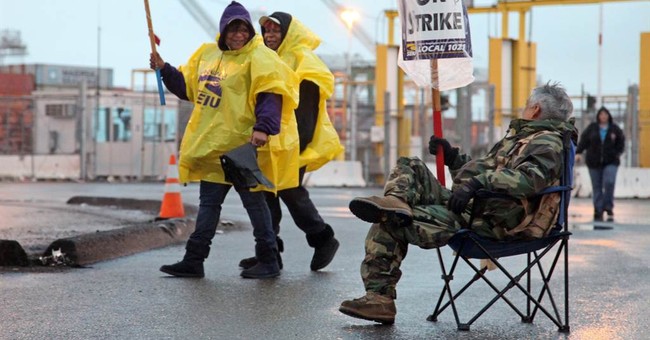 Every day our staff at EAGnews wrestles with the following questions: “What are our children being taught in school?” and “How is the information they’re learning going to change America?”

Those are important questions to ask, particularly since government schools in more than 40 states will soon be teaching students a curriculum that’s aligned to the new Common Core national standards.

There are still a lot of unanswered questions about Common Core. One of the biggest is, “What kind of ideas are leftists going to try and slip into your child’s classroom through the Common Core experiment?”

There’s no doubt it will happen. There is far too much documented evidence of liberal educators actively designing lesson plans and strategies to indoctrinate students into their school of thought.

And they don’t just target college students and high school kids. Many of their strategies call for the indoctrination process to begin in the early elementary grades.

One might argue that there’s a firewall against such political mischief, since it’s up to local school districts to decide how they’re going to teach the new math and English standards to students.

But most school districts in Common Core-aligned states won’t be designing their own unique curriculum. That would require a lot of time, money and brainpower.

Instead most districts have purchased – or will purchase – a pre-written, Common Core-ready curriculum from a major textbook company, like the Zaner-Bloser company.

EAGnews recently purchased a stack of Common Core-aligned teacher guides produced by Zaner-Bloser because we wanted to know what students are being taught about America’s history, economic system and predominant culture.

The guides we purchased are for grades 1-6 and feature different texts promoted by the Common Core learning standards. Each text comes with a week’s worth of related lessons.

One of the books recommended in the third-grade teaching guide is “Si Se Puede/Yes We Can!”

Zaner-Bloser includes this book – with its very familiar title – in its “Rights and Responsibilities” unit.

Most Americans would probably expect a unit about citizen “rights and responsibilities” to be firmly rooted in the Constitutional principle of individual rights – as described by the Bill of Rights – and checks on the power of government.

But that’s not the goal of the “Si Se Puede” book and lesson plans.

According to the Zaner-Bloser guide, the “central question” for students to grapple with is, “How can we work together as a community to stand up for our rights?”

You can already see where this is going.

The acronym SEIU refers to the Service Employees International Union, one of the largest and most radical far-left labor unions in the country.

So that’s the kind of “community” Zaner-Bloser authors are referring to.

In the teachers’ guide, the authors say the janitors went on strike “for more money because their wages [were] too low to be fair.”

Keep in mind, this unit is geared for 8- and 9-year-olds who have no understanding of how the labor market works, let alone any knowledge of the economic principle of supply and demand.

And yet they’re being told that the janitors weren’t making a “fair” wage.

That’s not all they’re being taught. In the guide, teachers are told to introduce students to the vocabulary word of the week – “protest.”

The book instructs the teacher to “remind students that a protest is an event in which people publicly show their strong disapproval of something. Discuss protest throughout the week. Challenge students to use the word while speaking and writing.”

After students read the book and learn about underpaid janitors and protests, the guide tells teachers to help students apply these concepts to their lives.

They do that by brainstorming about problems they believe exist in their school.

In case the kids can’t identify any problems worth protesting, the Zaner-Bloser authors helpfully offer an example: “No talking allowed in the lunchroom.”

The authors even suggest a solution: “Protest by making signs and marching.”

So here you have a Common Core-aligned lesson instructing third-graders how to stage a public protest against their adult school leaders. They’re essentially being groomed to be future members of labor unions, or at least to sympathize with the organized labor point of view.

We have teachers – teachers! – who are showing 8- and 9-year-olds how to be defiant and unruly.

We certainly hope they don’t teach them the standard SEIU procedure for dealing with classmates who become “scabs” and cross their protest line.

In case you’re wondering, nowhere in the “Rights and Responsibilities” teachers’ guide is there any mention of the founding of America, our God-given rights enshrined in the Constitution or the protection of individual rights through limited government.

But we shouldn’t be too surprised. Traditional American values quickly lose their value when left-wing activists control the classroom.

That’s why it’s so important that parents pay attention to what’s going on in their children’s school. I implore you to find out what your children are being taught.

There is an organized effort to push these radical ideas on very young kids. Only parents and other citizens have the power to put an end to it.