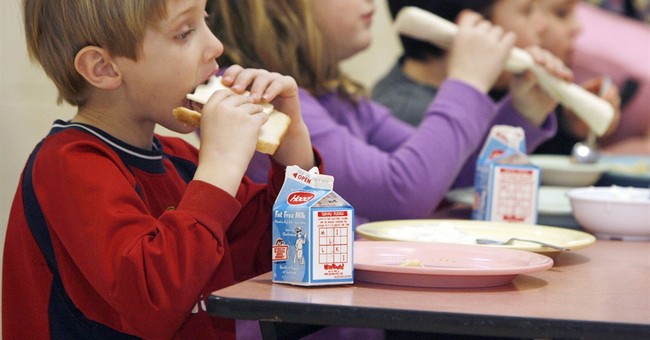 This week’s shocking story from Maryland shows the wheels are falling off the Common Core cart.

Parent Robert Small wasn’t pleased by the pro-Common Core propaganda show being put on by his local school district. So he decided to stand up at the phony town hall meeting and ask a few questions to his state’s education leaders.

What unfolded should shock every American, regardless of their feelings about Common Core national standards.

What we learned is this: The bureaucrats can’t withstand a simple challenge from a taxpaying citizen without having the (very polite) critic literally hauled off in handcuffs.

When proponents of Common Core are required to defend the indefensible, they simply can’t do it. They arrange phony town hall meetings where parents and taxpayers are expecting to sit quietly while the bureaucrats shuffle through prearranged questions and spout talking points and spin.

If they can’t even defend Common Core beyond the talking points they were provided, how do you think implementation and execution of the standards is going to go?

I have never seen an education issue motivate everyday people as much as this. The people I met at Glenn Beck’s recent “Man in the Moon” event in Salt Lake City - knowledgeable, well researched, reasonable folks – are the bureaucracy’s worst nightmare. And my message to them is this – keep the pedal to the metal. You are causing this disruption in the controllists’ perfectly laid plan.

And you’re causing them to lose control of themselves.

Jeb Bush – the highest-profile Common Core proponent on the right – is accusing us of being “comfortable with mediocrity” in education. And he’s the latest to dismiss critics as simply behaving in a “purely political” manner. Previously, he’s dismissed us simply as “noise.”

There’s no quicker way to poison a legitimate debate than to demonize those who disagree with you. Obviously the people opposed to Common Core care about kids and quality education - otherwise they wouldn’t be speaking up. Gov. Bush and his allies should remember and respect that.

Defenders of Common Core are panicking across the nation. In Wisconsin, pro-Common Core Republicans in the legislature are trying to weasel out of their commitment to hold hearings on the adoption, cost and implementation of the standards because at the one hearing they held, average people showed up by the dozens to voice their displeasure.

The people who quietly pushed through the standards a few years ago were never expecting such a backlash.

The politicians and bureaucrats are sensing the tide is turning and they’re doing everything they can to avoid further debate - even if that means having critics arrested and jailed.

Small’s arrest at a public meeting should serve as a call to arms for every parent who fears what the feds – and their state education system lemmings – are doing to our children’s future.

So to the people in this fight, keep at it. Right now we’re winning the battle. I don’t know if we’ll win the war, but we certainly have the momentum.

Don’t let the insecure thug bureaucracy bully you with its intimidation tactics, even when those tactics involve the police.

On Monday, I joined Glenn Beck to discuss the situation. See the video here.