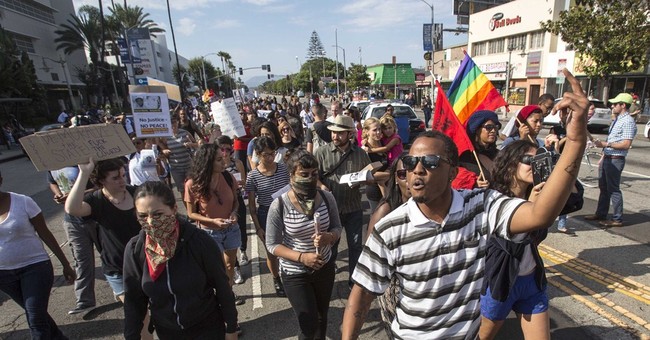 You’ve got to hand it to the teachers unions. They will embrace any topic to try to distract the public from the miserable condition of the government education system.

American Federation of Teachers President Rhonda “Randi” Weingarten is a pro at this game. She predictably lined up for the leftist cattle call this weekend to feign outrage over the “not guilty” verdict in the George Zimmerman trial.

“It is very disappointing that a racially profiled, unarmed African-American young man wearing a hoodie can be shot dead and there will be no consequences for the perpetrator. This case reminds us that the path to racial justice is still a long one, and that our legal and moral systems do not always mesh,” Weingarten said in a statement.

She insists on perpetuating the myth that race had something to do with the incident.

This was a tragic incident that left a teen dead and several families permanently traumatized. Isn’t that bad enough? Why do lefties like Weingarten insist on pouring racial gasoline on this fire?

“…Our legal and moral systems do not always mesh.” What does that statement even mean?

A jury determined that Martin physically attacked Zimmerman, and the older man likely feared for his life when he made the decision to discharge his weapon.

Would he have reacted differently if his attacker had been white? Is Weingarten suggesting that Zimmerman should have allowed himself to be pummeled, and perhaps killed, because the aggressor was African-American?

Meanwhile, for all of their outrage about this case, Weingarten and the other liberals bloviating on Twitter have been strangely silent about the bloodbath taking place in Chicago.

Consider these statistics, according to “Crime in Chicago 2013”:

Where is the outrage over these shocking numbers in a city that’s been controlled by liberals and unions for decades?

When are Weingarten and her friends going to turn their attention to the horrible fact that most violent acts against black Americans are committed by other black Americans?

We suppose that doesn’t fit their world view and political agenda well enough. A seemingly white man (who turned out to be Latino) shooting a black kid lends much more credence to their constant claim about the pervasiveness of racism.

Never mind that such incidents are extremely rare in modern America.

Shame on Weingarten for using a tragedy to try to stoke more bitterness between the races. A responsible jury made a responsible decision, and she should act like an adult and encourage Americans to move on.