Why Do We Accept So Little Freedom in Education? 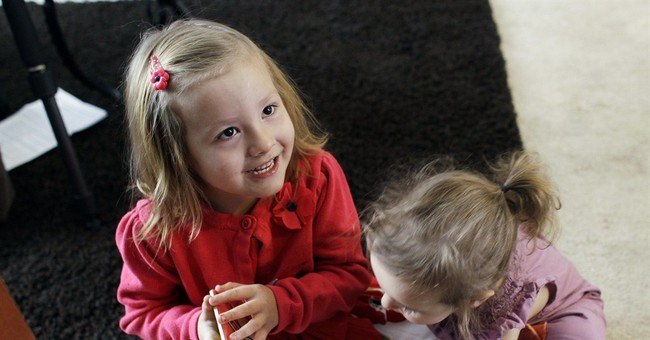 America is supposed to be about freedom. One of the founding principles of our country is that we are naturally endowed with the inalienable right to choose how we want to live our lives.

But many children have never had the opportunity to attend the schools that they and their parents might prefer. For decades, indeed generations, millions of kids have been assigned to attend government-run schools based on where they live.

Too many of those kids have been stuck in sub-standard schools, where there is little or no hope of gaining the type of education necessary to prepare for the modern world.

In states where school choice is becoming the norm – Indiana, Wisconsin and Lousiana, for example – that problem is not as prevalent. Many students from lower-income families have the right to use state vouchers to pay for private school tuition for those children.

Students in those states can escape from the cycle of failure that exists in many public school systems. Kids in states like Illinois have far fewer options.

Freedom of choice is obviously the key to education reform. Unfortunately the nation’s powerful teachers unions and their allies are doing their best to stop the school choice movement before it has a chance to spread and bring hope to more families and communities.

Chicago Teachers Union President Karen Lewis summed up the union position at a recent “Occupy Department of Education” event in Washington, D.C., when she said:

“The problem is we are in times when people believe that the market is always right … The market always has a solution for the problems. Now the problem with that is when you look at market solutions for schooling problems and certainly publicly funded public education, then what you start looking at is that you raise up the level of the individual. So it’s just what my individual kid needs, not what’s good for kids, but what my kid needs.”

What Lewis means is the individual is bad and the collective interest is good. Instead of letting parents and students choose the education that best fits their needs, we’ll sentence all students to mediocrity – or worse – because everyone should be “equal.”

It’s not as if Lewis and the teachers union have much credibility. Lewis spouts on and on about corporate interests “ruining” Chicago Public Schools, but the tragic fact is that there isn’t much left to ruin. Recent data shows only 20 percent of Chicago eighth-graders are proficient in reading and math and the graduation rate is around 54 percent.

How could more school choice possibly hurt in the city?

This is the question before the citizens of Illinois (and America). Will parents allow a bureaucracy to continue to dictate what is best for their children?

Many states have made the bold decision to expand choice and competition within the government education system. They’ve given parents and students – not unions and other special interest groups – power and resources.

As a result a lot of children from lower-income neighborhoods are receiving quality instruction at private and charter schools. And the increased competition for students has forced a lot of traditional public schools to re-examine their priorities. That’s a very healthy development for a lot of schools that have been too comfortable for too long.

But that’s only happening in states where the public has demanded change and state officials have been forced to respond. This is why your involvement matters so much.