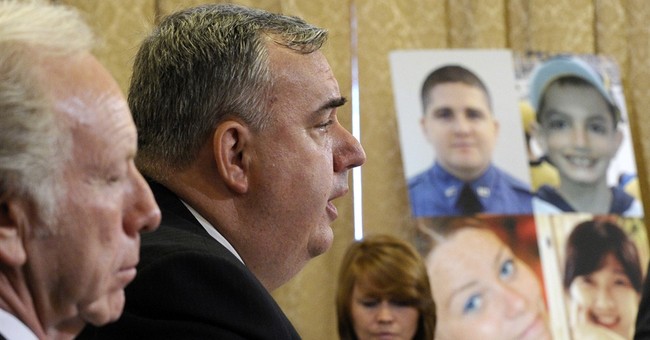 Just days after a terrorist bombing and subsequent manhunt gripped Boston and the rest of the nation, one would think city leaders would be hesitant to honor radicals seeking to overthrow the government and the capitalist economic system.

But they didn’t hesitate at all.

Radical Socialists and anarchists gathered on the steps of Boston City Hall to rant about capitalism, work and free markets on May 1. Their presence was honored by the Boston City Council, which passed a resolution honoring the protesters and “international workers day.”

District 4 Councilor Charles Yancey appeared at the rally to read the lengthy resolution. Despite a video showing Yancey physically handing the resolution to one of the protest organizers, the resolution could not later be found on the city council’s website.

Perhaps city leaders had second thoughts after the resolution was approved and presented. But they can’t sidestep the fact that they officially endorsed a bunch of people who want to bring social and economic revolution to the United States.

Dorotea Manuela of the Boston May Day Committee kicked off the Boston Mayday rally by shouting about the “greedy capitalist pigs” and telling the crowd, “we shouldn’t be afraid of the words socialism, communism!”

Later in the day, anarchists, socialists and “wobblies” from the Industrial Workers of the World held a “funeral for capitalism.” They also swept the streets in an effort to “sweep away the miserable system.”

While the Boston Marathon bombers were inspired by a different form of radicalism, anarchists have demonstrated a willingness to use violence and destruction of property as a means to deliver their message. Just ask business owners in cities like Seattle, Chicago, New York City, Oakland, California and London, especially during the Occupy Wall Street protests.

This is the philosophy and type of behavior the city leaders of Boston wish to honor?

Why Democrats Think the 'Walls Are Closing In' on Trump...Again
Matt Vespa
Why One House Democrat Is Calling for a New CDC Director
Leah Barkoukis
'I Recommended Not Responding': VA School Accidentally Responds to Email from Reporter About Mask Mandate
Landon Mion
Rand Paul Tweets Out Asking If 'Snot-nosed Censors at YouTube Will Come to My Office and Kiss My …'
Rebecca Downs
Loudoun County Public Schools Remove Sexually Explicit Book from Library
Landon Mion
Michigan Dems Say Parents Shouldn’t Tell Schools What to Teach
Landon Mion