Kyle Olson  |  Aug 30, 2011
The opinions expressed by columnists are their own and do not necessarily represent the views of Townhall.com.
Top Columns
Trending on Townhall Media 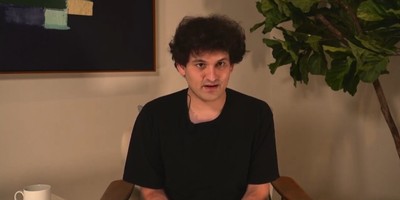 The state’s public sector employee unions recently suffered an embarrassing rebuke from voters when four of the six targeted Republican lawmakers survived their recall elections. Big Labor took back two seats, but it was not enough to regain control of the state Senate.

If you thought Big Labor would be chastened by the defeat, think again.

The unions are so angry and have become so obsessed with Scott Walker, that a contingency of union thugs followed him to Milwaukee’s Messmer Preparatory Catholic School last Friday where the governor was to read to students and tour the school.

An unidentified union thug tried to prevent the visit from occurring by tampering with the school’s door locks. Media reports indicate that the vandal put super glue and sticks in the locks of eight school doors late Thursday night. Things went downhill from there.

Protestors spent the day on the sidewalk outside the school, chanting and displaying anti- Walker signs, such as “War on Walker, not on workers.” One protestor was even arrested on battery charges.

The protests got so raucous that at least one parent said that she felt unsafe entering the school with her child.

But the low point occurred when a protester got in the face of a female school employee who was standing quietly on the sidewalk, not engaging the mob in any way. He told her:

Could this be the face of the 21st Century Ku Klux Klan? Think about it. Union thugs are now using intimidation tactics against anyone who dares to disagree with Big Labor’s agenda, and tell them they are not welcomed in the community. The union only wants to associate with “their kind.”

Keep in mind that during the height of the Madison protests, union supporters bullied local business owners into displaying pro-union signs in their store windows so union members would know who was “with them” and who wasn’t.

It’s time to put a stop to these bullying tactics. Taxpayers deserve to know the identity of the thug who was intimidating the school employee last Friday. A civil rights complaint ought to be filed against him for his intimidation tactics, as well as against any organization he was representing at the protest.

See a picture of him here.

If you recognize this person, please email me directly at kolson@edactiongroup.org. No one should get a free pass for intimidating anyone.

The unionist thugs are getting more desperate in Wisconsin and around the country. They see their gravy train derailing and they realize that voters are reluctant to recall lawmakers who are serious about reforming government.