Kurt Schlichter
|
Posted: May 26, 2022 12:01 AM
Share   Tweet
The opinions expressed by columnists are their own and do not necessarily represent the views of Townhall.com. 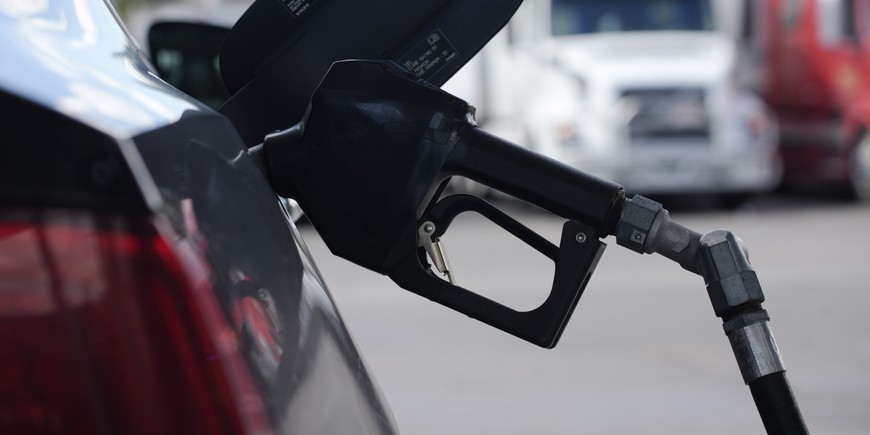 Sometimes something is so horrifying that you simply cannot process it – your brain tells you that it’s not real,that it can’t be real, but the horror now approaching us is all too real. Millions of people are likely to starve to death in the next year – we know it’s coming, we know why, and yet our garbage ruling caste is paralyzed. Inflation, particularly of fossil fuels, and the crop failures caused by lack of fertilizers (again, exacerbated by lack of fossil fuels), will mean mass starvation. Oh, when the TV is filled with pictures of skeletal kids, the regime adherents will rage at us for letting this happen, but they are the architects of this massacre. And they could stop it, if they wanted to, by opening up America’s oil tap.

But they are choosing not to act to stop it.

Not because all of them necessarily prefer that millions of people, primarily in the Third World, to die, though some are certainly not all that displeased. After all, their hideous ideology butchered 100 million people in the last century. But the elite will accept it as the cost of their rule.

Think that’s nuts? Crazy talk? Look at the prog abortion freaks, happy to kill a baby seconds before it sees sunlight if that’s the birthing parent’s whim. Look at the ones crowing about how it was the Jesus-gun people who would die from COVID. Tell me again how much they care about humans who get in their way. No, none of them is willing to do what it will take to derail the death train roaring down the tracks. What it will take is repudiating their poisonous fetishes about the climate hoax, and they can’t do it. They won’t do it. No, they will instead allow millions of sacrifices to appease the angry weather god.

And they will lie and blame us when this is all their doing, all the result of their choices stemming from their bizarre obsession with the greatest fraud in scientific history.

The coming food apocalypse is because of fossil fuels, or rather, the lack of them. Now, we do not lack fossil fuels in any real terms. We have more reserves and more capacity than ever to supply the miracle product that creates the fertilizers that grow the food and fuels the transport that moves it to hungry people around the globe. But our rulers hate oil, the same substance that lifted much of the world out of poverty and would do the same to the rest of humanity if they would only get out of the way.

Yet they won’t. The anti-fossil fuel fanatics are caught up in their pagan climate religion – something had to fill the void in their empty souls when they rejected actual religion as too constraining of their creepy appetites. Their half-nelson on fossil fuel and their denial of access to it by others means they have power. As with everything about the international establishment, this is about power. It’s about the power to deny you the autonomy that cars give you, the joy that grilling a rib-eye provides. Does it hurt them if you can go where you want and do as you please thanks to oil? No. They just get off on being able to rule over you.

And their jollies are going to kill millions in the Third World, but our frivolous ruling class doesn’t care about dead Bangladeshis any more than it cared about your family when your job got shifted the Szechuan in the name of globalism or your kid got creeped on by some groomer pervert at the unionized Democrat-run public school.

Go to the Safeway. Check out the prices. Got to the Shell station. Check out the price per gallon. You’ll find a way to pay it. It will hurt, a lot, and your life will get worse, but you’ll live. But what does someone in Zimbabwe eat when the diesel that carries the grain has doubled in price, and so has the grain itself? That mom in Zimbabwe dies after watching her babies die.

Well, we all know how much the left cares about babies.

We all know the solution – it’s right there. Unleash America’s energy industry. Stop slow-walking permits, stop banning leases, re-start Keystone. Drill, drill, drill. That’s the solution. More fossil fuels, even without Russia – whose supplies are out of bounds because our trash president and his coterie of incompetents gave Putin the green light to invade Ukraine. But the ideologues and nuts in the bureaucracy are dedicated to destroying fossil fuels as an energy source.

We never voted for that. Though you would have heard it if you paid attention to what they said when they thought no one was listening, one ever said to us openly, “Hey, we want to raise the price of gas to $10 a gallon so suddenly the green scams of our campaign contributors will be economically viable.” Oh, they said it to and among themselves – this is not happenstance but a plan. They want this, and if scores of African babies die because the price of food gets too high and the supply to low, oh well. Just more collateral damage in the quest for swell feelz thanks to the faux-faith of the coastal elite.

But be assured that when the death toll can’t be denied, the regime media will place the blame for the inescapable consequences of these decisions right where it always does – on us. Your selfish desire for a Ford F-150 did it. You had to have a rib-eye when you could have been eating beetle paste. Then they will jump in their jets and wing their way to Davos to deplore us deplorables – same as it ever was.

They did it once with COVID. They’re about to do it again. We can’t let them.

Conservatives Must Stand Together and Fight. Join Townhall VIP. And Check Out Last Week's Stream of Kurtiousness, I'm Concerned That Trump Is Going to Lose His Influence. And my podcast, Unredacted.