After Being Humiliated in VA, Democrats Tell the Voters to Kiss-Off

Kurt Schlichter
|
Posted: Nov 05, 2021 12:01 AM
Share   Tweet
The opinions expressed by columnists are their own and do not necessarily represent the views of Townhall.com. 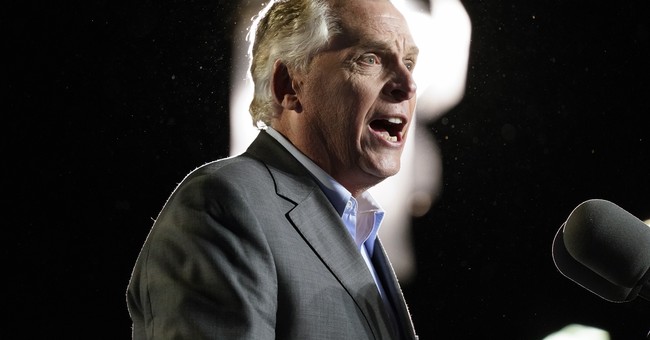 Back like 25 years ago, when President * was only 132 years old, The Simpsons was funny, and there was a great scene where Principal Skinner, confronted with the possibility that he screwed up, reassures himself that no, it’s the children who are wrong. In that analogy, the Democrats are Seymour Skinner (or Armin Tamzarian, if you are really into Simpsons deep cuts) and the voters are the kids.

Glenn Youngkin greatly disappointed Terry McAuliffe and his North American Man-Boy Lincoln Project (I wish I originated that) pals by winning Virginia, the latter also because Glenn did not live up to his last name. We kid the tiki torch twerps, but that’s only because one of their founders tried to score with young boys.

In any case, smart people would take a step back after the massive repudiation that was last Tuesday in blue bastions like Old Dominion, New Jersey, and various other venues nationwide that have not gotten as much play. But we are dealing with Democrats. It appears that their analysis is that the American people hate what they are doing so they should do more of it harder, and then the American people will love them. We must encourage this innovative strategy.

As Napoleon supposedly said, never interrupt and enemy when he is making a mistake.

Human beings often default to denial when the things they truly believe are shown to be total frauds, and so do progressives. Of course, this is a total rejection of their agenda by normal people. Inflation, international humiliation, your kids coming home telling you about how their commie teacher says you’re a racist – normal people don’t like this. But Democrats are not normal. And that bit them hard on the Schumer last Tuesday.

Frankly, I am excited that the Democrats have, instead of doing the hard work of taking a deep dive into their agenda and ejecting stuff that people hate, decided to adopt my Kurt’s Initiative for Success and Stuff – Operation Focused Failure, better known as KISS-OFF.

And I am gratified to see their message to the voters is 100% KISS-OFF. You’re welcome!

The first part of this bold campaign is to tell the voters that stuff that the voters see is happening is not actually happening. “There’s no such thing as teaching schoolkids CRT!” they and their media minions declare. Also, they declare, there is nothing more important than teaching kids CRT and, if you disagree, you are a racist.

Their flex, to the limited extent they are even trying to elide the truth rather than simply straight-face deny it, is that CRT is a race-obsessed Marxist garbage theory taught only in the most exclusive universities (whose endowments must be seized, but that’s another column) while what is happening in schools is totally different because what is happening in schools is indoctrination in a race-obsessed Marxist garbage agenda derived from CRT. That’s a kind of distinction, I guess – a lame kind. You can call it “scat,” “dung,” “nadlerings,” “Biden oopsies,” or a “San Francisco sidewalk pie,” but we’re not going to stick it between two slices of Wonder Bread and take a bite.

But the key to KISS-OFF is to pretend that no one will notice the blow back. Except no one normal seems to be noticing the jostling for the various infrastructure scams going on back in DC. There’s little or no chance that you have been someplace where someone randomly said, “Gosh, I sure wish the Congress would pass President Biden’s Build Back Better plan!” If you are in such a place, get out of DC now. However, I would bet you good money – as opposed to the soon-to-be-worthless Weimar script the Fed is pumping out – that you have been someplace and heard people bitching about gas prices. Remember, a key component of KISS-OFF is to encourage higher gas prices by shutting down American energy independence so as to appease the angry weather gods the weirdos in Manhattan and Marin County worship.

We, as Republicans, should encourage the Democrats to push their KISS-OFF agenda, and we should publicize their efforts. You guys are doing great, and we want to help.

We can help by doing what Glenn Youngkin did and talk about the Democrats’ courageous strategy to turn our schools into commie conformity factories, to mask everyone forever, to sniff foreign enemy rump, and to ruin the economy. This is how bipartisanship should work – we can build bridges by bringing to people’s attention how the Democrat plan affects people’s real lives.

Now, of course that makes you racist and sexist and other bad stuff, especially you penis-people of pallor, though is seems odd that racism is a huge problem when the only white supremacist males the Democrats could find were five khaki-clad goobers that included a sad black dude and a thicc chick. But since you will always be racist if you are not down with the Dems – as Winsome Sears and Jason Miyares found out after winning their elections as Republicans – you have nothing to lose. You can stop caring what these CRT-infected goofs say, to the extent you ever did.

Oh well. This is not our problem. In fact, it demonstrates our solution – Republicans need to move past the old GOP “Guns and capital gains cuts” agenda to the new GOP agenda of addressing the practical problems our voters (and their voters!) are talking about – inflation, indoctrination, and international humiliation. In the meantime, we should stand back and watch as our Democrat friends tell their voters to KISS-OFF.

Conservatives Must Stand Together and Fight. Join Townhall VIP. And Check Out Last Week's Stream of Kurtiousness, Is Glenn Youngkin Going to Win? And my podcast, Unredacted.

The Virginia victories don’t necessarily mean we are out of the woods – things could still go bad. My sixth Kelly Turnbull conservative action thriller, The Split, shows what happens when America splits into red and blue countries. Get all six bestsellers, including People's Republic, Indian Country, Wildfire, Collapse, and Crisis!