Kurt Schlichter
|
Posted: Jul 22, 2020 12:01 AM
Share   Tweet
The opinions expressed by columnists are their own and do not necessarily represent the views of Townhall.com. 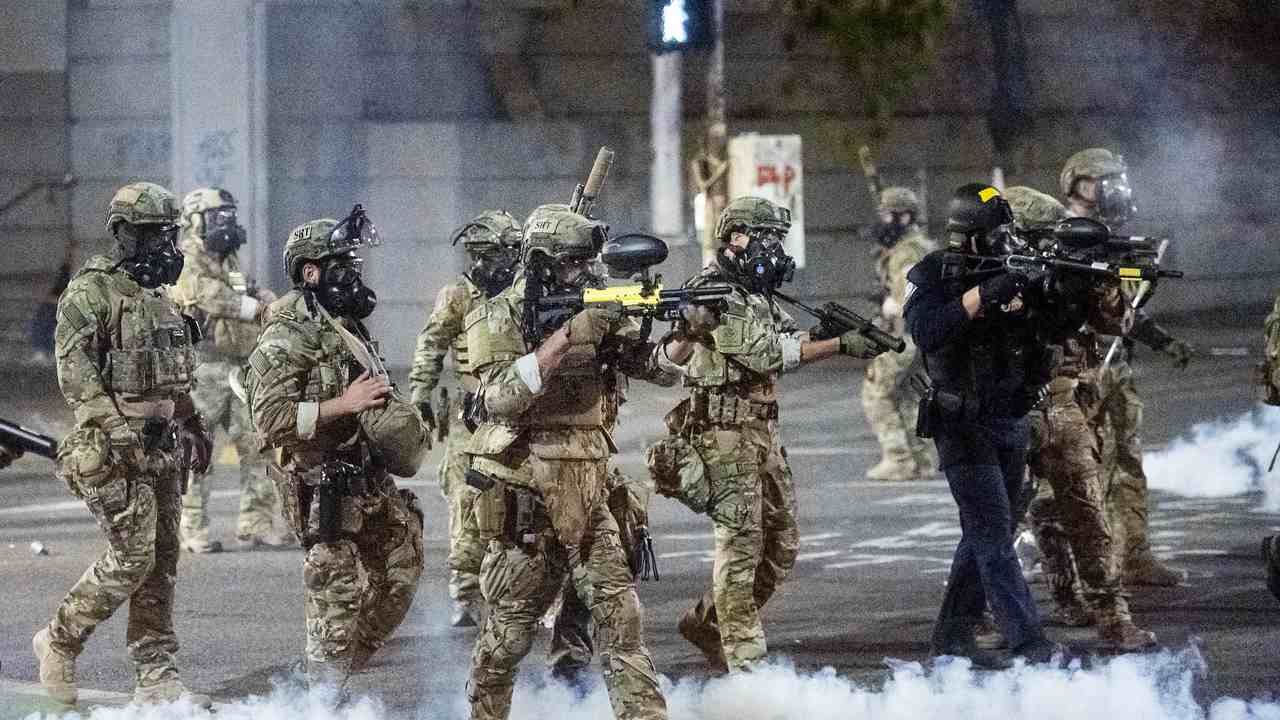 Donald Trump is enforcing the law, which is the worst thing ever according to jerks. Among the best things ever are hamburgers, but we need some real talk about hot dogs and Sloppy Joes, those shameless burger pretenders. Also, my new book is selling well and that means there is hope for America.

So, Donald Trump is once again literally Hitler (I forget which lie number “Trump is Literally Hitler” is in my new book, but it’s one of them), and this time he’s literally Hitler because…wait, do I have this right? *Squint* It’s because…you sure about this? … he is using federal law enforcement to enforce federal law in Portland because that garbage town’s garbage mayor and garbage DA refuse to do so and are letting garbage socialist punks run rampant through the streets.

In fact, Hitler himself literally came to power after letting his scumbag socialist punks run rampant through the streets. Basically, by seeking to preserve law and order, Trump is doing exactly the opposite of what Hitler did. You might call it “ironic,” but it’s not really ironic, and anyway irony recently died by suicide, so this charge is not actually ironic. It’s just stupid.

I like that the feds are on the streets throwing these dirtbags into cars and hauling them off to the fed pokey. They’re just doing the jobs other American cops won’t do. Want to know why you always see these jerks in Democrat cities? Because the Democrat mayors support them, and they hold back the cops unless the rioters are dumb enough to protest outside the mayor’s house, in which case the local yokels get unleashed. The Soros-owned DAs support them too and dismiss what few charges the police departments do file. The cops could shut the whole thing down in a millisecond if allowed, but this is part of an information operation by the Democrats to try to portray America as ungovernable and Trump as ineffectual by letting their own cities burn. I hope you inner city liberal voters realize just how much your limo lib masters appreciate your sacrifice of peace, safety, and your kids’ lives so they can have more power.

The dummies made the mistake of hitting a federal courthouse, meaning federal law was broken. The feds won’t go in and willy-nilly enforce routine state laws, but if the bad guys earn a federal beef it is game on. So, in came the feds in full camo mode and pretty soon the Antifa toads were croaking a sad, sad tune. Botox Nancy piped up, calling federal cops “stormtroopers” – remember how feds were brave heroes of bravery when they were FBI twerps helping out with the soft coup? – and the media loyally joined in. Our intrepid reporters can’t report worth a Schiff, but boy oh boy can they ever eagerly transcribe Democrat talking points into news report format!

The coordinated response – it all happened right at the same time with the same talking points, surprise surprise – was not made necessary because these feds were ineffective. The objection is that they are effective. They are spoiling the chaos party. They aren’t being held back by their bosses, and the DOJ is actually prosecuting these weenies using federal statutes with federal prison time attached. It’s a rude awakening to the rude wokesters, which is why there’s a coordinated effort to stop it.

Much of the outcry surrounds the alleged meanness and roughness of these federal cops in their handling of the lil’ darlings of the left. Apparently, these officers are too liberal – too liberal in their use of gas, rubber bullets, and hard takedown maneuvers. Well, I hear these concerns about the feds being too harsh and I care a lot about these serious allegations.

I care so much that it’s now on to burger talk.

The Noble Hamburger And Its Lesser Imitators

The hamburger is one of nature’s perfect foods, but people keep screwing them up. There are some clear burger rules that must be observed, like “A burger is made with ground beef and not some weird other meat or, worse, non-meat patty.” We’ll talk more about this in the future, as I care a lot about the subject of hamburgers, as opposed to, say, the harsh treatment of black-clad commie cretins in the Pacific Northwest.

Today, I want to share some real talk on the lesser lights of the burger family. Basically, hot dogs and Sloppy Joes are the Billy Carter and Mary Trump of burger-esque entrees. They are lesser relatives who should be at best ignored if not outright scorned.

Hot dogs are bad. They taste bad, they look bad – keep that icky cylinder away from me! – they are made of the best-left-forgotten bits and pieces of animals like snouts, hooves, and Ted Lieus. Perhaps their popularity is that they are easy to cook – throw them in water and you have both a soggy sausage and a gross broth. The kind of people who eat hot dogs by choice probably think like that.

Here’s the short version: Never speak of hot dogs to me.

And Sloppy Joes – what are they? What is that goop? It’s not chili, it’s not anything except ground beef with some sauce and I guess you can put mustard on it. A hamburger, which is food fit for an American, can also wield ketchup and mayo. But a Sloppy Joe? It’s just…nothing. I don’t know why they exist but they should stop doing so.

There, something I care about, as compared to our federal police heroes tousling the manes of a bunch of spoiled freaks trying to run rampant. I assume I will hear from you about my pronouncement at my super-secret email address below. Just understand that if you disagree with me you are wrong.

Thanks for all the support of the book. Books are always a crapshoot. Surefire winners end up in the reminder bin and garbage like White Fragility ends up a smash hit after getting adopted by weird, whiny, woke wine women who use its idiot teachings to fill up the chardonnay-soaked void where their souls would normally be.

The book did pretty well the first week and has stayed stable. It had good presales online before the release on 7/7 and, interestingly, it had about 50/50 hardcover versus electronic sales. Usually it’s 70 percent hardcover, 30 percent e-book but you folks are clearly tech-savvy thought leaders who reject the Luddite siren song of Big Wood Pulp.

I did a ton of media supporting it, everything from Fox to Chumley n’ The Cheesecutter’s Morning Radio Hotbox on WEEN AM 1680 Buffalo. There are a bunch of new podcasts with me guesting out there. Here’s a fun Red State interview with Thomas LaDuke. Here’s a good one with anarchist elf Michal Malice. And there’s my recent visit with the great Dennis Miller – I felt like Barney Fife invited to be on Dirty Harry’s podcast “Do Ya Feel Lucky, Punks?”, sponsored by Smith & Wesson and Sondra’s Locks.

So, thanks for your support, unless you have not gotten it yet. If not, what the heck is wrong with you? It's actually gotten good reviews. Go score The 21 Biggest Lies About Donald Trump (and You!) now.