What Happens When Your Book Happens?

Kurt Schlichter
|
Posted: Jul 08, 2020 12:01 AM
Share   Tweet
The opinions expressed by columnists are their own and do not necessarily represent the views of Townhall.com. 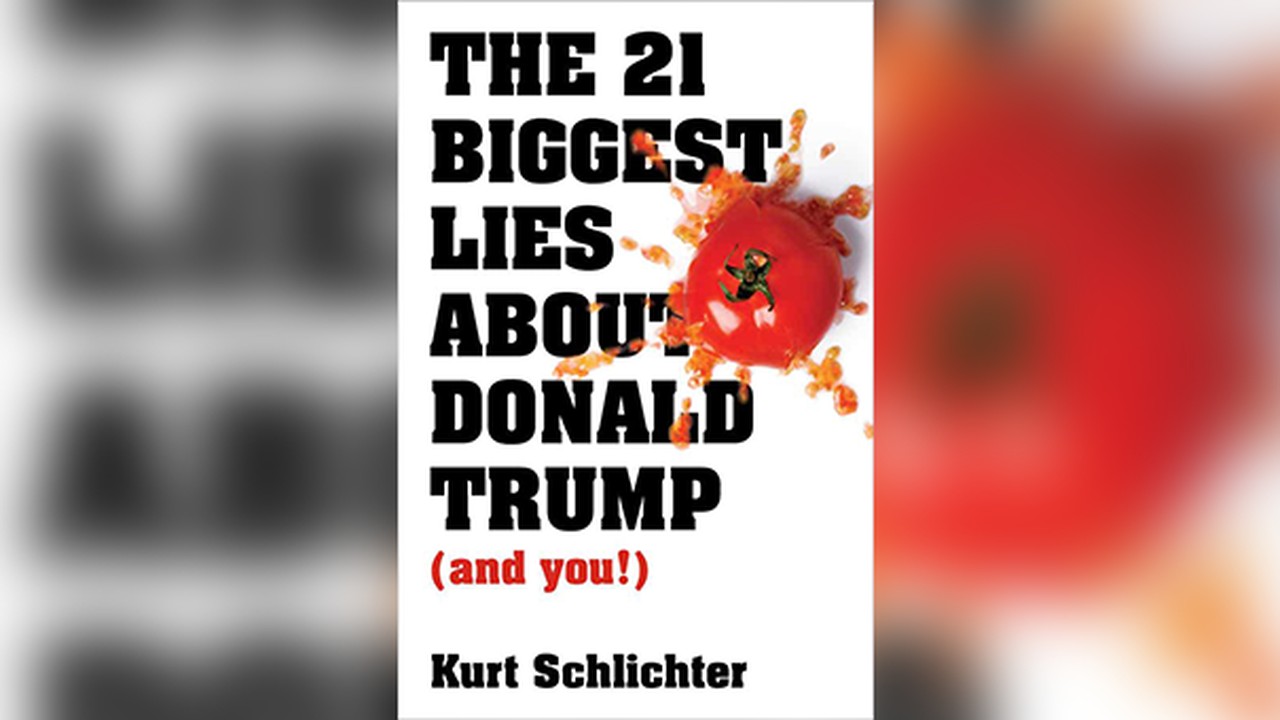 The great thing about Townhall VIP is that the audience likes to engage instead of sitting there inert, like Never Trumpers in the face of the liberals. I am still getting gun suggestions, comments, and statements about how I suck from people over the Why You Need To Be Armed, And With What columns from two weeks ago. At toady blogs like The Bulwark, people just like to watch…much like the staff.

Anyway, you guys give me the freedom to write about more than just what’s happening this minute and I appreciate that. I thought I would take this column to peel back the curtain on how conservative books get made. And to market my new Regnery non-fiction book, The 21 Biggest Lies About Donald Trump (and You!), which came out yesterday, since I had any shame gland surgically removed in law school.

BTW, among my favorite Dumb People on Twitter is the guy who announces, as if it’s some powerful revelation only a visionary like him could comprehend, that “You’re trying to sell your books!” Yes, yes I am, intentionally and on purpose.

If I wanted to put out books and not sell them, I’d write for The Bulwark. The same is true if I couldn’t do a push-up.

Now, you know that I write conservative action fiction People's Republic novels (which are coming true) via Amazon and do non-fiction with traditional publishers. My agent actually talked me into doing this one, or rather, he got me to think about it until I cracked it. There’s a moment in preparing every column and every book where you have a concept but you don’t have a feel for it. Then, suddenly, you do, and it’s right there in front of you. That’s when I wrote the proposal, which was pretty short since I have a track record, and we made a deal.

This was a fast book. Publishing is stuck back in the 20th century – the early 20th century. But we did the deal last fall and I had a manuscript done by February. My writing strategy is simple – I write the book. I sit down (or often lie down, writing on a laptop on my chest) and write the book. I’ll do sometimes 5,000 words a day. When it flows, it flows. This one flowed, especially since it was built around 21 lies (along with other material) and had a natural framework.

Do I edit as I write? Not really. I get a draft done then edit that. I have done this long enough that I am usually prepared in my head enough to get a 75%-80% solution on paper the first time. But I do polish it. Here, I went through it, gave it to my Regnery editor (Irina and Derek Hunter usually edit my columns), and he had thousands of edits. Thousands.

Those are suggestions and I considered each one. A lot were copy edits. My typos are legendary. Others were about clarifying what I was trying to say. My style is…unusual. I like long, intricate sentences full of obscure references and non-standard constructions. I also assume everyone gets my references (and you do because you are sharp). So, we worked through those. I made sure my voice was there in the book and my editor made sure I was saying what had to be said in the clearest, best possible way. I probably took half his suggestions and revised some other things he pointed out my way. Others stayed original.

The edits got entered and that was kind of a key moment – rereading it. Was it any good? I read it, and I was happy with it, which is nice. I usually have two criteria – does it say something interesting and is it funny? I think 21 Biggest Lies is both if I say so myself, and I do.

The book then goes off for close copy editing and legal review to make sure I didn’t defame anyone. Since one of the things I do as a lawyer is defamation cases – some of them kind of famous – I was ahead of the game there. In the meantime the pangolin pandemic panic started and I knew I had to say something about the flu fiasco. This was late April and I wrote a whole new chapter, so you are effectively getting 22 lies for the price of 21. I give and give and give.

Then we got the July 7th publication date, and we waited. I was concerned that with the new cycle rotating faster than a quasar, the book would get overcome by events. Not so. These lies – Trump is racist, Trump is sexist, Trump is stupid (and you are also all those things) – are evergreen. Just a couple weeks ago we got Lie  No. 4 again, Trump loves him some Putin!

We met to market it and got the cover out and started raising awareness on social media. We wanted to build pre-orders because a bird in the hand, etc. I pushed for Tony Katz, who did my last one, to do the audiobook. They agreed – I really like the publisher because we work very well together.

So, launch week approached and the Bat Soup Flu was back so we decided that I would do my book tour from my house. That’s fine – I’ll have Barkey and Bitey join me for TV hits. Of course, I’m getting my deck rebuilt so the sound of saws and hammers will punctuate my media hits.

I got a haircut for TV, since I was looking pretty shaggy, like a newly-divorced dentist who moved into a condo near the beach and was trying way too hard to get back in the game.

And, of course, there’s the moment you get the box of actual books. That’s kind of nice. It’s cool to be able to do projects like 21 Biggest Lies, but I never forget that I can only do them because of you folks. Thanks!

Once again, grab yourself a copy of my new book, The 21 Biggest Lies About Donald Trump (and You!). If you don’t, you’ll make liberals, Never Trumpers, and other degenerate losers happy. Why would you hate America like that?

My super-secret email is kurt.schlichter@townhall.com.