Why You Need To Be Armed, And With What

Kurt Schlichter
|
Posted: Jun 24, 2020 12:01 AM
Share   Tweet
The opinions expressed by columnists are their own and do not necessarily represent the views of Townhall.com. 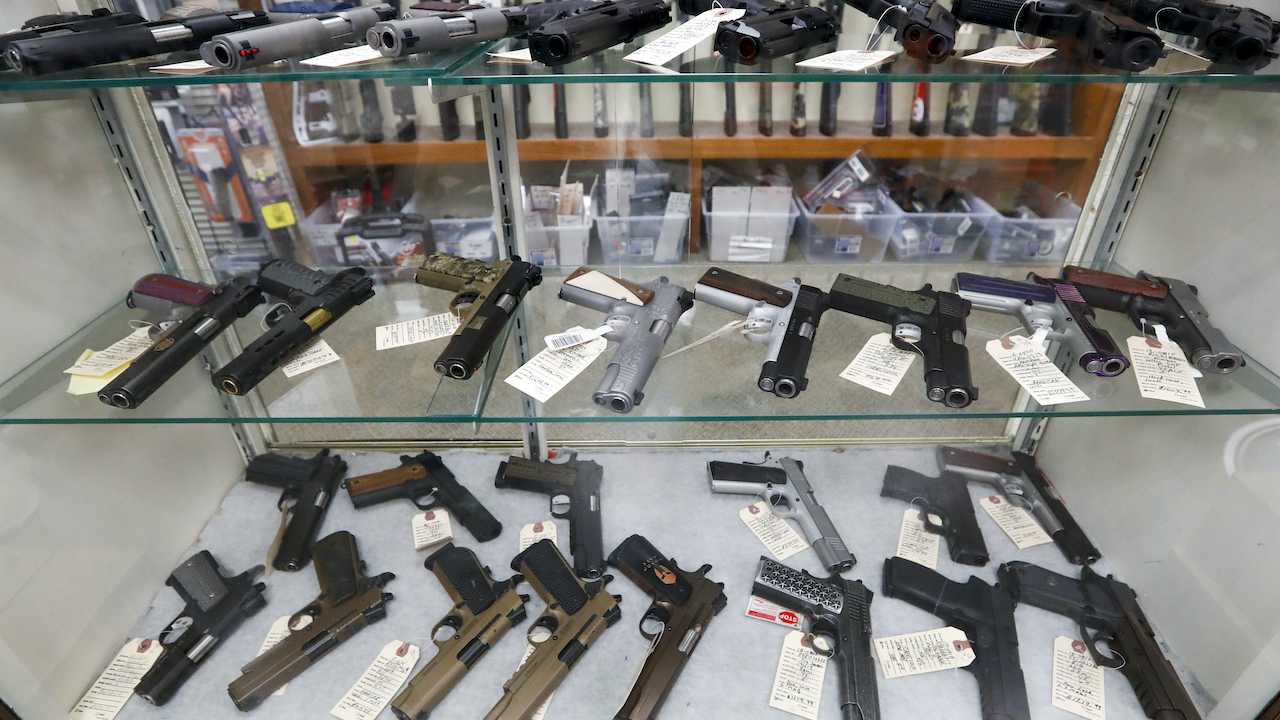 As promised, this week let’s talk about guns. Not just what guns a citizen should possess to do his or her duty, but why a citizen must be armed. Let me offer a threshold trigger warning – we’re first talking about what might morally trigger the use of triggers. Then we’ll talk about my recommendations for your basic citizen’s armory – and I’ll solicit your thoughts on what heat a citizen should pack.

You should buy guns and ammunition if for no other reason than the Founding Fathers expected you to do so. Sure, the Founders are currently out of fashion, the moral giants of modernity having discovered that these men failed to live up to all of our current standards and thereafter engaged in bravely passing judgment upon their memory from the safety and security of the Republic the great men provided. Irony, thy name is “Karen,” or “Ashleigh.” In either case, irony has pink hair, a nose ring and a trust fund.

It is these SJW stormtroopers whose antics remind us of the necessity that all healthy, law-abiding citizens take personal responsibility for the safety and security of themselves, their families, their communities, and their Constitution. You watch the casual violence these beings celebrate and you observe the utter glee at which they attack dissenters from their simultaneously rigid yet endlessly-morphing dogma and you have to wonder where their boundary lies, what constitutes “too far.”

If they will trash a statute and burn a small business, what won’t they trash and burn? A church? Oops, too late. And if they will leave you without a job, destroy your property, and hit you over the head with a bike lock in a tube sock because of your words, what’s to stop them from tossing you in jail if they could? Have you heard a single one of them explain that there is such a line that they would never cross? Has any ever reassured us that, “If we had the levers of government power, we would never imprison you for words”?

Would you believe it if they did? If so, why? There’s a little thing called history that those of you with faith that our Marxy cultural tormentors would rein themselves in at the use of the judicial system to punish their enemies for thoughtcrimes ought to review.

And if they would jail you, why would they not murder you, if they could? What’s the moral border between just taking your freedom and taking your life for people who tell you that you are worse than Hitler?

The Founders understood that an armed citizenry is a bulwark – not the sissy Fredocon kind but the strong defense kind – against crime, disorder, and tyranny. Crime is self-explanatory. Guns in the hands of citizens deter and sometimes terminate crime. Disorder is relatively common – riots, fires, floods, a zombie apocalypse. Armed citizens can maintain order when the civilian and military forces we have ceded that job to, in normal times, are overwhelmed. Crime and disorder control are the most likely operational uses of a citizen’s arsenal.

More complicated is the question of the use of armed force to confront aspiring tyrants. The key to this function is the ability to confront an aspiring tyrant that only guns in the hands of all (or at least many) healthy, law-abiding citizens provide. Leaving a monopoly on force in society in the hands of a centralized government means that you have to rely on the integrity and morality of whatever politician is in charge of the government. And only an idiot puts his life and liberty in the hands of politicians’ integrity and morality.

Arms should be common to, and decentralized among, the people – just in case.

In fact, their actual use in battle against tyrants is a role so remote as to be just this side of hypothetical – in nearly 250 years of American history, after the Revolution, the mass of the citizenry has never had to rise on any substantial scale to defeat tyranny. There have been instances of it since – Athens, Tennessee was an example, and perhaps Bleeding Kansas – but these are limited exceptions (The Civil War was fought primarily by government-controlled military forces). The more realistic role of an armed citizenry (besides the control of common crime and disorder) is to both stimulate the sense of citizenship and duty among the people and to deter the kind of tyranny that would require an armed response. An aspiring tyrant must always keep in mind that his actions should spark an insurrection – and while it has not happened since, in the Revolutionary War it did happen.

There’s a reason you often see memes of a pissed off guy in a tri-corner hat with a hatchet and an AR-15.

The right to rebel against oppression – real oppression that cannot be cured in a courtroom or a voting booth that, so far, has been merely theoretical for over two centuries – is one we jealously guard. We’re not talking about “boogaloo” babble but about the deadly serious duty of every American citizen to personally act to secure our freedom when the Constitution itself has been so trampled underfoot that rights cannot be vindicated through the courts or through voting, and when an undeterred aspiring tyrant sheds our blood unjustly. Should that happen, then and only then, in extremis, might we be justified in revolting.

The chances of this are so remote as to be nearly theoretical, yet it is always possible Many of use have seen the aftermath of such a conflict overseas, and we understand that it must be a truly last resort, but it remains our right to fight rather than submit to the loss of our freedom.

Foreigners, especially the soft and sheeplike Euros we are constantly told we should emulate, are baffled by this right that we so jealously guard. But the right to have the guns to fight for our freedom is one of the things that makes us American citizens instead of glorified serfs.

So, what do you need to take up your sacred duty to be prepared to fight for freedom if it comes to that, and until then provide a deterrent to those who look for guidance not to the Philadelphia of 1776 but the Havana and Caracas of 2020?

Let’s kick the hornets’ nest on the proper guns for a citizen and get the argument started. My email address is below and next week I’ll offer some of the zillions of responses telling me how wrong I am.

This is my recommendation for a very basic arsenal that will allow a citizen to perform the basic function of a citizen in response to crime, disorder, and even tyranny. A citizen armed this way is fully capable of meaningfully contributing to locally-organized defenses (we’re talking about individuals or small, decentralized groups as the units of action). My basic criteria are simplicity of operation, proven reliability, commonality of the weapon, commonality of the ammo, and proven effectiveness. Basically, I recommend a handgun and two long guns, a rifle and a shotgun per healthy, law-abiding citizen. One long gun is probably sufficient – I’d make it the rifle if I had to choose.

Handgun: The Glock 19. This is a small- to mid-sized pistol, readily concealable, very simple to operate, reliable, and accurate. It is easy to shoot and you can become proficient quickly. It fires a 9mm round, which is very common and is effective enough to do the job.

Rifle: An AR-15. Combat-proven, this civilian version of the M16/M4 family of military rifles is reliable, easy to shoot, readily accessorized, and effective. Liberals hate it, as the ubiquitous Ar-15 rifle has become a symbol of stubborn American resolve to remain free. The 5.56mm ammo is easy to find and powerful enough – it’s not like a .308 that will put down a deer, but it will do the job, particularly for smaller and/or less-experienced shooters. You can get them relatively inexpensively, but you can also spend more and get the Rolls-Royce models from providers like the legendary Wilson Combat variants.

Shotgun: Remington 870. This simple pump-action shotgun has been proven in peace, in war, and on the streets with cops for decades. It fires formidable but common 12-gauge shells and has many tactical variants. Simple, effective, and relatively cheap, it is an American legend.

Let the arguments begin, particularly those of you who want to tussle over pistol calibers. Yes, I like the .45 round too, and my ultimate carry would be the same high-end .45 Wilson Combat CQB that the hero of my novels uses, but this is about basics. What can someone buy cheaply and learn to use effectively quickly? Let me know what you think!

Go on and pre-order a copy of my new non-fiction book from Regnery, The 21 Biggest Lies about Donald Trump (and You!). It drops soon, on July 7, and you know you’re going to get it anyway so do it now!  Also, check out my VIP podcast “Unredacted” every Monday, and my free podcast “Fighting Words” on Wednesdays! And don’t forget my 2A-woke novels People's Republic, Indian Country, Wildfire and Collapse! My super-secret email address is Kurt.Schlichter@townhall.com!