Kurt Schlichter
|
Posted: May 20, 2020 12:01 AM
Share   Tweet
The opinions expressed by columnists are their own and do not necessarily represent the views of Townhall.com. 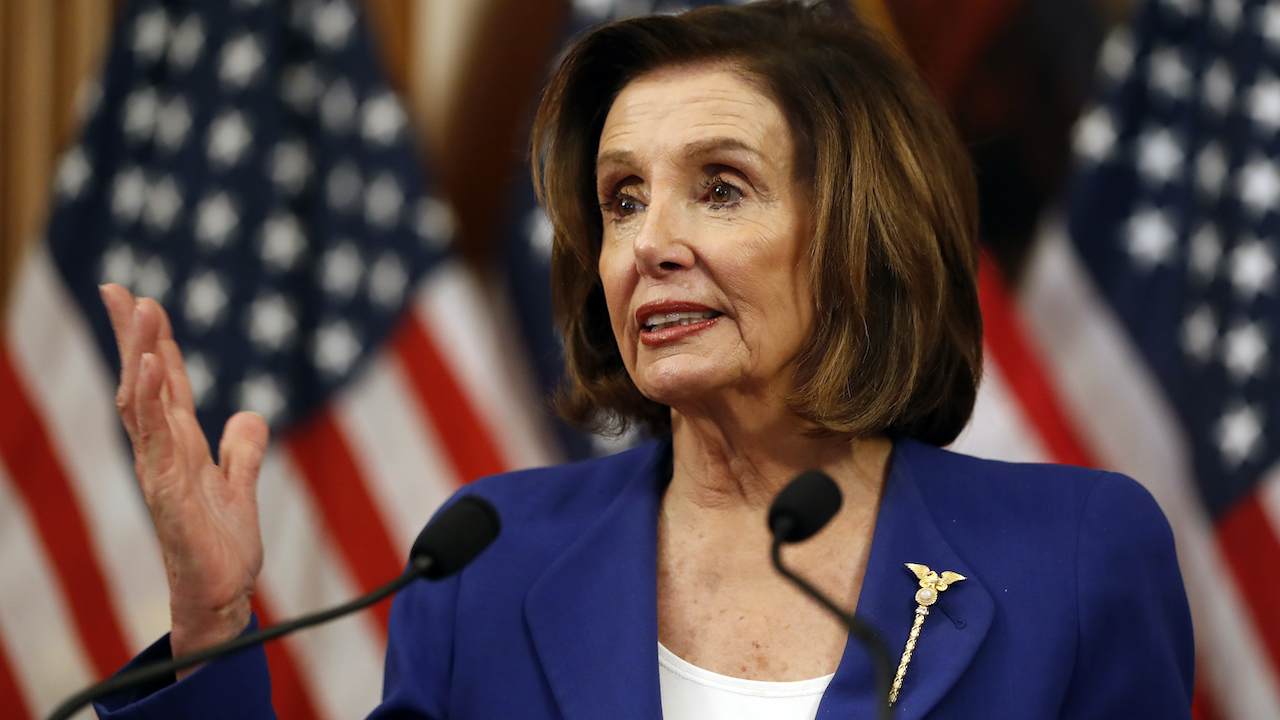 It’s been a remarkably dumb week even for 2020. One of the highlights was watching the media hacks looking at each other and pretending they have absolutely no idea what Donald Trump is talking about when he repeatedly tweets “#OBAMAGATE.” Remember, these are the same geniuses who are always wrong yet expect us to pay attention to their special insights into current events. Sheesh. On the upside, it’s becoming clear that we have a good shot at sending Nancy Pelosi back to Scat Francisco. Plus, I want to intro you to an Army guy who is trying to take a swing seat away from Nancy’s bestest purple district buddy!

One of the enduring themes of the last decade has been when liberals pretend not to understand things in the hope that we will get so frustrated catering to their feigned incomprehension that we will drop it and go away. “Political correctness? What does that even mean?” Instead of confronting what PC is, they pretend that rejecting the idea of our having every thought and utterance policed by bitter, pierced sophomore scolds is a secret code for liking racism, sexism, Islamophobia, fatism, and all of the other myriad -isms and -phobias written in the pages of the Big Book of Bad Things.

We have seen this tactic a lot, as well its ne’er-do-well cousin, weaponized hyperliteralism. That’s when Trump makes a statement that is manifestly purely rhetorical or clearly hyperbole and they pretend that he means it literally. Salena Zito formulated the theory that to understand Trump and his supporters, you had to take them “seriously, not literally,” but that’s no fun. No, they have to pretend even though we think it makes them look stupid. Apparently, dumb is the new smart.

The collective “What’s that?” is over “Obamagate,” which draws a hugely theatrical shrug from the same coterie of media hacks who spent the last four years pushing the Trump/Russia lie. Perhaps they imagine that embracing the New Obtuseness will drive us into amnesia over the aggressive use of government authority to disrupt the peaceful transfer of power (This is Hugh Hewitt’s formulation – being a genuinely nice guy, he attempts to meet their bad faith challenge with definition instead of my preferred response, which involves a single finger).

But this is not a winner’s play. Doing the Ostrich Dance makes you feel like you are winning right up until you get devoured from the neck down. The libs are not out there making a case that what Obama and his pack of perjurious conspirators did was A-OK, at least not to normal people (in the dingy, lonely realms of CNN and MSNBC, they are busy assuring each other that all this unmasking was perfectly normal and good and proper and, well, even if it wasn’t the Trump Exception™ applies). But Trump is pushing it and he’s pushing Cocaine Mitch and Lazy Lindsey to do something about it. This will come up in the campaign, especially since it appears that Gropey Joe was in the Oval Office during one of the plotting sessions. Of course, Grandpa Badfinger denies remembering it, and, ironically, that’s the most believable thing any of these punks have said about it.

The polls are all over the place, which is good. Trump crushed Felonia Milhous von Pantsuit in 2016 when the polls were unanimous that he had no chance, so having some of the polls say he has some chance is a vast improvement. If Trump does win, we have a good chance of keeping the Senate – the efforts of stupid and weak Republicans notwithstanding – but we need to do more. We need to take the House away from Nancy Pelosi (D-Botox). And we can do it. Thanks to Mike Garcia’s big win in a California district that leaned toward Stumbles McMyturn, we need just 17 seats to send Pelosi back to keeping the crypt.

Remember, she won because we lost a bunch of moderate seats that she filled with libs who ran as moderates. The great thing is that the Pangolin Flu has, if you pardon the expression, unmasked their liberalism. These alleged moderates will get stuck having to support the blue state governors who are intent on keeping everything closed until all viruses are eradicated from the face of the earth in order to own the Drumpf. They have to explain to their constituents why regular people need to go bankrupt to help that sinewey freak Biden win. That’ll be no fun. We have an opportunity – we need to attack.

One of the key races has noted #Army alpha Sean Parnell, who President Trump personally asked to run, running against the aptly named Conor Lamb (D-Betaburg). If I was a nicer person, I would not mock my Marine pals that he was one of them. But I’m not, and they gotta grimace whenever they see this guy living the motto “Semper Lib.”

Like Ted Lieu, who I can only assume is his role model since they vote the same way, Lamb was a lawyer in the military, so it’s a race between Trump’s Ranger and Nancy Pelosi’s JAG. Sean got wounded in combat and is fighting hard for the people of Western PA. Conor Lamb helped make a deal to let an officer who was sexually abusing his position with subordinates retire with a pension after a little jail time and is now fighting hard for Nancy Pelosi’s Left Coast priorities. Lamb votes with Pelosi over 90% of the time, and his first vote, if he wins in his gerrymandered district, will be to reinstall Her Tautness as Speaker.

I got a chance to chat with Sean recently. He got the first question I always ask a candidate – “Are you a sissy, or are you woke?” See, way too many GOP candidates refuse to be woke to the fight we’re in and are too scared to fight for what they say they believe in. How many times have we been disappointed by a big talker who gets to DC and doesn’t walk the walk? But I knew Sean from his hardcore Twitter game. Moreover, I knew he was an Army vet whose own troops have come out to support him (as a retired officer, that was a huge indicator to me). He’s woke.

And he’s going to chop this Lamb. Sean pointed out that Lamb’s already stuck defending the devastating – in lives and livelihoods – state shutdown under PA’s Democrat governor. Sean says to re-open sensibly; Lamb is still waiting for his bosses to give him his talking points. And you know Nancy’s Boy is scared. Lambchop got special permission from his boss to vote against the $3 billion porkfest she just proposed. But don’t worry – after election day he’ll be right there for her as he has been since he snagged the seat.

Being a ranger, Sean’s aggressive. Here’s Sean messing with Lamb after Cong. Baby Sheep whined on Twitter about calling the authorities on some mean old Republicans writing mean things about him in chalk. Weak! We know Lamb is against the Second Amendment, and apparently, he’s also against the First; yet, somehow, he managed to read the Constitution and find a right to a government-funded abortion until the kid can drive.

The polling looks good for the good guys, which means Nancy is directing her NY and LA check-writers to flood the district with outside cash in a desperate ploy to save her sacrificial Lamb. If you want to help Trump, that means you need to help Sean. You can do it here.

Quick! Pre-order a copy of my new non-fiction book from Regnery, The 21 Biggest Lies about Donald Trump (and You!). It drops July 7, and that’s when the Ahoy crowd whining begins in earnest. You Townhall VIP members should check out my podcast “Unredacted” every Monday, and my free podcast “Fighting Words” on Wednesdays! And don’t forget my novels People's Republic, Indian Country, Wildfire and Collapse!