Kurt Schlichter
|
Posted: Feb 26, 2020 12:01 AM
Share   Tweet
The opinions expressed by columnists are their own and do not necessarily represent the views of Townhall.com. 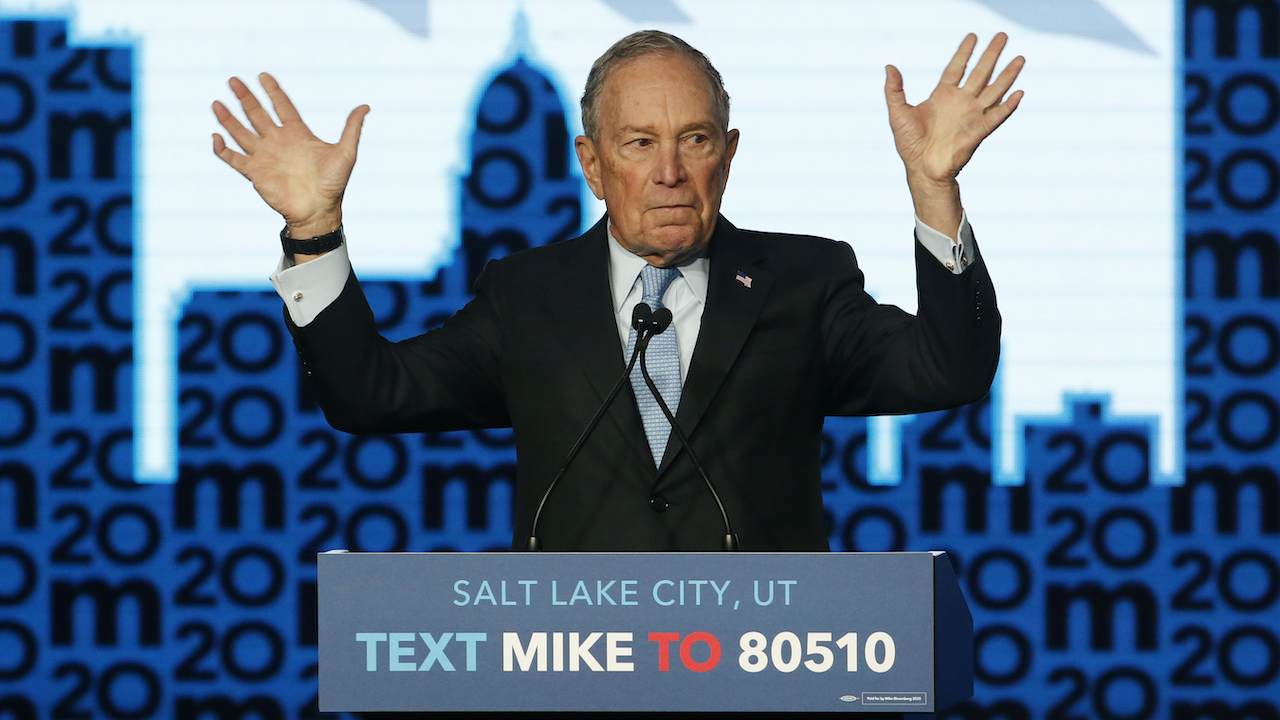 Oh my gosh, did you see the Megabucks Elf ran an ad that made fun of the other Democrat dorks and IT WAS DOCTORED! "What is satire, Alex?" And then liberal judges are feeling the pain of the Trump tide of conservative jurists undoing their evil machinations. Also, Russia is back, bigger and dumber than ever!

You Are Too Stupid to Understand Parody, Media Idiots Insist

The worst thing about this election cycle is that the Democrats are such a steaming heap of garbage that every once in a while, I find myself sort of agreeing with Dem Dwarf Mike Bloomberg. He ran this ad after his utter humiliation at the recent debate where he put in cricket noises as a way to illustrate, in an amusing-ish way, that his competitors were even bigger clowns than he is – an amazing achievement. But then, our trash media decided that it needed to be 42.3% dumber, and immediately fact-checked this humorous ad and pronounced it false.

Gee, thanks for the help. I thought that crickets had taken over the Democratic debate stage, but apparently not. And when I heard those bugs chirping, I resolved to immediately support Napoleon Ban-a-Coke. But then the media blew the lid off this cynical deception. My eyes opened to the vortex of lies into which I had been sucked. Thanks for clearing that up for me, you brave firefighters of freedom who keep democracy from dying in darkness.

Once again, the media raises the question of whether they are composed of idiots, or the media thinks all of you are idiots, or if it's some combo of the two.

Now, satire is really effective. Parody is really effective. Both require hyperbole, and by definition, they require reality to be altered to make a point. Both assert, in a compelling way, that their targets are fools. And it is their very effectiveness that makes the establishment want to stamp them out. See, our establishment is composed of failures, incompetents, and venal losers, and when they are accurately depicted, people stop respecting them. They can't have that, so their plan is to enforce respect by outlawing disrespect. That's why they want to ban you from making fun of them.

I think you know what to do.

The Sadness of Justice Sotomayor

So, the Wise Latino™ has expressed sadness that the conservative majority of the SCOTUS has said "No dice" to yet another random district judge trying to stop the Trump administration from doing its job by inventing reasons it can't. This was part of the "public charge" law – you know, the one the American people passed to ensure that people who immigrated here would not go on the dole. But liberals, for some reason, not only think that everyone on earth has a right to be here, no matter what mere peasant citizens like you say, but that they further have a right to be supported by you peasant citizens. The Trump administration has this insane idea that you should be the priority, not shiftless aliens, and attempted to enforce the existing law requiring people to show they aren't going to be bums. This was unconstitutional or something, because of reasons and because you're a transphobe and Russians and, uh, racism.

Yeah, racism, because it's always racism, you racist racists of racism.

Anyway, liberal Justice Sotomayor is pretty steamed that the liberal veto on your right to have a say in your own governance is getting canceled. See, the judiciary was a vital check on democracy, allowing the liberal elite – which makes up the ranks of lawyers who end up making up the ranks of judges, hmmmm? – to essentially reject anything you want your elected representatives to do. The actual grounds for the rejection is immaterial. As with abortion and all the rest, they just make it up.

Except we figured out the scam, and we're taking over the judiciary. Pretty soon, our 5-4 majority is going to be 6-3 – that's just how the mill of time grinds. They are starting to see all of their dreams of lib-fascism masquerading as the rule of law dying, and they are panicking. Let's just hope the next critical SCOTUS vacancy occurs for some good reason – like a retirement instead of something sad – this election year because that would be amazing.

One of the best things to happen lately was Lawrence "Stop the Hammer n' Sickling" O'Donnell insisting, apparently on purpose, that "TRUMP IS A RUSSIAN OPERATIVE!"

I don't want to paraphrase this smart take; you need to savor each measured, not-insane word:

This was MSNBC, so you go in expecting dumb, but then you hear a monologue like this, and you begin to appreciate how some people are not willing to be constrained by concepts like "accuracy," or "reason," or "not being a complete buffoon." Way to break barriers, Larry. Way to not let people pigeonhole you as someone who isn't so staggeringly stupid that he needs reminders to breathe.

I guess I could offer, you know, facts and evidence to counter this theory. Perhaps I could point to many reasons why this is demonstrably not true, when the opposite is, in fact, manifestly obvious to anyone who could count past ten with his shoes on. But I won't.

That would ruin it because this is perfect. This encapsulates just how lame those who purport to be our betters are. And it demonstrates how hilarious it's going to be when Trump mops the floor with these nimrods in November.

You better score my latest conservative thriller, "Collapse," and the other entries in the best-selling series, "People's Republic," "Indian Country," and "Wildfire," just in case the tide turns back to failure and liberalism. That way, when America turns to Schiff, you won't be surprised. Get them all, and also check out my Townhall VIP podcast, "Unredacted" every Monday as well as my new Hugh Hewitt-affiliated Salem podcast, "Fighting Words"!

My super-secret email is Kurt.Schlichter@townhall.com!