Kurt Schlichter
|
Posted: Jan 22, 2020 12:01 AM
Share   Tweet
The opinions expressed by columnists are their own and do not necessarily represent the views of Townhall.com. 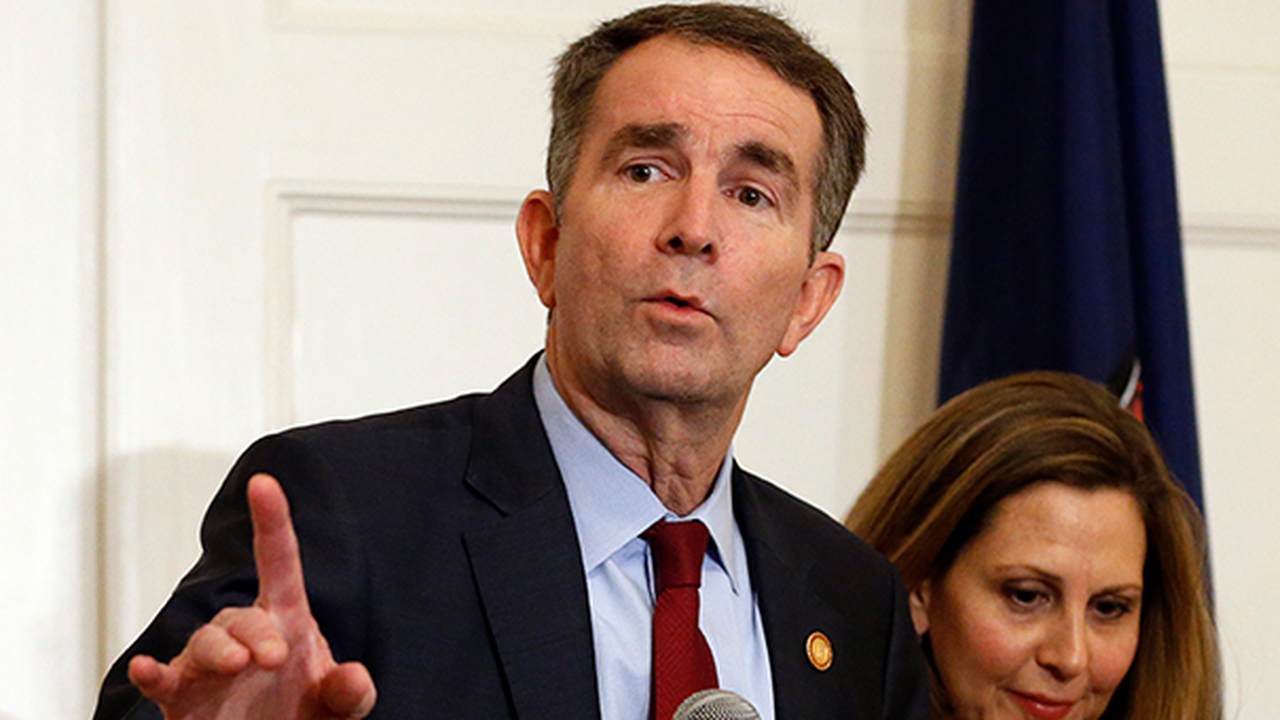 Let’s try something a bit new for my weekly Townhall VIP column – I’m going to talk about a few different things instead of going off at length about just one! Let me know how you like this format at my super-secret email address below!

Virginians March for Freedom; Their Governor Is Trash

Just when you thought Virginia’s governor couldn’t become more of a garbage person, he essentially maxes out on his garbage personhood. After thousands of Virginians show up in Richmond to exercise their First Amendment rights to protect their Second Amendment rights, that blackface-donning and/or Klan suit-wearing creep tweeted this steaming pile of what he is:

"We are all thankful that today passed without incident. The teams successfully de-escalated what could have been a volatile situation. I will continue to listen to the voices of Virginians, and will do everything in my power to keep our Commonwealth safe."

“De-escalated.” I supposed I shouldn’t expect much for someone who declares wars on babies, but this is a pretty hefty lie even for him. You know he was heartbroken that none of the trash leftists his party loves, or some Klan moron his party tolerates – hey, posing for pics in a hood is A-Okay for Democrats – did not start trouble. He was aching for it, yearning for it, praying to Moloch, the left’s child-sacrificing demon lord, for it. But no. The great patriots of Virginia came, made their point, and left. They probably swept up after themselves too.

But the mainstream media still tried. One dipstick from, of course, NBC News, posted a video of these patriots and said they were chanting “We will not comply” as if refusing to comply with unconstitutional acts was a bad thing instead of every citizen’s solemn obligation. But the punchline was that the vid showed the folks saying the Pledge of Allegiance.

Who out there is shocked the reporter didn’t recognize the Pledge?

The media was horrified by the number of armed civilians who showed up to register their displeasure with Democrat fascism. As I tweeted to some other loser who was mortified and wetting himself over the sight of men with big, scary guns:

The only people who should be afraid of armed American citizens are:

Which one(s) are you?

As for the patriots who braved the cold and the possibility of provocations and violence by the Democrats’ allies: thank you. You are an example for us all. Now go register to vote.

Hollywood Can Kiss My Northam

So, I am watching The Marvelous Mrs. Maisel with the Marvelous Mrs. Schlichter and BOOM! There’s one of what my pal John Nolte calls “the leftist sucker-punch.” The show, about a comic in the early 1960s, is usually sort of entertaining, but it’s beautifully shot and looks incredible. Yet, out of the blue, there’s this vicious, slanderous attack on the late Phyllis Schlafly as a racist, anti-Semite, and sexist (yeah, sexist). Despicable. The “facts” were all lies, but in Hollywood, they don’t care. Here’s the punchline – the show plays for laughs one main character’s dalliance with communism. Literally, communism. You know, the ideology that was right then running up the numbers on its butcher’s bill of 100 million dead in the last century. Adhering to that evil is cute; being pro-American, though, is awful.

The Stupid Impeachment Is Stupid

I’d tell you that the impeachment offended me as a civil trial lawyer, except this “trial” is nothing like one in real life. The whole thing is ridiculous, a farce that ought to be tossed out at the threshold – and would be in any actual courtroom.

When someone files a lawsuit, the first thing that can happen is a challenge to whether it actually states a claim. That is, if everything in the complaint is true, would the claimant be entitled to anything?

And the answer here is “no.” Even if Donald Trump was threatening to withhold the aid that he, not Barack Obama, offered Ukraine in order to get Ukraine to investigate that Bolivian pixie-dust sniffing, exotic dancer-fertilizing, Navy reject son of Gropey Joe, that would not be an impeachable offense. It would be his job.

Let’s not even get into what Not-Senile Joe’s brother was into with his sweetheart deals.

The Senate should summarily dismiss this idiocy and get back to conveyor-belting out judges who know their Constitution from their Northams. You can do that in court. You can move for summary judgment, which essentially says, “Yo Judge, this is lame and it sucks.” Courts throw out nonsense all the time.

Should we have witnesses? Why? Well, here’s the legal rationale for not having any: Screw them. They get nothing.

Although I do find it hilarious that they thing John Bolton and his mustache are going to come in and BOMBSHELL! Trump so hard that the Marshal of the Supreme Court is going to come arrest him and then somehow Nancy Pelosi is going to be president. The whole proving stuff thing will provide an obstacle to the half-wit Democrat prosecutors. Hearsay, speculation and Rachael Maddow’s unicorn dreams are not evidence.

This is a joke, and a stupid one. End it, Republicans.

Because it has no other problems to solve, California’s Democrats have just lifted the long-standing alleged prohibition on communists in state government. As a product of its public schools and of UC San Diego, I am wondering how anyone will be able to tell.

Check out the endstate of what liberals want to create in my newest novel Collapse. America has split into red and blue halves, and the blue gets much, much bluer! Antics ensue! Check it out along with the other entries in the series, People's Republic, Indian Country and Wildfire. You’ll love the books and it’ll make those Never Trump sissies sad.

My super-secret email address is Kurt.Schlichter@townhall.com