Liberal Millennials, Not Surprisingly, Fail At Sex Too

Kurt Schlichter
|
Posted: Nov 19, 2018 12:01 AM
Share   Tweet
The opinions expressed by columnists are their own and do not necessarily represent the views of Townhall.com. 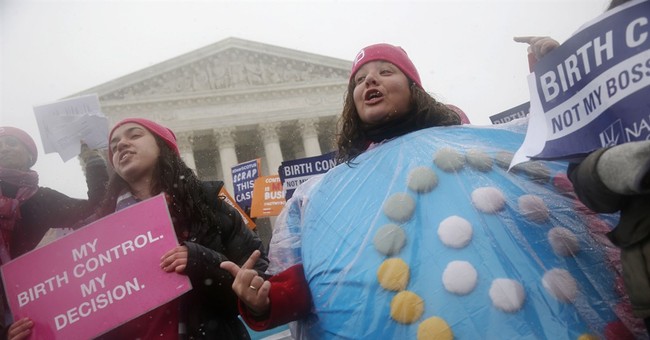 Now, the fact that millennials are failing to reproduce would superficially seem like a good thing, but it is probably a bad thing for society when the younger generation is more interested in Instagram and Fortnite and endless adolescence than in doing the hard work of making babies and, you know, perpetuating the species.

Wait, is this a political column? Is this topic political? Oh yeah. There’s a huge political component. Dems are always talking about demographics, but we Normals can take the initiative by doing what comes naturally while the future liberal elites are still trying to figure out each other’s pronouns. The Democrat Party is giving up on reproduction – it doesn’t help that they seem to be suspicious that anyone who actually carries a baby to term is sufficiently liberal. That’s why they want to import caravans of foreigners, to replace their dwindling voter base.

But why is it dwindling? Aren’t liberals supposed to be sexy and liberated? Well, it’s been a while since I dated one, but no. They are whiny, not sexy. They are the Ben Sasse of sexiness.

Get this, from the Atlantic piece: “According to a November 2017 Economist/YouGov poll, 17 percent of Americans ages 18 to 29 now believe that a man inviting a woman out for a drink ‘always’ or ‘usually’ constitutes sexual harassment.” Well, that’s 17% of the population that self-selects out as too stupid to ever be loved.

There is also the issue of political selection. It turns out leftists’ big question in sizing up a potential mate is, “Does this person like the bad orange man?” A “no” to that question screens out the potent/fertile folks. Conservatives’ big question is, “Is this person an idiot?” Sadly, that kind of high bar is going to do a lot of disqualifying too.

And then there is the curse of screens. Technology is the root of all evil and most loneliness. Look, if you are staring at your iPhone all the time and texting people who are literally sitting at the restaurant table with you (Well, congratulations for at least leaving your mom’s basement – that’s something) then you are never going to graduate to the more advanced modes of interpersonal interaction.

Technology also means pornography, the seedy foundation of the internet. Onanism runs rampant among the young, apparently because it’s a lot more convenient than actually having human relationships. It’s not exactly conducive to reproduction.

Now, we all have friends who met their significant others on the dating sites, but the statistics are daunting. Unless you are a god or goddess, or whatever a gender-unspecified deity is called, then your chances of a match are ridiculously slim. Guys have to send out 100 whatever-you-call-thems – messages or swipes or whatever – to get one response. In contrast, women get bombarded with selfies, and not the nice kind.

It seems that, along the way, no one taught a lot of younger men that the way to a woman’s heart is not through a photo of your little friend. What the hell are people thinking?

So, let me offer some suggestions to you that might assist you in breaking the insidious cycle of celibacy.

Put away your stupid iPhones and computers. Yes, I know I'm on Twitter all the time and I'm writing all the time on my computer, but I have a freaking wife, and she's not made of electrons. She's Cuban, so she's made of fire and viciousness.

Just get off the electronics. Talk to people. Try it. Yes, if you say “Hi, my name is Kaden. Would you like a drink?” at least 17% of the recipients of this polite inquiry will blow their rape whistles and preemptively wet themselves. But this gives you important information – that person is an idiot. Go talk to the next one.

And go to friends’ weddings, if they beat the odds. You have to try not to meet someone at a wedding.

Normal people, who I write about in my new book Militant Normals: How Regular Americans Are Rebelling Against the Elite to Reclaim Our Democracy, seem to be doing OK. They breed. In fact, if current trends continue, only Normal people will be left in a couple of generations.

Okay, I'll take back everything I said before. Liberal millennials, don't change a thing.