Advice to Young Ladies in This Very, Very Stupid Era

Kurt Schlichter
|
Posted: Jan 22, 2018 12:01 AM
Share   Tweet
The opinions expressed by columnists are their own and do not necessarily represent the views of Townhall.com. 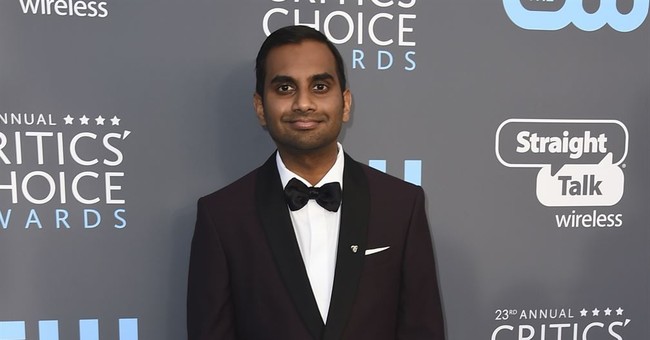 Some of you misguided young women (the non-misguided ones can ignore me) will resist the obvious fact that you need the romantic advice of a married, 53-year old retired Army officer who identifies as male. Well, judging from that Aziz Ansari story in babe.net, many of you sure need some guidance from someone. And since your fathers apparently went AWOL – or maybe you just didn’t listen – I’ll step in to help. Because I’m a helper. And because since so many of you are so utterly ill-equipped to interact with men, maybe you need a man to mansplain things to you.

Probably, but I’m still right. Regardless, I don’t do the SJW distraction thing – we’re talking about you, because you are the ones with the problem. And the problem is you do dumb things that lead to unsatisfying relationships with men that leave you feeling like a heap of steaming garbage.

Now, you might object that someone ought to be mansplaining to Aziz Ansari and asking, “What about his problem?”

Well, until babe.net decided to run 3000 words of Department of Womyns’ Studies and Long-Term Feline Care mush, he did not have a problem. He had kind of the opposite of a problem. Sure, the article is a problem, but he’s a celebrity. Unless your partner in whine is a celebrity there’s very little chance that anyone is going to print an article about your sad, ugly encounter titled, “I Put Out For A TV Star And All I Got Were These Lousy Text Messages.”

The fact is Aziz Ansari is a weaselly little dude who women only discovered was funny, cool, and sexy, at about the same time he started appearing on the idiot box. It’s amazing how that happened.

“Oh no, Brittany, that little guy is looking at me again. I can’t even.”

“Wait, Tiffany, he’s on that show about people doing stuff!”

But, in the loosest sense of the term, Aziz is a man. Now, he’s not like the males you knew in your Gender Studies seminars, but he is like actual men. He digs pretty girls and having intimate relations with them without a lot of concern for their feelings. He’s got a goal and he probably correctly assessed that Grace, his retroactively unwilling partner, had a goal too. They were just different goals. This is because men and women are different. Yeah, that the sexes are different is totally a thing no matter what your ponytailed grad student TA at Oberlin told you.

Aziz played you by pretending to be woke. Aziz was tacky and clumsy and droolingly overeager to make up from his pre-fame decades of drought. And he displayed the kind of hilariously inept seduction game one might expect from a guy whose seduction game in the recent, pre-sorta stardom past, probably consisted of lowering his standards and outright begging.

So anyway, there’s not much to be said to Aziz. He didn’t attack you or molest you after you said “No,” though since you didn’t say “No” we’ll never know for sure if he might have. Doing things that you chose to do with him provided him the opposite impression of “No.”

I like how he called you an Uber and instructed you to use a fake name, and you just let him. Classy.

Let me break this to you gently, misguided Misses. If you want a guy for the long haul who will actually care about your feelings – because guys can do that, you know – you might not want to leave the guy with the impression all those observations lead to. It makes you not girlfriend (much less wife) material. It makes you a notch on a bedpost.

When you abandon the guy you are with to hit on the target dude because he’s got more status or cache or whatever, target dude is going to have two responses. First, pride, because he lifted a girl from another guy and has demonstrated some level of studliness. He’s also going to think you’re a stone golddiggin’ hootchie.

This is a poor way to attempt to ignite a long-term romance, ladies.

Then when you agree to a date – bravo for at least having a date rather than the modern “Let’s sorta hang out maybe” thing that’s apparently a thing – you meet him at…his place? Okay, why are you letting him treat you like someone who comes over to his place to please him? If he won’t come get you, or meet you somewhere for your first date, disqualify him.

“But,” you might protest. “I am a powerful, empowered woman of grrlpower and I should be able to meet a man at his place!”

You sure can. You can do whatever you want. It’s just a bad idea and you should demand to be treated better.

So, you are at his place and he serves you red wine instead of white. First, guys, ask the lady what she wants. Try to show some class. But ladies, if you don’t like red wine, don’t drink it then complain later because you drank it.

Once you eat and go back to his place, don’t go back to his place. Stop. That indicates that you may be interested in being at his place, and all that entails. He sure hopes it does, so you are already dealing with a guy with expectations – which he has whether that’s feminist-approved or not. Instead of keeping your differing expectations to yourself, share them. Tell him, and do not do what you don’t want to do.

Yes, saying “No” clearly and unequivocally may cause him to not like you. He may decide to seek more accommodating companions. That’s the risk you take. Fair? Nope. And?

Act like an adult. Say what you want, and don’t do what you don’t want. Your life will be immeasurably better.

Now, one more thing. That article notes that Aziz went to some awards thing recently wearing a pin symbolizing his solidarity with the women speaking up in the wake of the #MeToo revelations. He’s a liberal. So were Ted Kennedy, and JFK, and Harvey Weinstein, and Al Franken, and all these other loathsome creeps. Remember that wokeness is a pose designed to fool you.

Now, clearly I am the worst human being who ever existed for pointing out these obvious, manifest truths, and for refusing to regard Grace and her ilk as post-adolescent infants who have no ability to make their own choices. Hate me if you want. Make some lame analogy to The Handmaid’s Tale, the dumbest non-Harry Potter book ever written. But do what I’ve told you anyway…or not. Your choice.