Conservative, Inc., Is Being Replaced By Us Militant Normals

Kurt Schlichter
|
Posted: Sep 25, 2017 12:01 AM
Share   Tweet
The opinions expressed by columnists are their own and do not necessarily represent the views of Townhall.com. 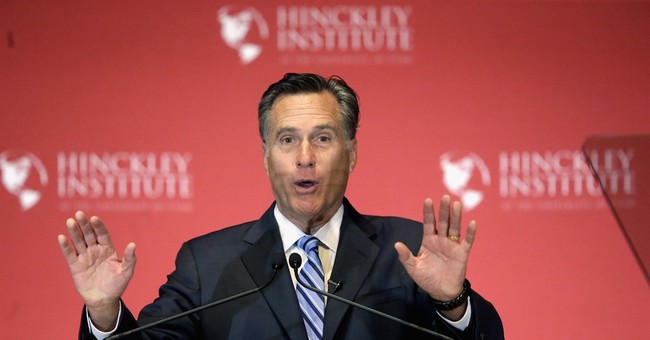 I guess now we’re not supposed to be fighting culture wars anymore – man, it’s so hard to keep up with these ever-changing new rules! I’m old enough to remember way back to 2016, before Trump got nominated, and I could have sworn Conservative Inc., was gung-ho for the whole culture war thing. But then Trump actually fought it, taking on the big, soft target that is the spoiled, semi-literate athletes who like to rub their contempt for the flag we love in our faces in the guise of woke wokedness. Now we suddenly discover that fighting back is horribly uncouth and déclassé and “Oh, well I never!”

Gosh, I would have thought from all those cruise panels about how our crumbling culture is slouching toward Babylon and the need to resist the liberal onslaught that maybe we ought to actually resist the liberal onslaught, but see, that was my mistake. I took it seriously when Conservative, Inc., promised to fight the leftist blitzkrieg against normal Americans. It was all a scam, a lie, a pose for us rubes. The Tru Cons didn’t actually mean it.

There’s a lot of that not meaning it going on in the GOP right now. Exhibit A is John McCain, who ran ads touting how he was leading the way in opposing Obamacare only to give it aid and comfort when someone in the White House would actual sign its repeal. He’s the guy the establishment designated to lose to Barack Obama in 2008, and he was sure up to the task. But in retrospect, thank goodness, because McCain’s inevitable presidential betrayal of conservatives by breaking his word then and treating GOP voters like he treated his first wife would have done exponentially more damage to conservatism than Trump being prevented from keeping his word today ever could.

It’s so good to know that, despite his wonderful, close, awesome friend humiliating him while lying to Arizona’s voters, Lindsey Graham is still the blue falcon’s buddy. No hard feelings!

There used to be a thing called “conservatism,” and I knew it pretty well since I was part of it for about a third of a century. But conservatism changed, becoming less about principles (though the wusscons never shut up about them) and more about money-grubbing navel gazing and intellectual onanism. Actual Republican voters, actual normal Americans? Well, they became kind of beside the point in the tumbler-klinking world of the John Boehnercons, and to the corporate-friendly compassioncons who put the interests of everyone else (including the act of lovers) ahead of the GOP voters who voted the establishment in.

Conservativism forgot about the real world conservatives we expected to line up behind us. While we were talking about free trade, we were ignoring that GOP voter who fought in Fallujah, came home, got a job building air conditioners, raised a family, and then one day watched the video of the oh-so-sorry CEO – who looked remarkably like Mitt Romney, because all these guys look remarkably like Mitt Romney – sadly informing his beloved employees that their jobs were getting shipped to Oaxaca. And our response to the 58-year old Republican voter who asked us how he was going to keep paying for his mortgage and his kid in college? Pretty much, “Well, that’s how free enterprise works. Read some Milton Freidman and go learn coding.”

That’s not a response, not for a political party that requires people to actually vote for it. That’s an abdication, but what did Conservative, Inc., care? Priorities! “There’s this new tapas place in Georgetown everyone is talking about – the other night, my buddy from the Liberty Freedom Eagle Institute for Liberty, Freedom and Eagles saw Lawrence O’Donnell there getting hammered!”

How about the guy who wanted to be a roofer in Fontana but he couldn’t because the contractors were only hiring illegals? What was our answer to him? “Oh well, the big corporate donors need their serfs, and if some pack of tatted-up MS-13 dreamers gang-rapes your daughter that’s just a price we’re willing to pay!”

Conservatism has become a racket, and everything happening now is a result of its members hoping to wait out Trump and the demand for change he represents. Maybe if they do nothing, but say all the right things, we normals will get tired and go back to our jobs and keep providing those votes and renting those cruise cabins. But that’s not happening. We aren’t going away; business as usual is over. We aren’t just giving up, tossing away our country, and submitting to the ruling caste. We were nice with the Tea Party. Trump’s not as nice. What’s coming after is going to be much, much less nice.

What’s coming after is militant normalacy, the not-so-polite demand that the lackwits and failures who style themselves as our betters stop dumping on us normal Americans who work hard and play by the rules (Gosh that sounds familiar, like it used to be a winning electoral recipe, if only I could remember where I heard it before).

Who are the normals? The Americans who built this country, and defended it. When you eat, it’s because a normal grew the food and another normal trucked it to you. When you aren’t murdered in the street or don’t speak German, it’s because a normal with a gun made those things not happen. We normals don’t want to rule over others. We don’t obsess about how you live your life, but also we don’t want to be compelled to signal our approval or pick up the tab. We are every color and creed – though when someone who is incidentally a member of some other group aligns with normals, he/she/xe loses that identity. The left drums normals who are black out of its definition of “black,” just as normal women get drummed out of womanhood and normal gays get drummed out gayhood. In a way, the left is making E pluribus unum a reality again – to choose to be normal is to choose to reject silly identity group identification and unite. Instead of saying “normal Americans,” you can just say “Americans.”

Note that while leftists rail against the term “normals” (When I use it on Twitter, the reactions are always delightful!), they will never, ever demand to be counted as one. That’s because they hate normal Americans, wanting us enslaved or dead. How do I know? They tell me on Twitter, again and again and again.

Militant normality is growing as normals awaken to the indisputable truth of our enemy’s implacable hatred for us and everything we hold dear – like America. The sight of moron sportsball players disrespecting normals warms libs’ frigid little hearts – and make no mistake, that diss is aimed straight at us, not at some musical number. All these cultural aggressions are aimed at us, from demanding you obey their pronoun proclamations to requiring your daughter share a toilet with a dude in a skirt. This is how they seek to break us.

That’s why the shameful abdication of Conservative, Inc., in the cultural fight is both important and irrelevant. It demonstrates that the first loyalty of many folks in the conservaracket is to the ruling caste to which they belong, and it also demonstrates that these wimps’ absence from the battle means nothing.

We’ll fight this fight ourselves, thanks. Sometimes we’ll fight it by rediscovering the joy of a late evening without hack TV comics lecturing us about health care (Hey, Jimmy Kimmel had a sick son, and that unusual and unique experience means he has unusual and unique insights!). Sometimes we’ll hit the remote and spend our Sunday not watching future vegetables hating on our country when they aren’t smashing into each other. Sometimes we’ll mock these idiots mercilessly. We may even launch a Conservative Insurgency. And if they keep pushing, getting violent and trying to strip us of our sacred rights, we might get even more frisky, and then it’ll get ugly.

But we’re not giving up, and we’re not going to sit back and just take it. Militant normalcy is the result of normal people roused to anger and refusing to be pushed around anymore. We prefer a free society based on personal liberty and mutual respect. But if you leftists veto that option, that leaves us either a society where you rule and oppress us, or one where we hold the power. So let me break this down, both for the left and for their fussy Fredocon enablers: You don’t get to win.