From Russia With Stupidity

Kurt Schlichter
|
Posted: Jun 09, 2017 9:35 AM
Share   Tweet
The opinions expressed by columnists are their own and do not necessarily represent the views of Townhall.com. 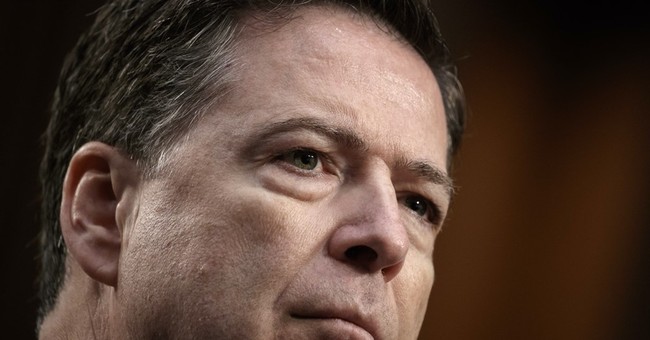 That towering doofus James Comey crushed the spirits of millions of democracy-hating geebos when, trapped by his own prior testimony, he was forced to admit the truth on national television. And that truth, as those of us not caught up in the whirlpool of Menschian insanity and liberal wishcasting all know, is that the whole Russia thing is a wheelbarrow of fresh Schumer squeezed out by Hillary and her minions in order to create a narrative – any narrative – that would hide the bitter truth. We rejected her, and now we’re rejecting the Russia idiocy too.

Poor Comey, having to contort his grossly-elongated body into something like a pose of victimhood in front of the unforgiving glare of the TV lights. And all the time watched by eager, credulous resisters, taking their day off from their usual routine of sponging and posing, and gathering at mid-day to view the proceedings from lame urban bars with dorky names like “The Peculiar Muskrat & Sons,” while clutching cucumber-infused IPAs and sipping twee mixed drinks specially-formulated so that their femboy imbibers don’t start crying because they taste actual alcohol.

Where were the TREASON BOMBSHELLS OF TREASON!!!!!!!!!!! they were promised? Probably somewhere near the jobs they were promised they’d get with their degrees in Intersectional Feminist Marketing or Gender Neutral Namibian Poetry that they took out $250,000 in loans to pay for.

Comey’s opinion of his own rectitude is formidable – he’s the only honest guy there is, you know – and he loves to be seen furrowing his brow under the crushing weight of his own goodness in a way Ben Sasse no doubt envies during those moments when Senator Sanctimony isn’t busy grinning like a moron at liberal media jerks’ racial epithets. However, similarly exaggerated is Comey’s opinion of himself as a cunning bureaucratic player. He thinks he’s the King of the DC Power Gamers; instead, he’s more like that feckless Games of Thrones prince who ends up losing his Harry Reid.

Obviously Trump wanted the fact that he was not being investigated out there – and not at all unreasonably. But Comey – who sucks up to liberals like a New York City mosquito – had no interest in helping his boss pass the agenda he was elected to pass by removing the lie that was holding him back. No, Comey and his cabal wanted that lie left hanging in the air, a poisonous cloud that would choke out these upstart, swamp-draining interlopers.

Trump wasn’t buying it, especially since Comey and his suitemates, as Marco Rubio pointed out, managed to leak everything about the investigation except the one thing that would help the president they hated and who he sought to undercut on behalf of his political string-pullers. And in doing so, Comey identified himself as just another Deep State scumbag, bereft of the manly virtues of honesty, loyalty, and patriotism. In other words, he’s just another hack liberal.

Comey’s plan to protect himself from the man the American people elected and invested with the power to fire his useless, freakishly high rear-end, was to pull the most hackneyed of hackneyed moves. Whenever he finished talking to the president, he immediately sat down to type out a CYA memo to file and then tried to implicitly impress upon the president that the actual chief executive better not dare to cross His Comeyness or else…

Well, J. Edgar Loser was no match for his trans-curious predecessor in either bureaucratic knife-fighting or amusing perversions.

No, he tried to bluff Trump, and Trump called him, and Comey went home wearing a barrel. Trump unceremoniously fired Señor Sanctimony like the half-stepping bureaucratic hack Comey has always been. “Yeah, you know that nice office you had? The Marshals are packing it up. Don’t come back. Go ahead and drop your key card in the mail.”

Comey faced a number of problems in attaining his objective of exacting revenge on Donald Trump for calling his goofy bluff. Comey’s first problem was particularly daunting: Trump didn’t do anything wrong and everyone knows it. There was never any cavorting with the Russians – that was a lie and a scam and that is why the Trump/Russia narrative has morphed from TRUMP IS TAKING ORDERS FROM PUTIN TREASON TREASON TREASON!!!!!!!! to “Well, Trump should not have expressed a vague hope that the Flynn investigation would be concluded favorably because we feel he shouldn’t have for some reason.”

So, we were treated to the embarrassing spectacle of Comey, trapped by his unequivocal, televised pre-canning testimony, still trying to throw shade on Trump by claiming that, despite his failure to report it or testify previously to this hideous alleged obstruction, Trump gave him some sad feelz.

Who cares if his actions are tearing this country apart – and who knows where that terrifying slippery slope might bottom out? Comey has sad feelz, so the hell with the country.

Of course, all this nonsense stems from sad feelz, particularly Felonia von Pantsuit’s sad feelz. Comey was too much of a hack and a coward to do his job with her, which started his downfall. He had a reputation before then but, of course, that was before most of us outside the beltway knew what a loathsome, backstabbing, freakishly large little man he really is.

Well, we all know the truth now. James Comey’s reputation is shattered, and all by his own doing. And there is a certain sweetness in knowing that the man Comey hated, despised, and considered his moral and intellectual inferior, is the one who broke him.