Everything About Hollywood Is Terrible

Kurt Schlichter
|
Posted: Aug 25, 2016 12:01 AM
Share   Tweet
The opinions expressed by columnists are their own and do not necessarily represent the views of Townhall.com. 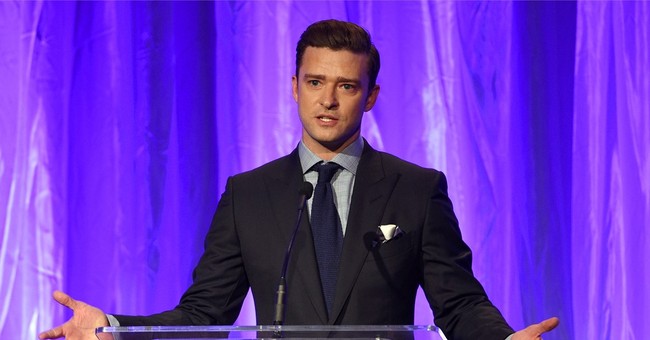 In recent days, a bunch of entertainment industry denizens gathered together behind a phalanx of armed guards at Justin Timberlake’s mansion to sip chardonnay and celebrate Hillary Clinton’s commitment to the poor and gun control. She came out of witness protection long enough to pocket some cash before returning to her previously scheduled indifference to the people flooded out in Louisiana. In Martha’s Vineyard, Barack Obama donned his mom shorts to chip some balls with that tiresome guy from Curb Your Enthusiasm before petulantly visiting the waterlogged South. And noted disaster logistics specialist Samuel L. Jackson smirked over a photo of Donald Trump delivering goods, including kids’ toys, to flood victims. Not Pictured: Samuel L. Jackson.

This all leads to one inescapable conclusion: Hollywood is terrible and must be destroyed.

If you need more proof, start flipping through the offerings on Netflix looking for a movie you actually want to watch. You’ll be there a while, assuming you are neither ten years old nor a drool cup operator. On the surface, it seems odd that the more entertainment options we have, the fewer shows we actually want to watch. But there is a simple reason for it. Most movies and TV are crap.

It’s not all ideological, but some of it is. For instance, you may have seen the ads for a new TV show about the first woman major league pitcher. Who on earth wants to spend a season watching Hollywood’s idea of normal Americans yelling at are plucky heroine “I reckon girls can’t dun done play no baseball!”? Because you know that’s what will happen. The entire show is inevitably going to be a shrill lib/feminist screed about how, darn it, girls totally can too play baseball as well as the male pros! You know, just like in real life.

Yawn. OK, time to flip over to a crime drama. Hey, some good old fashioned cops and robbers – how can that go wrong? Hmmm, who is going to turn out to be the murderer, the inner city punk who dresses like a thug or the well-coiffed business man? That’s only an actual question if you haven’t watched TV in the last 20 years. Thank you Hollywood for teaching me that the guy who walks, talks, and dresses like a criminal isn’t; it’s the guy who doesn’t who is. Again, just like in real life.

Maybe we should try a spy movie. Oh look, Jason Bourne is back, as exhaustingly unstoppable and untouchable as ever. Uh oh, some assassin is lurking – I’m worried that this time Bourne won’t magically sense him and then outfight him using the stapler and bottle of Elmer’s glue that happen to be lying around. Oh, and once again the American government is the evil, conspiratorial bad guy – better head to that fundraiser for the evil, conspiratorial woman who wants to make the American government bigger and more intrusive!

There’s a reason that actors are rarely former protégés of Stephen Hawking.

Oh, and let’s not forget the new clichés that you can’t seem to escape. My personal favorite is how every freaking movie seems to revolve the characters’ family relationships. The new Star Wars was less swashbuckling adventure than a trudge through a Freudian minefield of boring paternal issues. Same with the new Star Trek movies – beam me up, Daddy. Even the two Walking Dead shows seem more interested in feelings about Pa than zombie stuff. Can you Hollywood hacks go get your therapy on your own time?

And speaking of The Walking Dead shows, which people are steadily abandoning, let’s understand something about action/adventure shows. The action/adventure part is the most important part. But somehow, somewhere, someone lied to these screenwriters and told them that the audience really wants to get into these characters and explore what makes them tick. No, people want to see them fight zombies. Less talking, more zombies. If you go a whole episode and only have one zombie, who kind of wanders in as a couple characters are on minute eight of a dialogue about their feelings about stuff, then you are making a terrible zombie show.

The same is true in non-animated corpse contexts. For example, the interesting thing about Saul in Better Call Saul is his shenanigans, not his psyche. But Better Call Saul takes a hilarious, fascinating character and has chosen to devote two seasons to him fighting with his brother. Wacky antics? Not many. Kooky side characters? Few and far between. Confrontations with big bro where feelings are shared? Every freaking week.

And finally, stop relying on bad choices to propel the action. It’s like every character in every show is now one of the teenagers who, after being warned not to go into the basement, goes into the basement without turning on the light and while leaving their shotgun upstairs. These aren’t just bad choices – these are loony, insane choices no rational human would ever make. In The Walking Dead, every week, some character, in a fit of the feels, decides to wander off for some reason, spurring an unplanned, uncoordinated search by the others that inevitably results in someone getting put on the menu. In Better Call Saul, the action is always – always – the result of some unbelievably dumb maneuver by a character whose best quality is supposed to be his cleverness. It’s lazy writing, Hollywood, and if you don’t watch out it will make people return to reading.

But then what can we expect? These are the same people who don’t bat an eye about jumping on a private jet to fly halfway across the world to hear Gilbert Grape’s little brother pry himself off his latest model conquest in order to lecture them about the weather.