Kurt Schlichter
|
Posted: Jun 20, 2016 12:01 AM
Share   Tweet
The opinions expressed by columnists are their own and do not necessarily represent the views of Townhall.com. 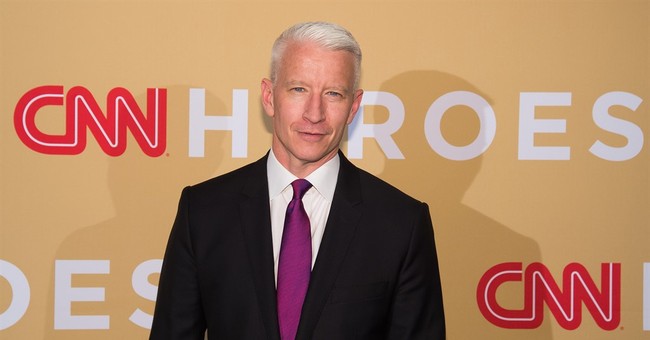 What’s super sad is that when I started counting all of the mainstream media reporters I respect I didn’t run out of fingers. Most of them are just what Glenn “Instapundit” Reynolds memorably labeled “Democrats with Bylines.” And that’s literally true – something like 90% of them are, in fact, Democrats. And they act like it. So when Trump refuses to play nice with them, or I hear about another round of lay-offs, the best I can summon up, if I’m in a generous mood, is a half-hearted “Meh.”

The MSM, of course, wants to have it both ways. It wants to be hailed as an institution composed of crusading truthtellers whose integrity and willingness to speak truth to power make them the cornerstone of a free society. Except most of them are really partisan hacks who lie endlessly for the liberal politicians they suck up to. Their relationship with Democratic politicians is less speaking truth to power than sexting their masters. When it comes to covering for their progressive pals, it’s “50 Shades of Newsprint” and the MSM eagerly chomps down on its ball-gag.

They don’t even bother hiding their agenda – apparently they noticed that no one believed their protestations of objectivity anyway and decided it wasn’t even worth the effort to fake it anymore. Donald Trump says enough dumb stuff on his own, but the MSM still feels it needs to misreport and misrepresent him. When he – quite correctly – suggested that there was something weird about Obama’s inability to place the blame for radical Muslim terrorism on radical Muslim terrorists, this became “Trump Says Obama Supports Terrorists.” When he pointed out some troops (Trump says he was referring to Iraqi troops) in the Middle East were corrupt (sadly, some were), this became “Trump Calls All American Soldiers Thieves.” If Trump says he inhales oxygen, the headline will be “Trump Admits He’s Just Like Hitler.”

But with Hillary or Obama, it’s the reverse. At best, they report on facts that manifestly demonstrate her guilt of multiple felonies and misdemeanors, yet make sure to undercut their own reporting by asserting she can’t possibly be indicted. The media can’t shut up about Trump U, but the $16 million the Bill and Hillary Graftatron 2016 nabbed from Laureate U? Apparently all the news isn’t fit to print.

The MSM is shameless. For example, when some gay Democrat radical Muslim slaughters LGBT clubgoers and then Anderson Cooper attacks the (Republican) Florida attorney general for not being sufficiently open to same sex marriage, it’s pretty clear whose team CNN is on. That’s the same CNN that cut off my mic when I dared point out Hillary’s active enabling of Bill Clinton’s sexual abuses instead of being outraged by Trump using the word “schlonged.” There are some good people at CNN, and the staff is always very nice to guests, but it’s in the tank like Dukakis.

So we’re supposed to bewail the travails of these people? We’re supposed to get all fussy when Trump stands up to them and pulls their credentials? Note that’s “pull their credentials,” not “bar them from his rallies.” Now, if these journolosers want to cover Trump, they’ll have to wait in line with those unwashed, dirty people known as “Americans.” Ewwww. This is the greatest atrocity in all of human history – Trump denying his active opponents a back stage pass to facilitate their lying about him.

But what doesn’t the MSM think sets us firmly on the road to fascism? Liberal attorneys general persecuting and prosecuting people for “denying” the leftist lie about global warming. The IRS targeting Obama’s political enemies for advocating against liberal policies. The abusive sham government investigation of people speaking out for Governor Scott Walker. These actual campaigns of very real government suppression of dissenting speech are apparently cool with the MSM because the targets are on the MSM’s enemies list.

Yeah, the MSM thinks the government being able to jail other people for speaking out is terrific as long as this constitutional catastrophe doesn’t apply to itself. The MSM is happy to defend only its free speech, and to the last drop of other peoples’ blood. They think it would be perfectly fine with the government having the ability to cart off, say, the members of Combat Veterans for Liberty if they dared belittle Her Thighness.

But what do you expect from the kind of people who join the MSM? Instead of the colorful ink-stained wretches of the past, today’s journalists are social justice twerps whose daddies can shell out north of $59,000 to get a degree in what old school reporters learned on the job – though old-school reporters didn’t have the dubious benefit of leftist indoctrination and diversity seminars. Today’s cloistered creeps utterly missed the anger among normal Americas that led to Trump, but then they don’t think much of normal Americans. Recently, Karen Tumulty of the Washington Post took umbrage at one of my tweets and sneered, “Beginning to understand why you will never #readabook.” Her bio indicates I have more degrees than she does. Nice reporting there, Scoop.

No wonder public regard for journalists hovers somewhere between “Raw Sewage” and “Herpes,” yet they still assume they are better than everyone else. I’ll remember that when I toss Karen a quarter out the window of my fine German sedan as she and her pretentious dinosaur media pals stand by the freeway off-ramp with a sign reading, “Will Reinforce the Leftist Narrative for Food (Locally Sourced Only).”

Sure, technology is causing disruption in the industry, but the MSM would be better able to weather the storm if everyone didn’t hate it and want to lock it out of the tornado cellar. The MSM has nothing but contempt for us, and now it’s getting it back in kind. Trump being mean to you? Aw, poor babies. Your newspaper going under? Here, hold this anchor.

I don’t worry about the journalists I respect – there will always be a market for quality. It’s the hacks and flunkies I won’t miss. And their misfortune won’t even earn a “Meh.” It’ll earn a smile.