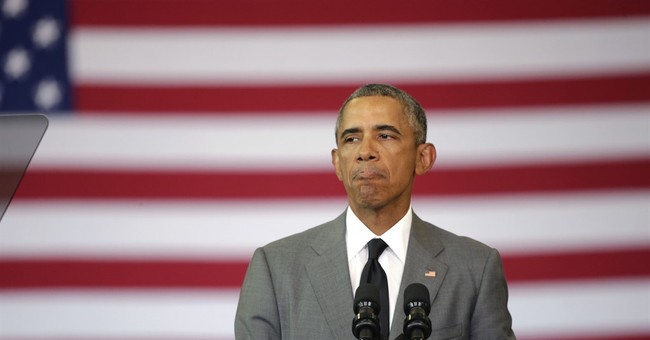 In the wake of yet another killing spree by an Obama voter, there were the predictable calls to “do something” about guns. It was no shock that the liberals’ preferred solution to the problem of Democrat mainstream media personalities murdering people because of their racial and sexual grievances was to disarm everyone who isn’t a Democrat mainstream media personality who murders people because of his racial and sexual grievances. But what was shocking was how quickly the anti-civil rights left moved on to pursue other tyrannies.

Liberals initiated their “guns are bad” mental macro before the killer had even botched his suicide – the serial bungling of enterprises like the VA becomes more understandable when you see how a liberal can’t even blow his brains out right. Liberal media types immediately started blaming the NRA members who did not do it instead of their fellow media liberal who did. An unconfirmed rumor has it the first reporter who actually finds a mass shooter who is a member of the NRA will get a new Prius from Michael Bloomberg.

Then Hollywood moguls weighed in with their insights from behind their phalanxes of armed guards. A producer of Modern Family began demanding mass gun confiscation, not answering the begged question of whether the soft, sheltered affluent liberals his cute show depicts plan to strap on their Kevlar vests and go kick down the doors of gun owners who might not share Hollywood’s willingness to ignore the Second Amendment.

Best of all, the same woman who brought Woody Allen into her home and left him with her kids began lecturing America on how guns are a risk we just can’t take. One can only assume that Ms. Farrow did so, irony-free, on behalf of “the children.”

And, of course, Obama and Hillary suggested that America had to act to somehow address the lack of background checks (except this creep did pass a background check), the threat of standard magazines (except this loser fired eight shots), and the menace of assault weapons (except this guy who had voted for Obama used a normal pistol). But no one cared.

Obama has called his inability to massively infringe upon the constitutional rights of the American people his greatest disappointment as president, and it no doubt is. The idea that hundreds of millions of Americans are able to protect themselves without government assistance, like proud, independent citizens, must gnaw at him. But even more distressing to Obama and his coterie of liberal fascists is the knowledge that the presence of 300 million guns out there means that the American people retain their own absolute veto power.

Sure, liberals never met a civil right that actually exists in the Constitution that they didn’t want to violate, but they have a special hatred for the Second Amendment. That our citizenry is armed constrains the progressives in a way that their acknowledged (or, at least, not denied) heroes like Castro and Chavez, and their unacknowledged role models like Hitler and Mussolini, were not constrained. Without a liberal government monopoly on force, this country can only tilt so far to the left before a critical mass of Americans says, “Nah, I don’t think so,” and the progressives have to convince some group of suckers to don the uniforms that our Constitution-loving military would largely abandon and go risk dying to force faculty-lounge fantasies upon a rebellious and deadly citizenry.

The Brits tried it about 240 years ago or so, and how did that work out? Our people’s ice-cold beer, generally good dental health, and widespread indifference to soccer provides your answer.

Yet within 24 hours of the hideous murders, the liberals stopped talking about gun control. Obama was back dodging the Senate’s treaty approval power to give the Iranians the bomb. Hillary, whose campaign strategy is to try to out-nationalist and out-socialist Bernie Sanders, was busy comparing GOP candidates to national socialists – though this time, she did not mean it as a compliment. Even Mia Farrow had fallen silent again, taking a break from lecturing her fellow citizens and returning to her usual pastime of making good romantic choices.

Clearly, had the killer not checked the box for every key demographic the Democrats depend on – black, gay, media, liberal, loser – we would be hearing a lot more about it. But there is another reason the liberals moved on besides the inconvenient fact that, as usual, it was one of theirs doing the killing. The left has lost on gun control.

The left has lost legally, with the courts enforcing the right as written in the Bill of Rights instead of refracting the penumbras and emanations such that “shall not infringe” means “go ahead and infringe away.”

The left has lost politically, with every politician outside of liberal strongholds understanding that to support gun control is to get booted (Memo to Pat Toomey, that sanctimonious Fredo Corleone of the GOP: See you at the ballot box next fall).

The left has lost on policy – none of their “background checks” or other policy prescriptions would have stopped this latest liberal murderer. That leaves confiscation – deceptively labeled the “Australian example” – and it puts the lie to their oft-claimed love of the Second Amendment “properly understood.” That’s why you saw only vague cries about “doing something” after this latest Democrat kill spree.

And, most decisively, the left has lost practically – Americans have decided that we’re going to keep our guns because the alternative is to submit completely to the likes of Obama and his fascist friends. If they want to live the Aussie dream of confiscating our guns they’ll have to talk millions of Democrat constituents into training and arming-up to do it, and that’s not happening. Not only would it be super dangerous, but it seems like hard work.

Liberals are putting gun control on the back burner for now, but they have not forgotten it. Their inability to disarm the American people and render them servile subjects unable to protect themselves and their rights remains liberalism’s most profound disappointment.

They will try again. Which is why we Americans must remain ever locked and loaded.