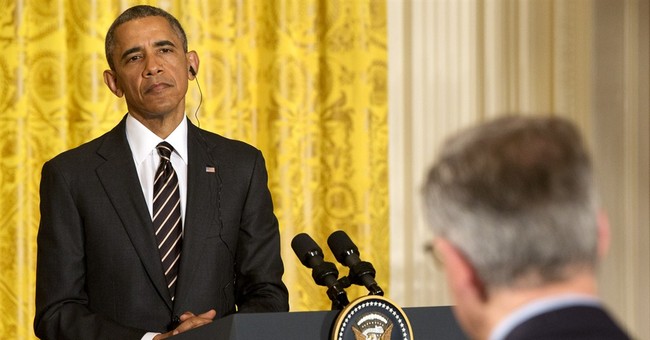 So now I know how a Martian would feel coming to Earth and looking around. You see, I spent the last two weeks out in Central California, away from the coasts, trying a lawsuit. Some other time we’ll talk about how our legal system uses you non-lawyers like inmates use a handsome young lad on his debut trip to San Quentin. In any case, now I have come home, plugged back in, and it’s pretty clear to me that America under Obama has gone completely insane.

That's not a subjective impression but, rather, an objective finding of fact. What's going on in this country right now is just plain nuts, and perhaps it takes stepping away for a little while and then coming back to look at it with fresh eyes to see just how far the madness has gone.

I see NBC news anchor Brian Williams has been bragging about looking down the barrels of RPGs and dodging floating corpses in New Orleans and all sorts of other badass stuff. Of course, none of it was true. Wouldn't you think that the few remaining ancients who still watch network news might expect more? Suspended shushmended. Doesn’t it seem a little crazy that this guy still has a network anchor gig to come back to?

I find it odd that a guy paid millions of dollars to tell the truth doesn't get fired when it's discovered that that's not what he does. I mean, Brian Williams has one job, to tell people the truth, and it turns out that he's just Bill Clinton with rocket-propelled grenade launchers.

The funny thing is that Brian Williams had nothing to be ashamed of. He went to Iraq. Good for him. That’s pretty cool. Everybody’s not Chris Kyle. I was deployed in a couple hostile fire zones, but I was so far in the rear with the gear that most the gear was in front of me. But I know guys who were really in the midst of the stuff, and some of them got hurt. Brave Brian's pathetic attempt to steal their glory doesn't make me mad. It makes me embarrassed for him. But then, as a conservative, I was born with a shame gene.

Naturally, the mainstream media is circling the Volvos to protect its poster boy. Apparently we are the crazy ones for expecting an anchor not to lie through his teeth to make himself look like a big man. No, the elite can't let Brian Williams fall. He's one of them. Plus his daughter is super special too. She’s conventionally pretty and mimes transgressive sex acts on another lying elitist's barely-watched TV show. These are our betters; we’re just too dumb and busy with jobs to realize it. We can't hold Brian Williams to lofty standards like “not lying all the time” – that's crazy talk!

Speaking of crazy talk, I see that President Obama is calling the Islamic fanatics’ attacks in Paris “random.” Who would've thought that a bunch of anti-Semitic fans of ISIS who say they're going to go out and murder Jews might actually go out and murder Jews? What are the chances? Sure, the jihadi jerkwad could have hit Olaf's Norwegian Lutefisk Factory or Mr. Wang's Chinese Food Emporium, but somehow, coincidentally, randomly, he ended-up in a Jewish deli, in the Jewish section of Paris, and murdered Jewish people. That's a crazy coincidence right there.

I also missed out on learning the real source of trouble in our world today, which was the ultimately unsuccessful Crusades of almost 1000 years ago. I kind of agree with Obama that is regrettable – if the Crusaders had won, we probably wouldn’t be having these problems right now.

Also, the Numero Uno threat to our national security isn’t the metastasizing cancer that is ISIS and its fellow travelers, none of whom apparently have anything at all to do with Islam. The big threat is global warming. And we’re the crazy one for expecting that if the globe is actually warming then it would actually be getting warmer.

And speaking of ISIS, is it crazy to wonder why any of them are still alive? You know, when a group like ISIS puts one of your allied pilots in a cage and burns him alive, the smart play is to kill all of them. See, when you kill all of the semi-human savages who do semi-human, savage things like that, it provides a couple of beneficial effects. First, you have fewer semi-human savages left to deal with. Everybody wins with that. Second, it sends an important message to the other semi-human savages out there who might be inclined to burn allied pilots alive in a cage in the future. That message is, "If you burn our people alive in cages, we will kill all of you." This is a powerful, innovative strategy.

But, our reaction was apparently limited to a couple of hashtags and, I suspect, Josh Ernest blaming everything on John Boehner and the Republicans for being the Party of No.

Am I crazy for thinking things can't go on like this? No, the crazy ones are the ones who think things can.