Failing Liberals Turn To Oppression To Hold On To Power 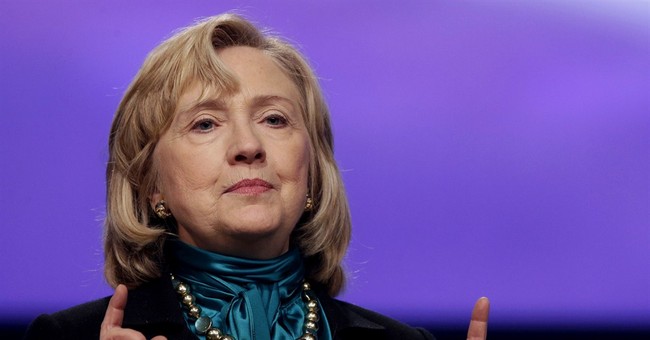 If you’re a conservative, you don't need to silence the opposition.

In fact, we conservatives want liberals to talk, to make buffoons of themselves, to prove their folly. We want liberals to expound upon their ridiculous ideas, to show the world exactly what they're about. Nancy Pelosi? Give that tiresome woman a microphone. Chatty liberals are the best advertisement for conservatism.

But liberals just can’t have conservatives speaking. We’ll tell the truth, and that’s why liberals need to shut us up.

Their traditional intimidation tactics are wearing out. Calling someone a “racist” used to be a devastating moral indictment. Liberals’ promiscuous employment of the word first turned it into a cliché and then into an ironic punchline.

I know, saying that out loud is racist. And sexist. And cisgender heteronormative, whatever the hell that means.

So now liberals have stepped up to formal governmental repression. Take the IRS scandal – or ex-scandal, in the eyes of the mainstream media. The Obama administration, at the urging of red state Democrat senators who are about to lose their seats because of their track records of failure, are doing everything they can to turn the taxman loose on the organizations that are pointing out their track records of failure.

Sure, the liberals come up with excuses, with justifications, with rationales for this prima facie oppression. But understand that the left was never against political repression. The left is only against being repressed itself.

It’s open season on everyone else. Don't dare bow down to god whose name isn’t spelled "G – O – V – E – R – N – M – E – N – T." Today’s heretic hunters work for Kathleen Sebelius, ready to burn you at the stake for expecting grown men and women to come up with the dough for their own contraceptives. No one expects the HHS Inquisition!

The Federal Communications Commission just floated a trial balloon about going out to radio and television stations to evaluate reporters on how they cover the news. There was a time when journalists' response to a government inquiry into how they did their job would be "Go to hell, you goose-stepping bureaucratic flunky."

Liberalism has to muzzle the truth because it operates on lies. It is built on lies, fueled by lies, and creates an empire of lies.

Look at the Obamacare scam. Liberals don't even blink at the fact that its foundational premise that if you liked your health care, you could keep it, was a lie. They’re not even offended by the lie. They’re offended that we point out that it was a lie.

Now the same people who got us into this mess are telling us we should go along and trust them to fix the same damn problem that they created in the first place. Liberals are the Lucys of American politics, holding the football and promising that this time it’ll be different. We need to stop being the Charlie Browns.

In the Senate, liberals toss traditions like the filibuster out the window for political expediency. The president creates his own laws or changes ones that are already in place on a whim. There are no norms, there are no standards. Everything is a short-term political gambit, and little things like the Constitution are just obstacles to progress.

How does all this end well? It doesn't. It can't. That is, unless the American people come to their senses and demand that the Constitution, as it is written, be respected. That change come through the political process, through persuasion rather than diktat.

But if that doesn't happen, what then? What becomes of our system? How do we act when we take power again? Should we also ignore those same principles that we seek to reaffirm in order to reaffirm them?

Does the next Republican president simply announce that he's repealing Obamacare by executive order? Does he simply refuse to implement other laws we dislike? Does he refuse to collect foolish taxes? Does he use his prosecutorial discretion to decide to refuse to prosecute his allies? Is that what we want?

No, it is not what we want, but it may be what we get. We are not ones for unilateral disarmament. Our constitutional system is not a suicide pact, as many have observed. The liberals aren't going to like it when we apply the same ruthlessness to them.

If the rules of the game are now that there are no rules, then the only political currency is raw power. But we know what happens when there are no rules, where pure power is the sole measure of right and wrong. I served in countries like that. They are full of mass graves

The American system’s strength is not that everyone always wins. It is that the system cultivates our ability to lose gracefully, to understand that you were heard, that you had your say, that there was a process, and that you lost fair and square. It sustains itself by reinforcing its own legitimacy.

But if your losses aren’t fair, if you haven't been heard, if the rules have been bent or broken or ignored, that crucial legitimacy is gone. And then there are no rules to respect.

What keeps this grand experiment in freedom going is that we honored, at least until now, our Constitution’s boundaries. Sure, we pushed at the edges, nudged the envelope, sometimes fudged the line, but what is happening now is different. What's happening now is that the line is being erased.