So, How Do We Evil Tea Party Anarchists Win? 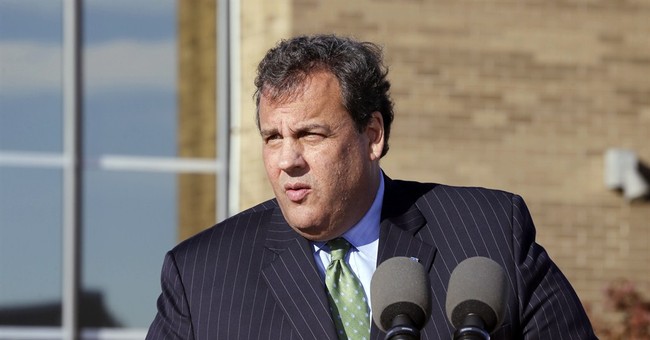 The establishment has declared us defeated, but we’re ready to fight like rabid wolverines. Now we need to think carefully about how we defeat our opponents over the long haul. And “the long haul” means many election cycles.

Our objective is not merely to take back power for a term or two but to permanently and decisively eliminate this fascism-derived chronic infection of the American body politic, progressivism. The first step is to finish the transformation of the Republican Party from an echo of the statist consensus into a liberty-focused opposition.

The shutdown/debt limit fight is properly understood as a fight within the GOP between the old guard and the up-and-coming, anti-status quo outsiders. The “RINOs” versus the “Tea Party” struggle is all about power and position. D.C. is now the richest town in all of Panem – I mean, America. To them, that’s great; to us, it’s obscene. Their priority is to maintain their perks. Ours is to achieve policy goals that would eliminate their perks.

Understand that if we win, the foundation they have built lives and careers upon goes away. Their lucrative K Street futures dissolve as the lobbyist cabal shrivels because a simplified tax code and the end of crony capitalism means fewer federal favors to dispense. Their Northern Virginia home values will shrink as we return the Capital to its proper status as an unpleasant backwater. And, as is already happening, instead of being able to strut about as petty gods, senators and representatives will be mercilessly observed, rated and measured, with those found wanting primaried out.

No wonder so many folks on our side of the aisle are terrified of us. We not only want to crush Democrats’ dreams, we want to crush the dreams of a bunch of Republicans too.

So, how do we get ourselves in a position to crush those dreams? We start at the bottom and work our way up until we absolutely control the GOP. In some ways we already do – even the establishment types pay lip service to our objectives even if they flail and fail when push comes to shove. The GOP’s agenda is now our agenda, no matter how much David Brooks and Jennifer Rubin whine. We now need to finish replacing the people who merely repeat what we believe with those who actually believe what we believe.

We must also stop with the, “I’m not voting at all anymore!” and, “We need a third party!” nonsense. These silly sentiments make Barack Obama smile. The GOP is ours. We man the phone banks, we knock on the doors and we provide the votes. Why should we leave because we actually believe in the platform? There’s an infrastructure already built with considerable brand loyalty – hell, it ran Romney and still got 47% of the vote. Let’s take it – it belongs to us anyway.

We must coolly and objectively assess our own situation and well as that of our enemies. That assessment shows us that we do not have the raw power – yet – that we need to force through our agenda. We would all love to see President Ted Cruz sworn in in 2017, but it probably isn’t going to happen. I wish it would, but we must approach the situation as it is, not as we wish it to be. Someone’s got to run against Hillary. I don’t like it, but I suspect annoying pseudo-conservative Chris Christie has the best shot of beating her.

Now, before you flood the comments with posts about how awful Christie is so that they actually outnumber the spam about how somebody’s cousin makes $4,879 a week working at home, remember: I don’t think Christie winning the nomination is a good thing. I think it’s a likely thing.

And because a situation we aren’t happy about is the most likely scenario, the objective of our 2016 offensive shouldn’t be a conservative presidency. Instead of huffing and puffing about another squishy presidential nominee, we need to understand that the presidency in 2016 is a supporting, defensive effort. The worst Christie is still better than the best Hillary, so we should support him when he gets the nomination (and we should work to deny the nomination to sure losers like the insufferable Jeb Bush – yeah, America is crying out for another Bush).

But we shouldn’t freak out about another squish nominee because our focus in 2016 shouldn’t be the presidency. The real fight in 2016 (and in the near-term 2014 elections) is in the down-ticket races. That’s our decisive effort – getting conservative local, state and congressional candidates elected. That we can do, and in spades. The presidential election will draw all the money and all the heat from the mainstream media. Let Christie handle that with his big money backers. He can even throw us conservatives under the bus to suck up to fussy pseudo-cons. Who cares?

Hey, we’ll vote for him, but only because he is temporarily useful to us. Our heart and soul and, most importantly, our sweat, will be going to those congressmen and senators who will keep him conservative if he wins, and who will neuter Hillary if he doesn’t.

Let me share a War College graduate’s perspective on what winning boils down to: Pick fights where you can put your strength against their weakness. And while you’re doing it, secure your flanks with what you have left after resourcing your attack.

So let’s pick the right fight, and let’s secure our flanks as best we can. Can we conservatives win a presidential fight in 2016? Probably not. But we can absolutely win down-ticket, where our strengths – activism and effort – really paid off in 2010. Let’s let the New Jersey governor secure our flanks and draw the fire and the ire and the lucre of the liberals. We will work in his figurative shadow, and they will never see us coming.

Defeated? The establishment wishes. If we ruthlessly focus on playing to our strengths, and avoid pouting because we sometimes have to hold our nose and support annoying squishes in the short-term, we can win. If you really want to stick it to the establishment, there’s no better way to do it than by winning.

So they lied to us about the war in Afghanistan, eh?
Hotair
Paranoia or Reality? Ahead of Monday's Pro-Gun Rally in VA, State Senator Warns 'We are being set up'
Redstate