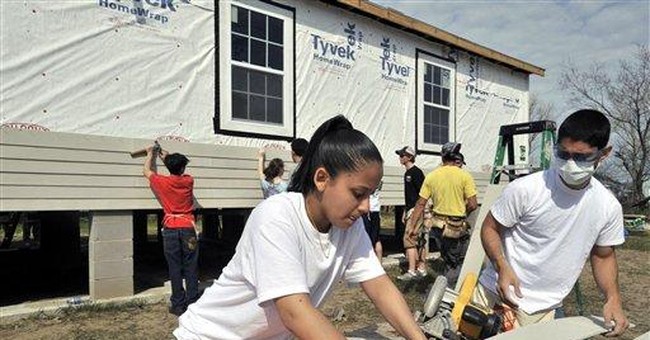 These are some of the disturbing statistics contained in an article about stressed out teenagers that appeared in the Health section of the July 15 edition of the Washington Post.

The article on over-achieving teens focuses on the health complications some teens face as they navigate the demands of school, extracurricular activities, jobs, and volunteer commitments in an effort to build resumes that will land them in good colleges.  While the story focuses on problems that may be more prevalent in upper-middle class suburbia, the statistics reported in conjunction with the story offer a disturbing snapshot of this generation: at least one third up to almost one half of America’s teens are engaging in behaviors that are detrimental to their physical and mental health and the development of personal responsibility and character.

Consider that this is a generation of children who are media saturated. Between television, movies, radio and the Internet children are bombarded relentlessly with messages that denigrate traditional values and character but promote everything from exploring bi-sexuality in reality shows like MTV’s A Shot at Love with Tila Tequila, to music that glorifies oral sex like the chart-topper “Lollipop” to an Internet environment that tells kids how to be a successful anorexic, how to commit suicide and how to order prescription drugs online.  Video games and computer use promote sedentary recreation  and some of the most popular, like Grand Theft Auto IV, glorify violence and immorality with abandon.

Kids live in a culture that worships celebrity and gives undue attention to the bad behavior of Hollywood stars.

Negative influences abound.  The July 13 edition of the Minneapolis-St. Paul Star Tribune reported on a national web campaign that “encourages young people to post strip-tease videos of themselves as a way of raising clothing donations for homeless youths.”

While it is true that rebelling against authority and pushing boundaries is a developmental milestone for adolescents, there is ample social science research that shows a positive correlation between media consumption and behavior.  Unlike traditional values, sex, drinking and drug use are celebrated, not scorned, by Hollywood.  Is it any wonder then that almost half of our teens are sexually active and more than one third are using mind-altering/mood-enhancing drugs?

In 2007 the Culture and Media Institute issued a report entitled The Media Assault and American Values which drew on data gathered in the National Cultural Values Survey and showed that the liberal media do assault traditional values on many fronts.  The statistics reported in the Washington Post show that the culture war is being waged in the hearts, minds and bodies of our teenagers.