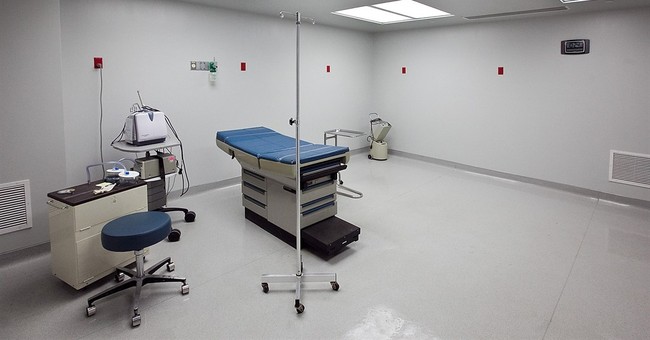 While the Students for Life of America team are on campuses every day across the country educating and activating the college-aged students; Planned Parenthood markets too, for their "create-a-customer" business model. Pro-lifers in Washington have been trying for years to defund this abortion Goliath for the hundreds of millions in taxpayer dollars they receive each year. But before we can successfully convince Speaker Boehner to stand up to those in his own party who are afraid of the abortion industry, we – conservatives – must expose Planned Parenthood to America as the number one abortion business in the United States and show the nation that Planned Parenthood is no different than late-term abortionist/infant serial killer Kermit Gosnell.

Planned Parenthood pays thousands in clothes and makeup for their spokesperson, Cecile Richards, and millions to public relations firms to make itself appear to be a clean, safe, and women-friendly organization. Their marketing is so successful that 59% of 18-24 year-olds do not even know that Planned Parenthood performs abortions! But their negativity towards the abortion Goliath increases when they find out the truth because, as I pointed out in my last column, young people just don't like abortion.

During the 2011-2012 fiscal years, the abortion Goliath received a record $542 million in taxpayer funding, an estimated $150 million in revenue from the 333,965 abortions they performed and more than $300 million in total revenue. Of all the people who visit Planned Parenthood nationwide each year, 1 in 10 of them are given an abortion – this number includes men, so obviously the rate for women is much, much higher. And now that Planned Parenthood has imposed abortion quotas on their affiliates - requiring each one to do a certain number of abortions - that “one in ten number” is bound to rise. Just like Kermit Gosnell, who reportedly made $1.8 million a year and owned as many as 17 properties, Planned Parenthood is an abortion business, plain and simple, profiting off of the destruction of human lives and deception of women.

But it’s not only the business aspect that Planned Parenthood has in common with Gosnell; it’s also the disrespect for the lives and health of women and children.

This weekend, an ambulance was called to Planned Parenthood's Margaret Sanger Center in New York City and photos show emergency officials hurriedly placing a young girl in an ambulance. And you know something has gone seriously wrong when an abortion facility allows an ambulance to park out front with its lights flashing, instead of asking emergency personnel to keep their sirens off and pull up in the back alley – wouldn't want other patients to see that you've botched another abortion, that's just bad for business.

In April, a Planned Parenthood in Delaware had to stop doing surgical abortions because of unsafe and unsanitary conditions similar to the ones found at Gosnell’s abortion facility. One nurse said of the operating room, “It’s not washed down; it’s not even cleaned off. It has bloody drainage on it.” She also said patients “could be at risk of getting hepatitis, even AIDS.” The abortion business had sent 5 women to the emergency room since January. Nurses said, "It was just unsafe. I couldn't tell you how ridiculously unsafe it was,” and quit over concerns that they could be held liable when the next patient was harmed. Delaware is the first state since Roe v. Wade to have zero surgical abortion facilities – because 4 clinics in recent years have had to shut down due to health violations, including two Planned Parenthoods.

In March, a Planned Parenthood official from Florida testified that a baby born alive during an abortion should be allowed to be killed, saying, “We believe that any decision that’s made should be left up to the woman, her family, and the physician.” Gosnell routinely killed babies born alive after an abortion – often by cutting their spinal cords. Apparently that’s a “decision” Planned Parenthood supports being left up to "physicians" like Gosnell.

Last July, a Planned Parenthood in Chicago botched the abortion of Tonya Reaves and failed to seek emergency medical assistance for her for 5 1/2 hours, which ultimately led to her death. Similarly, Gosnell delayed calling 911 for his non-responsive patient, Karnamaya Mongar, who died as a result of her abortion and lack of medical treatment when things went wrong.

In 2008, a federally-funded New Jersey Planned Parenthood nurse told me to my face that the only abortion procedure they do after 22 weeks involves inducing delivery. When I asked what happens if the baby is born alive, I was stunned when she replied simply, “It does happen, where it’s still alive…but it wouldn’t be able to survive on its own, so eventually the baby does die.” This is outright infanticide and proves it is still being practiced routinely in our nation and not just by "rogue" abortionists, as Planned Parenthood would lead you to believe.

The bottom-line is this: Kermit Gosnell is not unique. He is a product of the culture of death that Planned Parenthood's hundreds of millions in taxpayer dollars cultivates and encourages, beginning with our youth. While Students for Life's Planned Parenthood Project will soon expose Planned Parenthood’s corrupt, dirty, and deadly practices on campuses nationwide, it's time for Washington, starting with Republican House Leadership, to investigate and defund the abortion Goliath once and for all.